Two-Percent Growth Is a Loser for the Angry Middle Class But where’s the GOP solution?

Larry Kudlow
|
Posted: Feb 27, 2016 12:01 AM
Share   Tweet
The opinions expressed by columnists are their own and do not necessarily represent the views of Townhall.com. 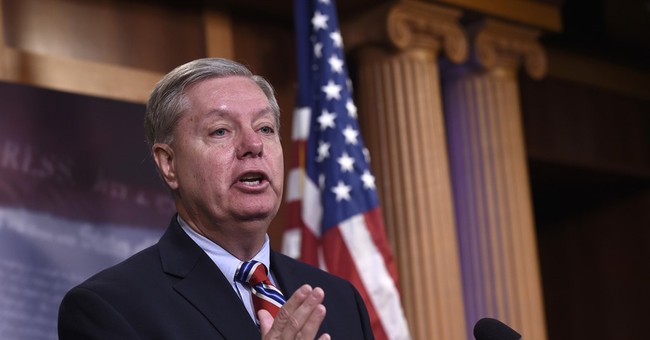 Coming off a deep recession, real GDP growth is averaging no better than 2 percent. After 25 quarters of so-called recovery under Obama, it has increased a total of only 14.3 percent.

And here’s the killer: Real middle-class wages are still flat-lining. These folks get nothing out of 2 percent growth.

As I feared, subpar economic growth never really came up in the Republican debate in Houston. Rather than growth, we got more cat fights. It’s time to get serious.

In a recent essay, John H. Cochrane, a senior fellow at the Hoover Institution, wrote that “sclerotic growth is the overriding economic issue of our time.” He has numbers to back this up.

But as Cochrane noted, if the whole post-WWII period had grown at 2 percent, income per person would have increased from $16,000 to only $23,000 -- about half of what actually happened at 3.5 percent growth.

There is a big difference between 2 and 3.5 percent growth. It’s not abstract or theoretical. Essentially, the middle class has not gotten a raise in 15 years. In fact, a new report from Sentier Research finds that median household income of $56,700 (adjusted for inflation) at the end of 2015 is almost exactly where it was at the end of 2000.

Not surprisingly, the middle class is cranky and angry. And they are voting for change. Significant change. As in throw-the-bums-out change. That includes presidents, members of Congress, big-company crony capitalists, and corporate welfarists.

The middle class is saying the system is rigged against them, and they want to change who’s running the system.

Much of this gets to the root of the inequality debate. Democrats like Hillary Clinton and Bernie Sanders want to raise taxes on the rich, saying it will solve inequality. It won’t. All that will do is significantly reduce incentives to work, save, and invest.

But I say inequality is not the problem. The problem is a lack of growth. Middle-class people who haven’t seen a raise in all these years don’t want to punish success, and they’re not jealous of those who have done well. They just want their piece of the pie.

And while the pie itself has stopped growing, the individual slices have gotten smaller.

Can you blame their anger and desire for radical political change? Nope.

Coming out of the caucuses and primaries so far, the economy has been the number-one issue. There’s a message there. And the GOP has to address the issue of growth versus inequality. So far they haven’t done it.

With the GDP report for the fourth quarter ended in December, we know that the inflation-adjusted economy is growing at 1.9 percent over the last year. Business fixed investment -- the category that produces good-paying jobs -- is growing at 1.6 percent. Low gasoline prices have helped consumer spending rise by 2.6 percent, but even that’s not a wildly optimistic number. The inflation rate, meanwhile, is a measly 1.1 percent.

All this tells me nothing has really changed. But we can change this fast.

Research has shown that middle-income wage earners would benefit most from a large reduction in corporate tax rates. The corporate tax is not a rich-man’s tax. Corporations don’t even pay it. They just pass the tax on in terms of lower wages and benefits, higher consumer prices, and less stockholder value.

So as I’ve written a million times: Slash the corporate tax rate to 15 percent for large C-corps and small S-corps, go to immediate tax deductions for new investment, and make it easy for firms to repatriate their overseas earnings.

This would be the single-most stimulative program for reigniting economic growth. Principally, it’s a middle-class tax cut. If you combine that with regulatory rollbacks and a stable dollar, within less than a year the U.S. economy can break out of its doldrums.

To all the GOP candidates: Please send this message. To my Democratic friends: Why not revive the legacy of the JFK tax cuts? It would be a whole lot better than punishing success.