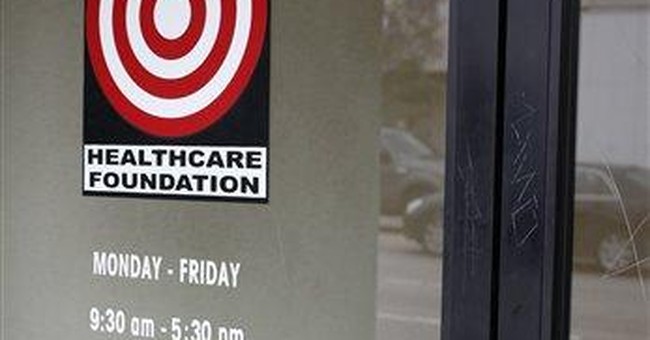 Why do we need President Obama’s big-bang health-care reform at all? What’s the real agenda here? If it’s really to cover the truly uninsured, a much cheaper, targeted, small-ball approach would do the trick. But on the other hand, maybe the real goal is a larger, ultra-liberal plan aimed at a government takeover of the U.S. health system.

In a recent column, Larry Elder points to an ABC News/USA Today/Kaiser Family Foundation survey that shows 89 percent of Americans are satisfied with their health care. That means up to 250 million people could be happy with their plans. So why is it that we need Obama’s big-bang health-care overhaul in the first place?

In a new Pew Research Center poll, only 41 percent of those surveyed believe the U.S. health-care system needs to be completely rebuilt. In early 1993, when Mr. and Mrs. Clinton started on health-care reform, 55 percent said the system needs a complete overhaul. So something has changed.

There’s more. According to the U.S. Census Bureau we don’t have 47 million folks who are truly uninsured. When you take college kids plus those earning $75,000 or more who choose not to sign up for a health-care plan, roughly 20 million people are removed from the list of uninsured. After that you can remove the 10 million who are not U.S. citizens and the 11 million who are eligible for SCHIP and Medicaid but for some reason have not signed up for those programs.

So that leaves only 10 million to 15 million people among the long-term uninsured.

Yes, they need help. And yes, they should get it. But not with mandatory universal coverage, or new government-backed insurance plans, or massive tax increases. And certainly not with the Canadian-European-style nationalization that has always been the true goal of the Obama administration and congressional Democrats.

Instead, we can give the truly uninsured vouchers or debit cards that will allow for choice and coverage, and even health savings accounts for retirement wealth. According to expert Betsy McCaughey, rather than several trillion dollars and socialized medicine, this voucher approach would cost only $25 billion a year -- with no socialized medicine.

Columnist Peter Robinson, writing for Forbes.com, relates an interview with the late free-market Nobelist Milton Friedman about the inefficiencies of health care. Friedman stated simply and clearly that the cost problems in our system can be traced to the fact that most payments for medical care are made not by the patients who receive the care, but by third parties -- typically employers or government.

"Nobody spends somebody else’s money as wisely as he spends his own," said Friedman. He also fingered the tax code, which allows for an exemption from the income tax only if health care is employer-provided. This is a free-lunch syndrome, one that removes incentives for competition and cost-control because we’re all playing with somebody else’s money. And in the case of Medicare and Medicaid, caregivers have become employees of insurance companies and the government.

A new government-backed insurance system will intensify this free-lunch syndrome. It also will surely lead to a government takeover of what’s left of our private-enterprise system.

But the Democratic agenda has never really been just about the uninsured, has it? And according to the Congressional Budget Office, with a price tag of $1.6 trillion in new spending, it certainly hasn’t been about real cost-cutting or budget restraint. Nor has it been even remotely about true market choice and competition. Nor has it been about tort/trial-lawyer reform, which itself would be a major cost cap.

And let’s not forget a spate of new tax-hike proposals that would sink economic recovery: employer benefit taxes, higher payroll taxes, taxes on soft drinks and alcohol, a VAT tax, or another income-tax hike for successful earners. And remember, existing health-care entitlements are estimated to be roughly $80 trillion in the hole over the decades to come. Wouldn’t it make sense to solve these bankrupt entitlements before we layer on new ones?

So there is a strong suspicion that the Democratic agenda has always been a class-warfare, anti-business attack on private-sector doctors, hospitals, insurance firms, and drug companies. In the name of cost cutting, what’s really going on is a major knockdown of profits. Liberals have always railed against the "excess profits" of insurance firms, drug companies, and physicians.

Knocking down profits and telling people what to do because government planners know best, right? Wrong. Absolutely wrong.

Here's What the Chinese Defector Has Reportedly Given Us About COVID...But Also on Joe and Hunter Biden
Townhall
'Asians fight back against white supremacists in Dallas': Asian business owners defend their store pretty aggressively
Twitchy
Lauren Boebert Had the Perfect Message for Antifa Harassing Conservatives in Denver
Redstate
Portland Mayor Scrambles as Fallout From Mass Resignations of Portland Riot Squad Begins
PJ Media