The Death of Democratic Capitalism 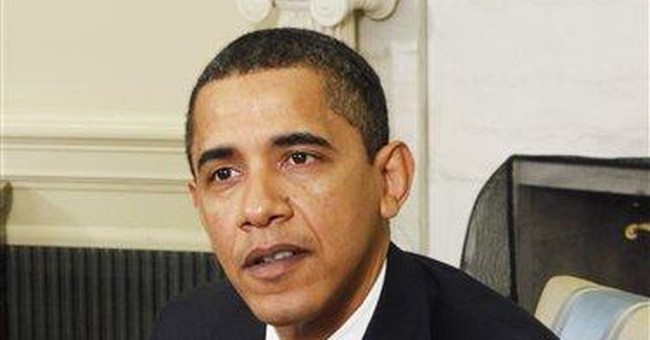 How far will the Obama administration move to assert regulatory control over key sectors of the economy? Are we moving away from democratic capitalism, and toward some sort of corporatist state-directed economy? That could be the biggest stock market and economic-growth issue facing us today.

Stocks plunged almost 300 points on Monday over new fears of bank nationalization. On Tuesday shares recovered about 100 points after Treasury man Tim Geithner testified that repayment of TARP loans would be okay in some cases. But Geithner added that the decision to let banks repay the federal government will largely depend on the credit needs of the broader economy.

So while some investors believe Tim Geithner backed away from the prospect of government-controlled banks, it’s really not clear that he did so.

The issue at hand is the possible conversion of the TARP money now held by banks in the form of non-voting preferred stock into common stock with full voting rights. White House and Treasury officials have spoken of this possibility in recent days, and it plainly raises the issue of government ownership and backdoor nationalization of the banks -- or at least the major banks.

To wit, Goldman Sachs and JPMorgan look to be recovering their health. They want to de-TARP, and perhaps Geithner will let them. But if he doesn’t, these institutions might be forced to convert their preferred TARP shares into common stock, thereby giving Team Obama tremendous sway over their operations. As for the less-healthy big banks, one suspects the government will increase its 36 percent ownership in Citigroup and take a new ownership position in Bank of America.

The results of the government’s economic “stress tests” -- due early next month -- will complicate these calculations. And at the end of the day I think Team Obama will interpret the stress tests in whatever manner serves its larger purpose, which I suspect is backdoor nationalization.

Just to confuse matters more, the congressional strings attached to TARP might not only apply to the banks, but could apply to participants in TALF and PPIP -- the new government-lending programs designed to detoxify bank balance sheets. I don’t know this is the case, but it could well be the case.

This is why most private investors have stayed away from the two early TALF auctions. And JPMorgan CEO Jamie Dimon says his bank won’t play in PPIP because “we’ve learned our lesson.” He calls TARP a “scarlet letter.” But what he’s really saying as America’s leading banker is that he doesn’t want his bank or shareholders to be run by the government.

An old friend e-mailed me this week about how to characterize Obama’s economic interventions into the banking and auto sectors (with health care next on the list). He says it’s not really socialism. Nor is it fascism. He suggests its state capitalism. But I think of it more as corporate capitalism. Or even crony capitalism, as Cato’s Dan Mitchell puts it.

It’s not socialism because the government won’t actually own the means of production. It’s not fascism because America is a democracy, not a dictatorship, and Obama’s program doesn’t reach way down through all the sectors, but merely seeks to control certain troubled areas. And in the Obama model, it would appear there’s virtually no room for business failure. So the state props up distressed segments of the economy in some sort of 21st-century copy-cat version of Western Europe’s old social-market economy.

This is all very disturbing. For three decades supply-siders like me and my dear friend Jack Kemp talked about democratic capitalism. This refers to the small business that grows into the large one. It means necessary after-tax incentives are being provided to reward Schumpeterian entrepreneurship, innovation, and risk-taking.

Do we truly believe that raising tax rates on investors and moving to some sort of government-controlled banking system will sufficiently fund the entrepreneur and sustain democratic capitalism? Do we really believe that a federal-government-directed economic system will generate a sufficient supply of capital and credit to produce a strong economy?