The 45th President Will Need to Employ Smarter Power

Larry Kelley
|
Posted: Feb 01, 2016 10:29 AM
Share   Tweet
The opinions expressed by columnists are their own and do not necessarily represent the views of Townhall.com. 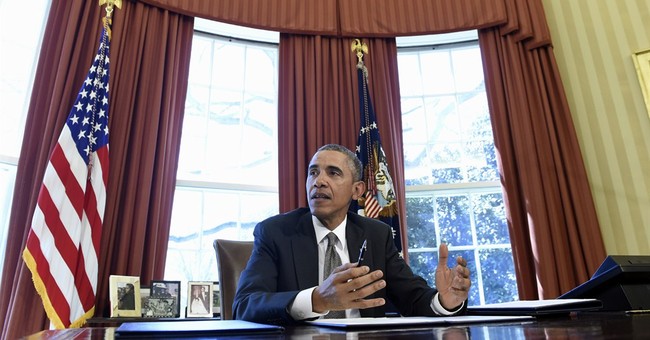 Before Obama’s election in 2008, in the halls of American academia, among the deans of international studies, the concepts of soft power versus hard power had been well-established bipolar modes of operation by which America conducted its foreign policy. For the academics, soft power was comprised of diplomacy such as the offering of mutually beneficial treaties and trade agreements or the offer of aid. Hard power was the offer of military action to defend an ally or the threat and or use of military force against enemies.

With the election of Obama, the American political and academic left concluded that his administration needed a new form of power, the name for which was first coined by Harvard professor, Joseph Nye, as “smart power.” This construct would be a combination of the two powers, soft and hard. This was absurd in that it was hardly new. All great powers dating back to the Roman and Athenian empires used both soft and hard power in their foreign relations. But “smart power” would be different because, unlike Bush who used too much hard power, Obama would emphasize the soft, and call it “smart.”

As Mike Moyar in his fine book, Strategic Failure, put it, “The term “smart power” was aimed more at praising liberals and denigrating the allegedly heavy-handedness of the Bush administration, …and was meant to convey their conviction that Bush Republicans had been dumb.” The Obama administration’s, overreliance on soft power, characterized by military disengagement and risk-adverse diplomacy, was what proved to be dumb. Over its first seven years, the Obama team’s ‘smart power” employed in diplomacy with Libya, Iraq, Syria, Egypt, Gaza, the West Bank, Israel, Somalia, Yemen, Russia and China, succeeded in all these states to spawn more aggression, war and terrorism, not less. Our faculty lounge president narcissistically discarded the obvious lesson of past administrations which is that soft power usually fails when hard power is not present to protect it. He was forced to overlook the fact that newly liberated patriots can’t run schools or introduce more modern farming projects if policemen and judges are easily and wantonly assassinated by jihadists.

A New “Smarter” Power could Begin by Dumping the Palestinians

For seven administrations dating back to the Carter years, the U.S. along with other nations poured billions of dollars of aid into the Palestinian-held ‘West-Bank” an area once part of ancient Israel. In 2014, $793 million or about a quarter of Palestine’s $3.1 billion dollar budget came from foreign aid. This represented $176 for every man, woman, and Palestinian child, by far the highest per capita assistance in the world. Yet in 2014, $75 million of that aid never got to the development of Palestinian infrastructure which the donor nations had long believed was so necessary to promote a prosperous and eventually peaceful Palestine. It went to funding Palestine’s terrorists and their activities.

Between 1993, when the Oslo process began, and 2013, the Palestinians received $21.7 billion in aid according to the World Bank. Its leaders had the chance to use all those funds to build infrastructure and promote peace. They didn’t. Instead they diverted significant portions to subsidizing terrorists, building cross-border tunnels, and purchasing thousands of missiles which, in recent years, have rained down on Israel.

The 45th President could begin by posing the following questions to his country and the world, “Why should the U.S. be funding terrorism? Doesn’t it go to a larger moral issue? Can we in good conscience fund the murder of the citizens of our closest ally, Israel?” In so doing he or she could begin a powerful propaganda war against all Islamic terrorism, while putting all of Islam on notice that the U.S. will no longer be duped into playing their double game. No longer would we be funding or even be non-committal about Muslim regimes who are covertly funding or actually conducting jihadist operations against the U.S. or our allies.

For six decades, the Muslim world, along with the American and international left, has used the supposed plight of the Palestinians as their cause celeb for why the West and Israel should capitulate to the demands of the Palestinian jihadists. The Palestinians were supposedly the front-line combatants in the war to throw off the domination of the former colonialist powers. They were the representatives of western aggression against the Muslim world. The new American president could simply end America’s acceptance of this ruse by making further U.S. aid to the Palestinians contingent upon the following demands:

1. The Palestinians make their accounts transparent to the Western donner nations so that they can be sure that not one cent is spent on terror.

2. The Palestinians concede that Israel has a right to exist.

If the 45th president would do this at the outset of his first term, he could jump start the reintroduction of American world leadership and put radical Islam on notice that this country’s new game would be “smarter power,” that is, hardball.