Lance Izumi  |  Sep 14, 2019
The opinions expressed by columnists are their own and do not necessarily represent the views of Townhall.com.
Top Columns
Trending on Townhall Media 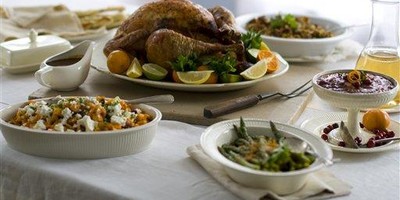 Editor's Note: This piece was coauthored by Michele Steeb, the former CEO of Saint John’s Program for Real Change.

The television images of homeless adults, tent cities, discarded drug paraphernalia, and filthy conditions in America’s urban landscapes are shocking. The homeless people in these scenes didn’t grow up saying, “I can’t wait to become an addict and live on the street.” Clearly, several things went wrong over the course of their lives.

For many living on the streets, the path to homelessness started early, with childhood trauma and adverse experiences.

For example, in Santa Clara County, just south of San Francisco, 78 percent of homeless adults grew up in a household with a person with drug or alcohol dependence; 65 percent endured psychological abuse as a child; and 37.5 percent experienced homelessness as children.

Considering that Federal Department of Education statistics show that nearly 1.4 million students attending public school experienced homelessness in the 2016-17 school year, 27 percent more children than in 2010-11, the alarm bells should be ringing everywhere.

This Administration needs to address the rising numbers of “street homeless,” but even greater attention needs to be directed toward helping homeless children because the consequences of their homelessness are profound.

By the time a homeless child is eight years old, one in three has a major mental disorder.

The rising tide of children facing homelessness today will become a tsunami tomorrow unless we get to the source of the problem.

The federal Department of Housing and Urban Development’s one-size-fits-all, faulty-evidence-based policy called “Housing First” is at the eye of this hurricane.

Under Housing First, rolled out under the previous administration with the promise to “end homelessness,” aims to provide the homeless with housing for life, without any accountability, incentives, or requirement to change behavior.

Given that the data that shows that 50+ percent of homeless parents are struggling with addiction, and a similar proportion with mental illness, this policy risks exposing their children to additional trauma, and to poor role modeling.

HUD policy discriminates against families by limiting what constitutes a homeless family. Many family–focused non-profits have been forced to close, while others have had to radically change service models to fit HUD’s no-sobriety, no-accountability requirements.

Despite a $1 billion increase in HUD homelessness spending since the 2010-11 school year, homelessness among children is increasing and shows no signs of abating. HUD’s Housing First policy has ignored what is in the best interest of children and isn’t helping adults either, with homelessness at crisis levels.

HUD argues that this crisis is due to a lack of affordable housing and over-regulation, taking the focus off the failures of its decade-long, ‘ending homelessness’ policy.

President Trump now needs to force HUD to change direction completely and return Housing First to its original purpose as a targeted solution for the severely-addicted and mentally ill homeless.

In addition, he should request that the White House Council of Economic Advisors evaluate HUD’s research claiming that Housing First is evidence-based for all populations, including families, children, and youth.

He should force HUD to adopt the Department of Education’s definition of homelessness, accounting for children staying in motels and sleeping on people’s floors or couches, so that the growing number of homeless women and children are not hidden from public policy or funding.

He should designate the Administration for Children and Families within the Department of Health and Human Services as the agency responsible for homeless families. ACF is much more in tune with the needs of homeless families and children.

And Mr. Trump should create partnerships with churches, the private sector and philanthropy to support the many programs across the country that have demonstrated results in creating self-sufficient individuals and families.

Continuing to support failed homeless policy will guarantee that the homeless crisis metastasizes into a national catastrophe.

Lance Izumi is senior director of the Center for Education at the Pacific Research Institute.

Michele Steeb is the former CEO of Saint John’s Program for Real Change, a Sacramento, California-based residential program that supports women and children struggling with homelessness, mental illness and addiction to become self-sustaining. Due to their sobriety accountability and work requirements, Saint John’s has lost millions of dollars in public funding. The Program has successfully served over 30,000 women and children since its inception in 1985.