These SJWs Are a Drag

Kurt Schlichter
|
Posted: May 25, 2022 12:01 AM
Share   Tweet
The opinions expressed by columnists are their own and do not necessarily represent the views of Townhall.com. 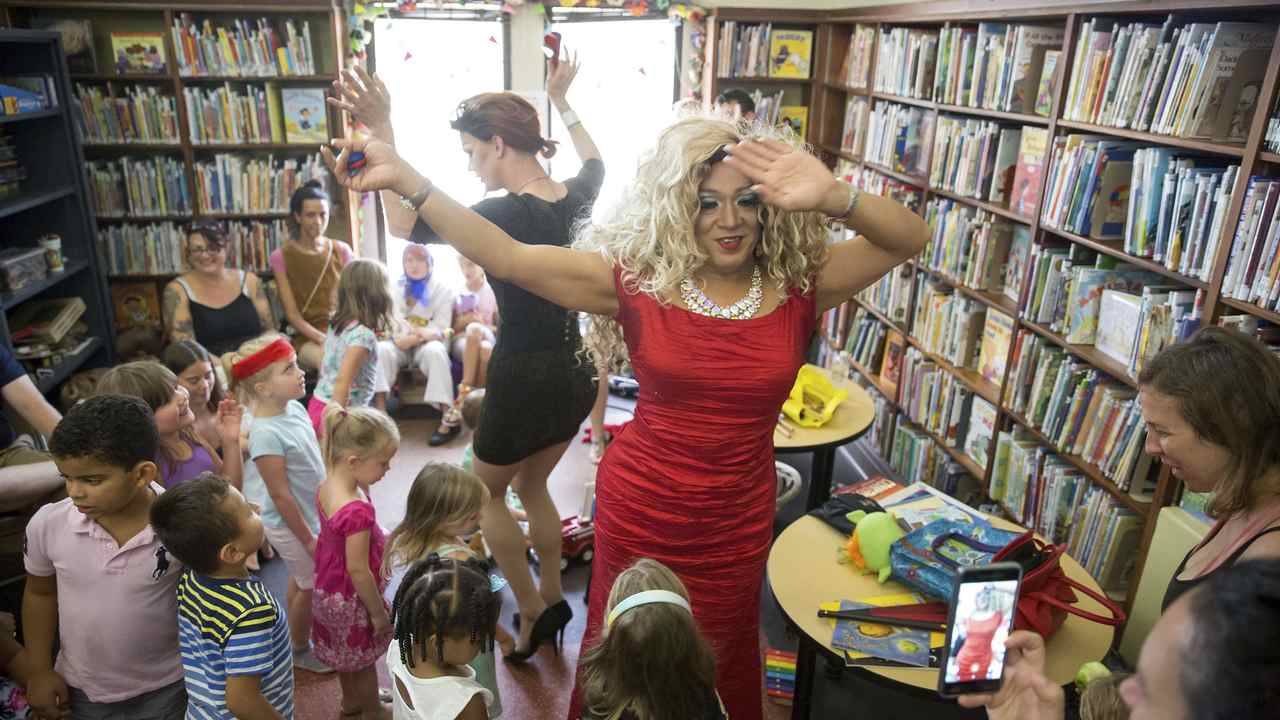 What is this weird leftist obsession with drag queens? They aren’t edgy or interesting; they are sad and creepy, like evil clowns. Yet the wokesters seem to have this bizarre dedication to making us – and our kids – deal with them. And some of the fellow travelers of the fellows in dresses are people who should know better, like churches. What is this bizarre fetish and why are they so intent on us indulging in it?

It's not even five months into the year and already 135 perverts masquerading as teachers have been charged with some form of kiddie sex crime. Keep in mind, that’s just the ones who got caught. With the Internet full of videos of skeevy teachers proudly shouting their grooming, it’s pretty clear that the Republicans have a huge issue to run on in the mid-terms – but what to do about this nightmare when we take power again?

Stop Dragging My Stomach Around

Okay, even before drag queens became some sort of cultural priority and liberal fetish, I thought they were weird and uninteresting. Men dressing up as women? What was that supposed to do? Were they brave rebels rebelling against the uptight prudes who don’t appreciate a shaved mook crooning Ethel Merman tunes?

It’s transgression for the sake of announcing “Hey, look at me, I am transgressing your bourgeois values!” It’s really less about their delusions than delight at making us uncomfortable. But they aren’t making us uncomfortable because their free spiritedness is so in-your-face that it makes us realize our own narrow-mindedness about ideas of gender and sexuality and blah blah blah. We’re happy with what dummies call the “gender binary” and we call “men and women and nothing follows.” No, we’re uncomfortable precisely because its not edgy, it’s not sexy, and it’s not interesting. It’s also not appropriate for little kids no matter how convinced David French is that some slob decked out like a Technicolor Streisand is the keystone in our Founder’s edifice of ordered liberty.

A guy in a dress is, at the end of the day, a guy in a dress who absolutely wants you to know he’s in a dress and for that reason pay attention to him. It’s not fierce. It’s sad, and its weird, and we need to say so. And if we stop paying attention, maybe they will go away.

The whole idea that we are supposed to pretend that public school teachers are some sort of heroic caste of brave icons going out there and making a difference always struck me as bizarre, especially since I went to public schools my whole life except law school. Some teachers were good. Some were bad. Some were just human wallpaper in the corridors of my life. Luckily, in my case, none tried to do me.

Can kids today say that?

Teaching kids stuff appears to be of secondary concern today. Between CRT and perverted gender garbage, there seems little time for math and reading. Is there anyone out there saying “You know, the kids coming out of school today are quality people who can handle the challenges of the modern world?” No. Instead, you too often find emotional basket cases who can barely construct a sentence.

The total failure of public-school education is apparent to anyone who isn’t willfully blind or an MSNBC viewer, to the extent that’s not redundant. And it’s a gift-wrapped issue for the GOP. Glenn Youngkin took wokism and surfed it into the state house. Even lib wine women – at least the ones who aren’t so rich they can send young Kaden and Ashleigh to snooty prep schools – were appalled at what they found was in the syllabus while the kids were as the lazy unionized teacher abandoned their classrooms. We win if we take these bums on, but what do we do when we win?

We’d love to pass some laws, like banning CRT, banning grooming, outlawing teachers unions and limiting administrative bloat (at the fed level, we can do that by conditioning money on compliance). But the crusty old pervert is still allegedly president, so we’re not passing any laws until January 2025.

Instead, we must do oversight, and then outline what we will do once we take power. Drag up the weirdos, losers, and mutations and make them testify to their insanity. Remember how memorable the goof who assured Congress that men could get abortions too was? We need lots of that, coupled with the promise of reform when we take power.

And then we need to do it – promises made, promises kept. There are a lot of sissies in the GOP, too many. We should not trust McConnell or McCarthy to take vengeance on the education establishment because it is the right thing to do but because doing so will win them votes – and failing to do it will spark a backlash. This is our big chance to save a generation of kids and we need to take it.