Looking Back at Trump, He Was the Fighter We Needed Against the 'Elite'

Kurt Schlichter
|
Posted: Jan 22, 2021 12:01 AM
Share   Tweet
The opinions expressed by columnists are their own and do not necessarily represent the views of Townhall.com. 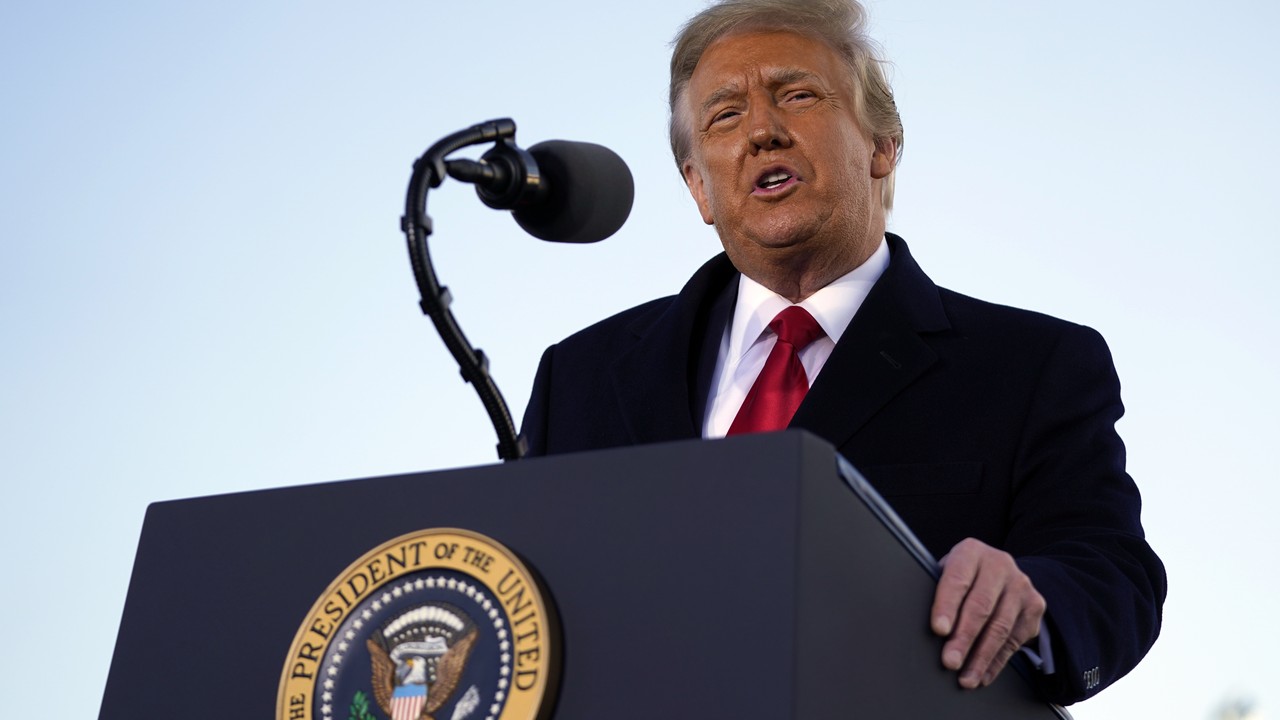 Here is my verdict two days after: I am unreservedly happy that we had Donald J. Trump as our president for four years.

But I am not uncritical. And I am as yet unconvinced that his unique combination of personal qualities is what we need in 2024, though my guess would be – and it’s really just flipping a coin, people – is that he will not run again. But who knows? Stranger things have happened, like him being elected in the first place. Trump’s track record as the most conservative president since Reagan is indisputable, as is his success in actually accomplishing conservative things.

George W. Bush is currently busy sucking up to his new friends Barack and Bill – those of us who had his back when his current clique was calling him “Chimpy McHaliburtonHitler” are embarrassing to him now that we’re not useful – yet in office, he did nothing but run his fool mouth about compassion and send others off to wars the elite was unwilling to win. Bush’s legacy is a disaster, but maybe he can make up for it by painting some more portraits of troops his incompetence got maimed.

Those Three Stooges of Establishment Unearned Arrogance up there with President Asterisk during his Potemkin inauguration were high-fiving each other over the return to the failed status quo. Yet the Clinton-Bush-Obama triumvirate of mediocrity was perhaps more responsible for Trump than anyone else.

We saw what our elite was, and said, “Oh, hell no.” We elected the anti-Clintbushbama.

Trump questioned the status quo back when you saw “Question Authority” bumper stickers on Priuses. Now those stickers read “Ban Faux News for Daring to Challenge the Narrative.” He saw the Iraq and Afghanistan wars, asked why, and concluded that the mush-mouthed answers of the elite aside, those desolate hellholes were not worth the bones of a single Nebraskan paratrooper. He looked at the Wall Street meltdown/bailout and saw it for the scam it was. He saw factories packed off to Chi-Comland and watched the suffering of hardworking, patriotic, unelite Americans dismissed with a sneer and advice to learn to code.

He spoke for the people those in the smart set are supposed to hate.

That, along with his absolute refusal to care what anyone thought, was his greatness.

And that was also his greatest weakness. Sometimes you need a fighter, but the thing about fighters is that they fight. And sometimes, they fight when other tactics might be more productive. Trump acted exactly as we expected him to, even when we did not necessarily want him to. It was always amusing to see people sigh and wistfully remark that “I only wish Trump would stop with the tweeting,” but a Trump without the tweeting is not a Trump. He was a prix fixe menu with no substitutions. Yeah, you get the fantastic New York steak, but you also get the gross root vegetable puree that makes you retch instead of the creamed spinach you love.

If you wish for a Trump without the rough edges, you are not wishing for a Trump at all. You would forego his greatness for Mitt-ish mediocrity.

Of course, Trump went into full fight mode after the Establishment dragged Asterisk to a very narrow pseudo-victory through outright fraud, unconstitutionally-enacted and scam-inviting laws and regulations, and norm-shattering outright partisanship by the media. Do you think, if there was evidence of massive foreign corruption and pics of a snoozled Don Jr. letting his crack pipe hang out, the media would have covered it up like they did for Hoover Biden? If you do, you’ve must have been banging rails with him in the White House bowling alley Wednesday night, and if you aren’t careful you may end up with your own stripper baby.

There was a cunning play to be run after the unfair election, but Trump did not pick the cunning play and instead of playing out his legal challenges and seeming to gracefully accept the inevitable and running out the clock, he let himself be sucked into a morass of kraken-fueled chaos. His treatment of Mike Pence for the loyal veep’s refuse to pretend that there was some magic wand that could undo the injustice after New Year’s was obnoxious. Personnel was always his weakness. He selected bums early on and it cost him. Worse, he showed little loyalty to those, like Pence, who served him well. People who helped him needed pardons, and did not get them. But hey, now that Kodak Black is in the clear, he can make some more anti-Trump rap videos.

There’s no reasonable case to be made that Trump is morally, much less legally, to blame for the Capitol Hill mini-riot. The FBI doesn’t seem to think so, charging some of the Viking-clad eccentrics who participated with planning it ahead of time. That sure makes the whole “Trump’s speech incited the multi-ethnic white supremacists” thing tough to prove.

And if they were smart, they would not try. Impeachment II: What, This Again? may just fade away since Asterisk wants to get busy right away returning America to how it was before Trump fixed it. The whole thing is a fraud and a scam, but that’s the establishment way. And if the Senate did ban him from public office – wait, I thought they loved them some democracy yet taking away the ability of the people to decide if Trump deserves another term seems pretty undemocratic – then that solves some real problems for the GOP. And it gives Trump an out. He’s getting older. He certainly wants to show these bastards they can’t beat him, but maybe he also wants to enjoy himself. After all, it’s good to be the kingmaker.

But after what Wyoming is doing to Mitt Cheney for her betrayal, most of the GOP saps will refuse to convict – if they can’t do what’s right because it’s right, then let them do it because they fear a primary. And Trump will face a decision. Maybe he chills, or maybe he decides to get his Grover Cleveland on.

The big question is whether Asterisk and, after the whole 25th Amendment thing goes down, Selina Kamala Meyer screw up as big as we expect. Then maybe the voters will decide, once again, that a few mean tweets aren’t so bad.

See what might happen now that our president is a pinko zombie with delusions of sentience. Get my newest novel Crisis, as well as my other four novels of America splitting into red and blue, People's Republic, Indian Country,Wildfire, andCollapse!