Ditch The Debate And Keep Your Pants On While On Zoom

Kurt Schlichter
|
Posted: Oct 21, 2020 12:01 AM
Share   Tweet
The opinions expressed by columnists are their own and do not necessarily represent the views of Townhall.com. 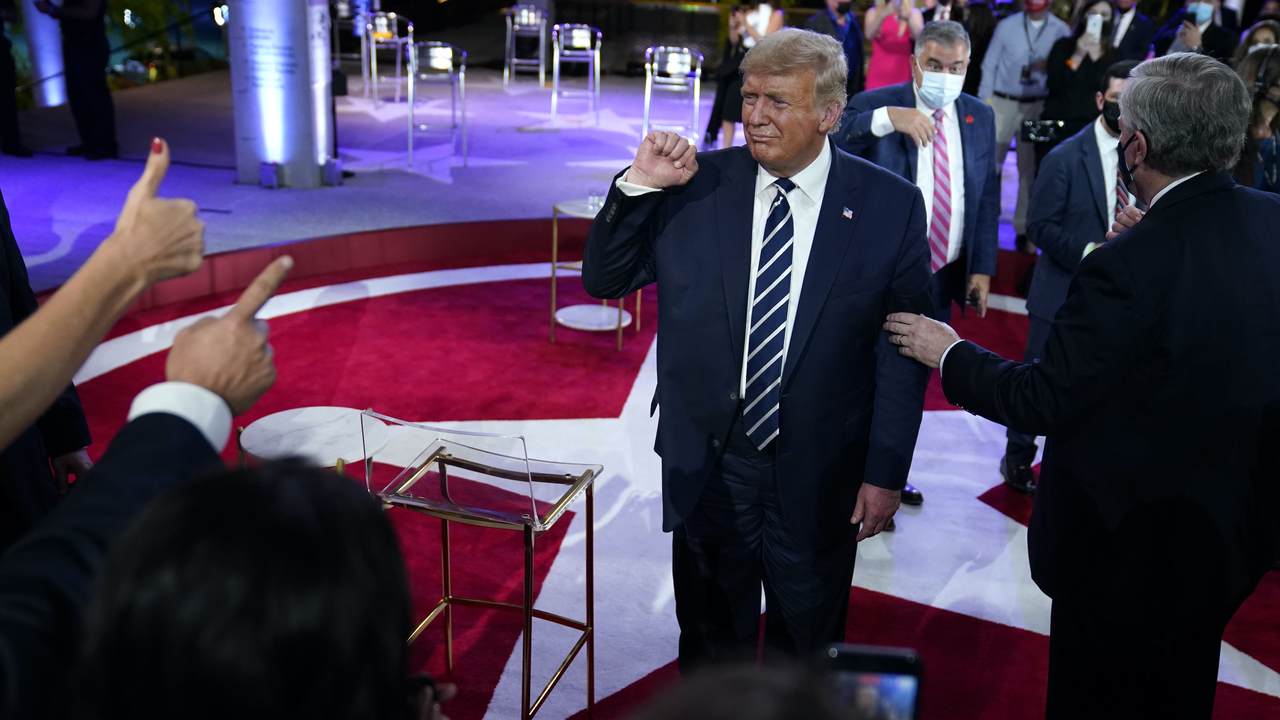 Okay, why is the President walking into yet another liberal kill zone? I get that he’s fearless, but we seem to be kicking it on all cylinders now and why create a chance to disrupt our glide path to victory?

Also, here’s a bit of on-line conferencing etiquette in case you are confused. Keep it in your pants.

And speaking of remarkable meat, I talk about my latest steak adventure.

This Debate Is An Ambush

Kristen Welker is a Democrat operative who has completely changed the focus of the debate, unilaterally shifting the topics from “Foreign Policy” to “All the Things Grandpa Badfinger’s Handlers Want to Talk About.” I don’t think the President should do the debate, but what do I know? Betting against Trump’s cunning is a losing proposition, as President Felonia Milhous von Pantsuit can testify to between gulps of Chardonnay.

Welker proposes to waste our time and set up dingers for Hoover’s Pa on subjects like the climate hoax and race in America, as if Trump hasn’t decried white supremacy a hundred times already. Now, Trump can totally turn the tables and use a climate hoax question to point out how Kamala’s Quarry wants to render a million Pennsylvanian’s unemployed, but Kristen Crowley will leap in to block for her quarterback. The idea that she will let Trump win is a (Hunter’s crack)pipe dream.

Trump will look “mean,” which I like and you like, but a lot of sissies Nadler themselves about. You know the media will declare Biden the winner even if his desiccated carcass collapses in a cloud of dust.

Maybe Trump doesn’t skip the debate. Maybe he demands ahead of time that Welker commit to ask about Biden’s manifest corruption – and to follow up – if she wants Trump to appear. That gets the issue out there, gets people conscious of how the media is protecting the corrupt, crusty crustacean, and if she doesn’t agree, Trump has taken Biden out of the picture this week for nothing – the dude seems to have called a perma-lid.

We all know Trump is not afraid, but this is an ambush and you don’t avoid ambushes because you’re scared. You avoid them because they are bad.

Don’t Display Your Junk On Zoom

Twitter exploded in twittering about Jeffrey Toobin’s tubin’ the other day, and this just reinforces my well-established position that our alleged establishment betters are a bunch of clowns.

What is the decision-making process that began with “I will sit down to do this Zoom call” and ended with his pants around his loafers? Something happened in-between those points in time that I can’t wrap my head around. What the hell was he thinking?

Well, he wasn’t, because so often our garbage Establishment’s members don’t need to think. They get a pass on behavior that destroys us mortals.

Now, Toobin got caught, and his misfortune is that he is to be sacrificed because this can’t be, if you pardon the expression, covered up. The Establishment will occasionally cast aside members if they are of no use any longer, or if the crime is horrendous enough. It’s unclear if Toobin – who looks like a guy who would make Ogre start bellowing “NERD!” – was ever really useful for anything. Bad lawyers on TV are pretty common, and he only distinguished himself by the transcendent badness of his bad takes. His previous crime was allegedly trying to get some chick to abort her kid, which is actually a plus for liberals.

This incident also reaffirms my Iron Law of Liberal Nudity: When a liberal gets naked outside of cable TV, it’s never one of the hot ones.

Our betters are much, much worse.

Okay, Once More On Steaks

You people love the meat talk – again, not the Jeffrey Toobin kind, the steak kind. And I thought I had drained that well but I gotta share last weekend’s preparation tactics, techniques, and procedures. My steak crony Drew Matich came over – oh yeah, we definitely wore masks whilst chewing as ordered by Governor Hairstyle – and I wanted to try some tweaks.

Here’s what I did.

I took two New York strips, prime and marbled like a rib-eye, out of my freezer, where I had stored them (vacuum packed) after getting them at Costco. I don’t know who the butcher who carves out 1.5-inch-thick brontosaurus cuts at my Costco is, but I want him as governor. For Irina, I did a prime filet.

So, I thawed them and put them out in a casserole dish until they hit room temp, then dusted them with Lawry’s season salt, pepper, and some Tony Chachere’s Cajun seasoning (it does not make them hot), then let them rest while I fried a pound of bacon in my cast iron skillet. The bacon that got past me, Bitey, and Barkey, went into Irina’s fantastic wedge salad. I melted some butter in the oil and spooned it over both sides of the steaks – not too much. I let it sit out for four hours.

I put the oven at 275 and cooked them for 40 minutes until they hit an internal temp of 130 (medium rare). Then I seared them in the boiling bacon/butter oil that remained.

It was astonishingly good. We were happier than Hoover Biden caught on-camera in an all-you-can-snort opium den run by Chi Com intelligence.

I am in the process of finishing Book V of my best-selling conservative thriller series about America splitting into Red and Blue. Crisis drops in November (it’s pretty lit so far), and you should prepare for it by reading People's Republic, Indian Country, Wildfire, and Collapse now. Also, get my new non-fiction book The 21 Biggest Lies about Donald Trump (and You!)! My super-secret Townhall VIP email address is kurt.schlichter@townhall.com.