Kurt Schlichter
|
Posted: May 27, 2020 12:01 AM
Share   Tweet
The opinions expressed by columnists are their own and do not necessarily represent the views of Townhall.com. 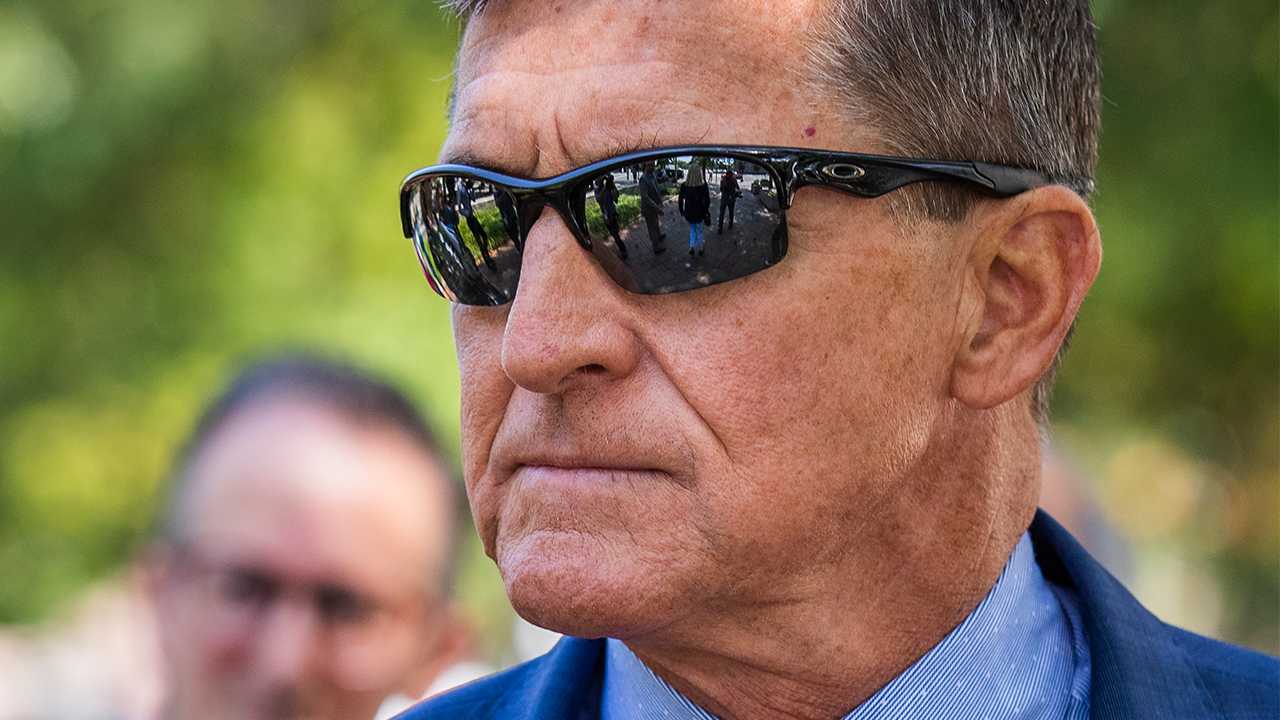 What the Heck Is Going on With Flynn?

Let me leverage my lawyerness for you and try to explain this mess. Okay, the Department of Justice has decided, for a change, to live up to its name. It took a look at all the facts surrounding the Mike Flynn guilty plea and found a few problems. Those problems included massive prosecutorial misconduct. That took the form of initiating an entrapment knowing there was no crime and not revealing all the evidence to Flynn’s original lawyers before coercing a guilty plea. Back when America was a free country with a functioning justice system, that was a major no-no. Almost all liberals now suddenly feign the belief that no innocent person ever pleads guilty under duress. Even putting aside the myriad problems with threatening to persecute a suspect’s family unless he cops a plea, sanctioning this is a big step that proves my oft repeated point. Leftists want you impoverished, enslaved and/or dead.

Now, the judge was presented with a routine motion by the DOJ to end the case, and instead of granting it as he is obliged to do, he decided he would keep this bogus case alive even without any party wanting it to continue. Sidney Powell, the ace lawyer LTG Flynn hired after firing the conflicted incompetents who originally defended him, then sought a writ of mandamus to make the judge do his job and dismiss the case. I discussed the pre-order situation in-depth in my free “Fighting Words” podcast on May 19th if you want to go deeper. But after that we got to where we are now, the District of Columbia Circuit Court of Appeals.

As you know, a three-judge panel ordered the trial court (Judge Sullivan) to explain why, under the relevant law, he did not just sign the dismissal order and end this nightmare instead of bringing in a private prosecutor to drag out the harassment. This is highly unusual, but then so is Sullivan’s obnoxious ploy. Now, by not summarily dismissing the petition and instead issuing this order, the Court of Appeals is telegraphing its intent to order the judge to do his job and dismiss the prosecution. I’ve had this happen. A judge does something that’s insane, and the Court of Appeals gives the trial court time to respond. But it does not want a response. It wants the trial court to rethink its position, then do the right thing and moot the writ. I filed a writ in one case and the Court of Appeal did that and the next day I got a call from the trial court’s clerk explaining that it was all a misunderstanding and that of course the trial court would do the right thing. That’s what the DCCA wants – this to be over without humiliating the judge.

But will it happen? I originally gave it about a 60 percent chance of him taking the hint. But then Sullivan hired a high-powered DC lawyer to prepare his response to the Court of Appeals. The money for this is coming from who knows where, and if she’s doing work for free for a sitting judge she’ll appear before, well, wow. In a real legal system that would be really bad, but here the establishment would probably make her a hero.

He’s going to fight this and go down in a blaze of DC Glory. DC Glory is different from actual glory in that it consists of the adoration of the garbage Washington establishment and its media rump-sniffs.

Here are my odds:

15 percent chance – Judge Sullivan gets a clue, signs the order and dismisses the prosecution, though perhaps with an obnoxious written opinion designed to inflict one more wound upon the grievously wronged LTG Flynn.

80 percent chance – Judge Sullivan responds, and the DCCA signs and writes a scathing opinion either ordering him to dismiss the case (most likely), or (less likely) doing it itself or transferring the case to another judge with orders to dismiss it.

2 percent chance – Judge Sullivan responds, and the DCCA agrees with him. LTG Flynn petitions the U.S. Supreme Court. Once there, there is an 80 percent chance it will be accepted and rule in his favor.

2 percent Chance – The original panel splits 2-1 (with the Obama judge ruling against LTG Flynn) and, though its procedurally questionable, the whole Circuit rules on the case. The DC Circuit has a Democrat majority, so they would rule for the judge. LTG Flynn petitions the U.S. Supreme Court, with an 80 percent chance it will be accepted and rule in his favor.

0 percent Chance – Trump lets LTG Flynn go to jail instead of pardoning him.

What the Hell Is Slumgullion?

My mom, who was a judge – and not one of those nimrod ones – used to make what she called “macaroni.” It was not cheesy. It was tomato-based. I never knew anyone else who did. It’s fantastic, filling and definitely comfort food. Throw some parmesan on it and wow! Also, it’s arguably even better the second day when everything blends overnight in the fridge.

Anyway, recently I wanted some and got the recipe again (every couple of years I forget it and bug her for it) and I made it. Sensational. But then I wondered if this was her invention, so I googled it. Well, it’s not. It’s super-common, which is puzzling because I never heard of it before elsewhere. But it has different names. One is “American goulash,” which is weird because I never thought there was another goulash besides Hungarian. It’s like there being some other kind of nog besides egg.

And there was another name – “slumgullion.” What the hey? First, that sounds like something Bilbo tried to steal a treasure from. Second, it is the least appetizing name for an entrée I could imagine. Okay, maybe “boiled ham” or “pus puppies” are worse.

Brown a pound of ground beef in a pot. If you use 85 percent beef, add some extra olive oil because you want some oil. Dice a medium onion and a half a green pepper and drop it in. I throw in some salt, pepper and a bit of Italian seasoning. I might put in some garlic paste – not a lot. Let it cook for a bit until the meat is all brown and the onions are soft.

Take a 28 ounce can of diced tomatoes and dump it in. Irina likes it thicker, so I usually put in a little can of tomato paste. Then add a 1/4 cup of ketchup and I don’t want to hear your whining. Dump in the Heinz.

Bring it to a boil and let it simmer until thick.

If you wish, you can partially boil the macaroni (usually a whole bag) then drop it in the simmering sauce. It will soak up the goodness and simulate “second-day” macaroni. Or you can add the cooked mac at the end. You will have another meal’s worth leftover (I usually hate leftovers, but not leftover macaroni). Serve with parmesan, a salad, and some sourdough bread.

Let me know how it turned out. If you have your own version, let me know.

Maybe someday we’ll have a VIP event and I’ll cook a ton of it. That would rule.

You can, and must, pre-order a copy of my new non-fiction book from Regnery, The 21 Biggest Lies about Donald Trump (and You!). It drops July 7, and you know you’re going to get it so do it now! Also, check out my podcast “Unredacted” every Monday, and my free podcast “Fighting Words” on Wednesdays! And don’t forget my novels People's Republic, Indian Country, Wildfire and Collapse!

My super-secret email address is kurtschlichter@townhall.com