Ignore The Never Trump Losers Who Are OK With Liberals Winning

Kurt Schlichter
|
Posted: Jun 10, 2019 12:01 AM
Share   Tweet
The opinions expressed by columnists are their own and do not necessarily represent the views of Townhall.com. 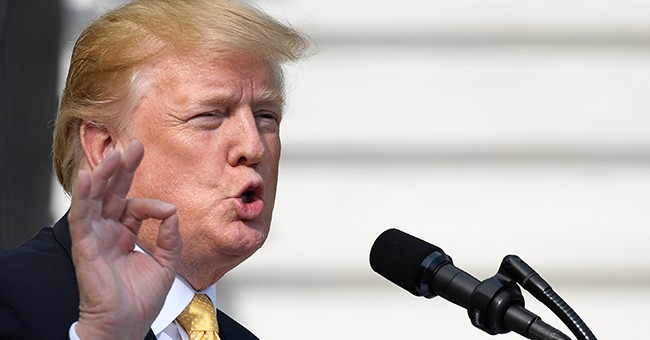 There’s a debate going on inside conservatism between the insufferable sissies who insist that we Normals are morally obligated to submit to being crushed by the leftists who hate us and want us enslaved or dead, and actual conservatives. Maybe I’m simplifying this intellectual dispute a bit – wait, no I’m not. You either want to defeat the liberal elite that despises us or you don’t. It’s those of us who seek to win versus the Never Trump losers, and there’s no middle ground.

Win or lose. Pick one.

The Never Trumpers are willing, even eager, to lose, regardless of the consequences for you and me. They would thrive in defeat. After all, there’s always a place for a slobberingly loyal conservativish opposition, right over there at the liberal elite’s kiddie table.

I say we should fight to win and preserve our liberty.

David French is the poster-scold for the Surrender Caucus, a fussy man who is always at the ready with some hitherto unknown conservative norm, rule or principle that boils down to you not being allowed to effectively resist the massive attack on your liberty and prosperity by our garbage elite. These conservative norms, rules and principles are pretty remarkable in that they only apply to limit our options and actions – they never apply to protect us from our enemies.

Basically, it’s a choice between “Please clap” and “I’ll sock you in the face.”

“Civility and decency” is the common refrain within the French Fredocon Legion. Understand that the civility and decency requirement applies only to us, and it operates only to restrict our ability to accurately describe and aggressively fight our enemies. It does not apply to our betters’ conduct toward us. Look at their last three years of attacks on Donald Trump and we who support him – super civil and super decent, right? My Twitter feed is an endless series of vicious tweets from libs and True Conservatives™ telling me what an awful, awful person I am for thinking that we should jam that same civility and decency right back down their collective throat.

French himself recently dubbed us the “gutter right” in a tweet, wherein he also described himself as a “real man.” Peak cringe aside, I’m pretty sure “gutter” is not a term of civility or decency, but then the rules never apply to protect us, only to restrain us. Remember, you are morally obligated to lose for some reason. Anyway, this utter nonsense is why we should ignore the Priss Platoon’s rules and do whatever we have to do to protect our liberty and property.

Similarly, we are also morally obligated to submit to the loss of our rights. When Steven Crowder was demonetized by YouTube because he uttered words the elite disapproves of, I immediately began my countdown to the Lido Deck League validating it. I didn’t have to wait long.

They have plenty of cheesy rationales for justifying the censorship of actual conservatives they disapprove of:

The excuses they give why it’s cool to gag us don’t matter. The end result for actual conservatives is always the same. It’s always okay to censor the people the Collaboration Cons disapprove of. Here’s their thought process template:

If this is how you roll with conservative principles, count me out.

Now, to his credit, French has personally litigated for conservatives in free speech and religious liberty cases, yet while this legal fight is necessary it is not sufficient. Defending some bullied cake baker is fine, but all the Frenchies are asking the elite for on behalf of Normals is the little tiny dispensation of not being hassled in a small corner of their lives. Pleading for a pass on pro-gay marriage confections is nice, I guess, but that’s marginal skirmishing that doesn’t challenge the metastasizing liberal paradigm. The rest of us aren’t satisfied with the garbage liberal elite grudgingly letting us control our own cake decorating options. We want to burn the whole garbage liberal elite down.

Not the Never Trumpers. They are no threat to the elite because, at their hollow core, they support the existing power structure. That’s why they are so blind to the manifest corruption of the institutions that they are a part of and are therefore invested in. That’s why these saps were so easily suckered by the RUSSIA TREASON COLLUSION!!!! scam. And that’s why Trump and those of us who support him terrify them – because, unlike the Conservative, Inc., cabal, we have nothing to lose if the whole teetering edifice of our crummy ruling class collapses under the sheer weight of its lies and incompetence.

They don’t want things to truly change, except around the margins – a Christian gets to keep his assistant professorship at Gumbo State, slightly fewer babies get butchered because some minor abortion limitation is upheld. That’s all fine and good, but what they really want is just the status quo with a few bespoke tweaks. That’s why they embrace losing the big battles and demand that we do too. That’s why they were eager for Hillary to win. In the nightmare world of infanticide, corporate collectivism and SJW oppression that Felonia Milhous von Pantsuit would have ushered in, people like David French would still have a place, even if it is at their liberal masters’ heels.

But they have no place in the conservative future we’re going to build on the ashes of the liberal elite that we are going to destroy by any means necessary. We choose to win.

What does losing look like anyway? It looks like you being silenced by the liberal corporations, if not the government itself. It looks like taxpayer-funded abortion on demand until kindergarten. It looks like the borders thrown even opener, your guns confiscated and your church denied a license to operate if it isn’t part of the creepy climate cult. I write about what happens when the left wins in my action-packed yet super-snarky novels about the United States’ split into red and blue countries, People's Republic, Indian Country and Wildfire. Not surprisingly, liberals and the fussy castaways from the Weekly Standard hailed my novels as “Appalling.” Be a real man, or woman, and check them out.