Socialism Is The Fyre Festival Of Ideologies, And Stupid Millennials Are Falling For It Too

Kurt Schlichter
|
Posted: Jan 31, 2019 12:01 AM
Share   Tweet
The opinions expressed by columnists are their own and do not necessarily represent the views of Townhall.com. 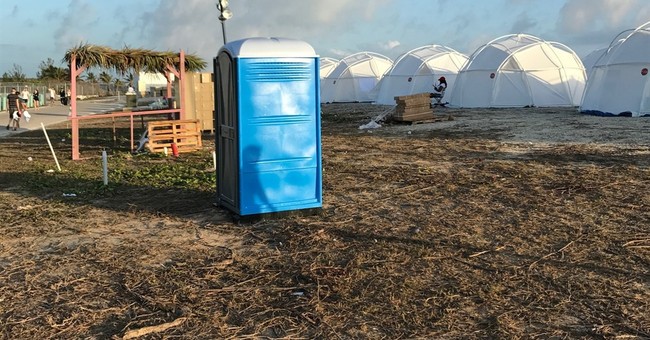 Resolved: Millennials are the worst of all possible generations, and I say that as a baby-boomer (by a week). Unconvinced? Then check out one or both recent documentaries on Hulu and Netflix about their generation’s Woodstock, the infamous Fyre Festival, and watch how thousands of credulous millennials got suckered by social media “influencers” – actors, rappers, models, whatevers – who talked them into plunking down enormous wads of cash to attend a fabulous dream concert/party/rave in the Bahamas. The ads promised hot models frolicking, exciting musical acts like “Major Lazer” and whatever a “Migos” is, luxe accommodations, and gourmet food prepped by acclaimed chefs. What they got was drunken dudes and dudettes from the cargo shorts ‘n backward cap set, no tunes, moist FEMA tents, and famously forlorn cheese sandwiches.

But in a stunning turn of events that no one could foresee, except everyone who wasn’t a millennial, the promises of these cultural influencers turned out to be wet garbage. People tried to warn them, but no. The warnings of people who probably didn’t even wear ironic t-shirts weren’t stopping our millennials! If there’s one thing millennials are, it’s supremely confident in their own intelligence, which is why so many of them ended up out several grand for the privilege of shivering in a glorified refugee camp telling each other their pronouns while not listening to the dulcet tones of “DJ Kaytranada.”

So, there was an upside.

Here’s how dumb these children, who are the future, were…Blink-182 figured out it was a con job and pulled out. Blink-182 was the voice of reason here. Blink-182. That’s like losing at chess to Mazie Hirono.

Well, maybe the Emily Ratajkowskis and the Ja Rules and the rest of the pop culture titans led us astray about this Caribbean bad music party, but there’s no chance at all that an ideology this same cultural zeitgeist is embracing could possibly turn out bad! Right?

Wrong. The millennials are falling for socialism just the same way they fell for the Fyre Festival.

“Whoa, someone’s going to give all this wonderful stuff to me? I’m not going to harsh the buzz by asking questions like ‘Has this ever been done before?’ or ‘Aren’t things that sound too good to be true usually too good to be true?’ All these models on Instagram are saying it’s cool, and since I have no religion, their consumerist lifestyle imagery fills the void in my soul and I must obey. On to Great Exuma to party with whoever ‘Lil Yachty’ is! Oh, and yah Marxism, too!”

On to a bold future of socialist wonderfulness. Who could go wrong backing an aging USSR tongue-bather like Bernie Sanders who advocates an ideology scribbled out by some nineteenth century German weirdo? Today’s socialism is touted by the same kind of weaselly grifters who pushed the Fyre fraud on Generation Sucker. Billy McFarland, the world’s worst con man, was truly innovative in the way he made up for his manifest (at least to everyone over 30) scamminess. You watch the documentaries, and all these middle-aged people sit there talking about how they pegged this guy as a fake within about ten seconds. But McFarland targeted millennials, who couldn’t wait to hand him their money like the beautiful and famous people on the social media told them to.

And now these same knuckleheads are nodding their heads, jaws slack, in time with the beat of the rambling nonsense that they get from the tweets and videos of Alexandria Ocasio-Cortez. Yeah, everyone who’s given socialism a spin in the last century has failed, at the cost of 100 million lives, but do you know who has the brains and savvy to pull it off this time and finally get it right?

“Gosh, my generation couldn’t manage to make a week-long concert happen, but I think I’ll hand them the keys to remake all of society because reasons and Kardashians!”

Now, you might imagine that watching Venezuela degenerate into a toilet paper-free nightmare of oppression and zoo animal-devouring would give the millennials pause about the ideology that made one of the richest countries in the world into one of the poorest in the space of a decade. But if you did, then you don’t get millennials. Who needs your history and experience when they have retweets and feelz?

Like many others, I saw the corpse of communism up close while deployed. Marxism is an enemy, whether foreign or domestic, and our oath hasn’t expired. If socialism does come here, the nice part is that I and other patriots won’t ever see it, because our dead bodies will be lying on heaps of empty brass having gone down fighting.

Then again, the deadliest weapon system most millennials are proficient with is a snarky tweet. But if socialism does manage to infect America in spite of our efforts, there is one thing I’ll regret missing out on. That’s seeing the millennials looking surprised at what happens to them next.

I show what socialism in America would look like – brutal and insanely SJW-focused – in my latest novel, Wildfire, and in my earlier installments People’s Republic and Indian Country. The good guys win in mine (because they take no guff, unlike certain cruise-shilling weasels in real life – Ahoy!), but if you want a graphic cautionary tale, check those novels out.