Comedy Threatens Liberalism So Liberals Want To Kill It

Kurt Schlichter
|
Posted: Aug 16, 2018 12:01 AM
Share   Tweet
The opinions expressed by columnists are their own and do not necessarily represent the views of Townhall.com. 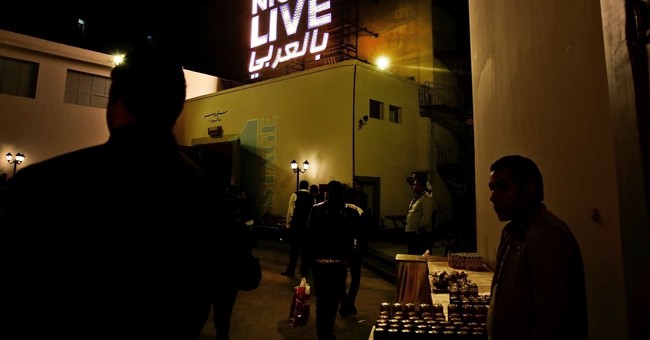 It’s important to laugh at liberals, which is why liberals want to stamp out laughter. Laughter is subversive. Back when comedy was funny, before it got woke, the left used to use it to undermine traditional culture. Now that they have the wheel of the cultural car, they are afraid that people pointing and giggling at their hypocrisy, venality, and stupidity will make them lose control and crash.

Sadly, it’s the comedians themselves who are carrying the wood to pile up around the stake. Now that liberals are firmly in control of the culture, comedy is no longer useful. And comedians, mostly being leftists and cowards, are only too eager to submit. But they still want the street cred that comes with being a truth-telling rebel. No comic sees himself as Dane Cook pandering to the bros; they all want to be Richard Pryor sticking it to the Man. It’s kind of hard to do that when you’re a mindless lacky reaffirming the Non-Binary Being’s received wisdom.

Let’s find some innocent guy from east of I-5, tape him for an hour, then edit up a 60 second bit to run on The Daily Show to reaffirm to the hipsters and Trump/Treason/Emoluments nimrods in the audience how much better they are than the rubes who actually make this country possible. But you can’t be funny unless you take on a potent target, yet liberal comedy only attacks those without power within the liberal culture – Normals and the president who supports you. Comedy that’s punching down is just bullying. What we see now with the routine mockery of Normals is less Evening at the Improv than The Lottery. Don Rickles made his harshest fun of people who could dribble him around the stage like a basketball. His target wasn’t the guy in from Topeka to see a show – Mr. Warmth went up against Frank Sinatra. Frank could have had him buried in a ditch outside the Vegas city limits, and everyone knew it. That’s why Rickles was brave.

The late-night comics are mere cheerleaders – they don’t get laughs, they get applause for adeptly repeating the shared wisdom of the elite. Watch them. The hosts drag Trump with the same drag lines we’ve all heard a million times and there’s no laughter, just the trained seals flapping their fins together.

Oh, and Felonia Milhous von Pantsuit loses an election and SNL sends out one of its stars dressed as the Hapless Harpy Herself to sing n’ cry and tell the baffled audience “I’m not giving up and neither should you.” Okay, that was hilarious, but not on purpose.

Everything has to reinforce the paradigm. There’s this woman – who would probably cry because I assumed xir gender – named Hannah Gadsby who looks like a Vox writer and who has a special on Netflix called “Nanette” that apparently features jokes (some of them funny) but also her confrontation of the audience because they showed up expecting to laugh. According to, of course, The New Yorker, the purpose of this exercise is to “challenge audiences to think about the comedian not just as a performer but as a person capable of pain.” Sounds fun, in the sense that leprosy is fun.

Don’t expect the comics to fight back. Instead, they’re like Lenny Bruce getting on stage and doing dead serious bits about how important it is not to offend the squares. But today, the SJWs and their allies are the squares. They are the Niedermeyers, the Judge Smailses, the uptight fussbudgets trying to make us turn down that damn rock n’ roll music and behave. Where’s our Bluto, our Al Cervik? Well, in the White House.

This is part of the vacuum in our culture that Donald Trump discovered and filled. Remember all those harsh takedowns of Barack Obama during his reign? Yeah, me neither. There weren’t any. He was a lib. But he was also ridiculous – petty, smug, pompous, and utterly incompetent, presiding over a coterie of scammers, hacks, and nitwits. Anyone who hired Ben Rhodes is a joke magnet, and we Normals saw it. But the liberal cultural gatekeepers closed ranks to protect the Lightbringer. Take that, random rodeo clown who dared not bow.

Donald Trump saw the need and filled it. He is funny – really funny. Watch his rally speeches (as opposed to his “serious” ones). Really watch them, live and uncut. I often think how much I’d hate to face a lawyer who can connect with an audience like that. And he has them laughing hysterically, because he says what all the allegedly brave rebels of comedy refuse to. The comics won’t laugh at liberals, but Trump will. And that’s why, except for on Fox, you never see his speeches live and uncut. The liberal establishment doesn’t want you to see them because, like all good comedy, his speeches show the left to be the fools they are.

As my upcoming book Militant Normals: How Regular Americans Are Rebelling Against the Elite to Reclaim Our Democracy explains with the kind of humor that might soon lead to my arrest, people are hungry for this kind of rebellion. We know what the establishment is telling us is nonsense. We want voices out there articulating our disgust and refusal to submit through humor. Donald Trump does that. Some of us online try to. But in the traditional world of comedy? A few lonely voices in stand-up comedy tell jokes about whatever they want – Dennis Miller and Nick DiPaolo come to mind – but not many. You get a few big names daring to complain a little about the everchanging boundaries of comedy (keeping the rules uncertain is a basic play by oppressors to ensure obedience), but that’s it. The French army that is our comedy corps has surrendered without a shot.

But have faith in the market. The hunger for truth is out there among real Americans. More outsider voices will rise to fill the void. The SJWs want to be the gatekeepers of acceptable thought, but eventually the walls will come tumbling down. Some big name, perhaps a Kanye of the comedy world, will inevitably say, “No. I’m going to tell any damn joke I feel like.” Then what will the SJWs do? Because their whining will be drowned out by our laughter.