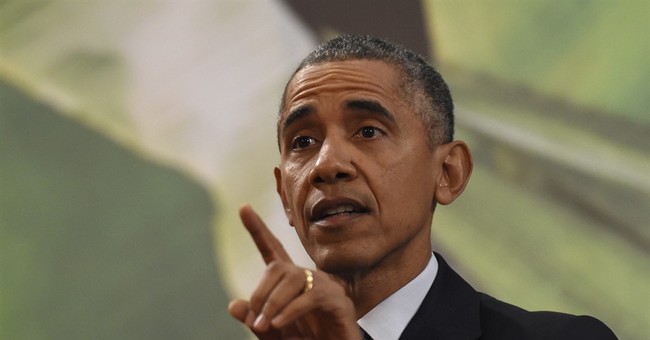 Imagine our surprise to learn that America is morally obligated to take in every out-of-luck dude who wanders out of his hellhole of a country with a bindle, selfie stick and no wife or kids in sight. And the troubling likelihood that some portion of these largely military-age male refugees agrees with their countrymen that the only good American is a headless one is beside the point. You see, our Glorious Leader and his dwindling coterie of slobbering fans cannot possibly pass up this sweet chance to pose, posture, and preen as our moral superiors.

It’s no biggie if more of us get slaughtered by foreigners who liberals have welcomed into the Land of Opportunity to Kill Some Infidels. Our sad little lives are a small price to pay for liberals to feel good about themselves.

Call me crazy, but I prefer not being murdered. Perhaps I’m selfish, not wishing to risk my family to boost liberals’ egos. Maybe I’m short-sighted, thinking it’s a bad idea to bring tens of thousands of people into our country from regions where a good chunk of the population would like to chop a good chunk of America’s population into chunks.

Oh wait – we’ll vet them, and a thorough vetting it shall be! Leveraging the legendary competence of the federal government under Obama, we’ll review the detailed records that they will no doubt carry with them attesting to their disdain for bomb making. We’ll gather references from those who know them: “Abdul? Oh no, he would totally never even consider shooting up a K-Mart full of infidels to achieve the glory of martyrdom.” And we can count on their personal assurances that they aren’t jihadis: “I promise I won’t kill anyone. Cross my heart and hope to die and get my 72 virgins!”

The fact is that importing Middle Easterners is a risk. Is it a huge risk? Maybe. Is it a small risk? Maybe, but either way, there is a risk in bringing these people in, and we just don’t want to take it.

Nor do about two-thirds of Americans, which creates conflicting emotions in our lousy president. He’s furious that mere normal Americans are defying him by failing to meekly obey his commands, but he is also excited about this chance to distinguish himself from them. There is nothing a liberal likes more than huddling with other like-minded cryptofascists in some coastal enclave and bemoaning the moral, intellectual, and philosophical failures of the rubes inhabiting the interior of this barbarous continent. What an opportunity to signal virtue to the world, especially when it can be done from behind walls and armed guards.

Obama won’t put his money where his big mouth is and promise to resign if one of his widows and orphans decides to create some American widows and orphans; as usual, he just mouths cheesy clichés. The reality is, “Give me your tired, your poor, your huddled masses mostly yearning to breathe free but maybe yearning to open fire in a shopping mall.” And that’s a chance Obama and his liberal friends are willing to take. If one of their personal shoppers gets whacked picking out ties at Nordstrom, well, it was all for a good cause.

Now, you might think because Muslim nations take up a big part of the planet that they might step up. After all, their co-religionists caused the problem that’s creating the refugee crisis. Maybe they should take some responsibility for their brothers and their (few and far between) sisters. But they won’t, and they won’t for the same reason we shouldn’t – it’s a really bad idea to import potential terrorists into your country.

This isn’t hard. A significant number of Middle Easterners want us dead. So if we don’t let them come here, we keep out some people who want us dead. You would think our president and the ninnies who still support him would want that. But then, for liberals it’s not about reason or facts. It’s about the feels.

At least the response from stompy foot liberals is amusing. We’re told that refusing to allow potential jihadi sleepers into America is “surrendering to ISIS.” For a group so inclined to give up in the face of America’s enemies, it is kind of odd that liberals still don’t understand how surrendering works.

Then there are the belabored Mary, Joseph, and the inn analogies. Except Mary and Joseph were facilitating the arrival of the Prince of Peace, not a bunch of aspiring Tsarnaevs intent on pressure cooking-up a bloodbath. Plus, it’s always awesome to get Jesus lessons from the same 37-year old pinko neckbeard whose Twitter bio reads, “Proud atheist who can’t stop talking about it and hopes to someday kiss a real girl.”

Then they call us paranoid, conveniently disregarding the bloody history of radical Islamic domestic terror with their Jedi hand wave: “These are not the airplanes smashing into skyscrapers you are looking for.”

In fact, jihadi attacks have touched many of us, from 9/11 survivors to those who knew victims. I served in the sister brigade of one of the guys that traitor murdered at Ft. Hood and knew another guy wounded by a grenade a junior jihadi tossed into an Army tent in Kuwait. So don’t tell me I’m paranoid. Doing so tells me that either you are stupid or you are a liar – or likely both.

And then they tell us we hate refugees. Pffft. We don’t hate cars but we still look both ways before crossing the street. And this sudden love of refugees by the left is puzzling – it sure as hell didn’t manifest when Christians were being butchered. I sure didn’t see a lot of these leftist posers in Kosovo trying to keep the genocide from winding back up again. Hell, I even married a refugee. Of course, no Cubans want to stick Western women in sacks and Western men in graves.

Obama will do his best to force these foreigners upon an unwilling America. It’s a bad idea politically, but Obama was never a tenth as smart as everyone told him he was. Sensible Americans are against it by huge margins. It’s going to hurt Hillary a lot, and it will hurt Democrat Senate candidates gravely, particularly in red states. Plus, as a special bonus, the 30+ red state governors standing together against Obama on resettlement are going to suddenly realize, “Gee, maybe we can all work together against this wannabe Chavez on other issues too.”

But President Faily McWorsethancarter’s ego takes precedence. He needs to soak in the adulation that comes from his virtue signaling. He needs to impose his will. He needs. It’s always about his needs.

The downticket Democrats who have so far survived the Obama years will take another hit. That’s okay.

The country will be further divided by his executive overreach. That’s okay.

And some of us may be murdered. Sadly, to our President and his lackeys, that’s okay too.