The GOP Establishment Will Learn the Wrong Lessons from Donald Trump 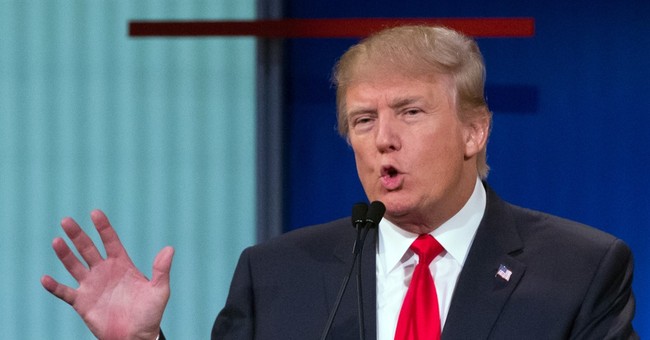 Let's be absolutely clear – Donald Trump is entirely the fault of a GOP establishment that lied to conservatives and refused to do what it promised it would do. Trump is no secret Machiavellian genius cunningly outmaneuvering his enemies from his super-classy Atlantic City volcano lair. He's a finger-to-the-wind charlatan who will say whatever he needs to say to maximize his own personal adulation. And he would still be merely a tiresome reality TV catch-phrase generator if the GOP establishment had not treated the rest of us like dirt.

For my trouble, I've been accused of being a RINO, which totally ruined last week’s Georgetown cocktail party. There I was, comparing Dockers creases with David Brooks and drawing Touché Turtle caricatures of Mitch McConnell on Karl Rove’s whiteboard, when all of a sudden I start getting tweets about how I’m figuratively – and sometimes literally – in bed with Jeb, conspiring to import millions of Mexicans and burn the POW-MIA flag. It made me so sad that I decided to drown my sorrows by doing shots of Glenlivet with John Boehner – big mistake.

Now, there are some people out there who will never, ever vote Republican – I know because they told me they won’t – and we need to just ignore them. They're not worth the time since we will never win them over. But there are a lot of other people who are inspired by Trump’s willingness to say things the GOP elite doesn't want said. The GOP elite, for example, expected us to keep our mouths shut about the rape and murder rampages of illegal aliens and quietly bury our children while they divvied up Chamber of Commerce donations. Nope.

Whatever possessed you Montgomery Burnses in the establishment and your Smitheresque enablers to think that we aren't serious about conservatism is beyond me. Maybe it's because you yourselves are not serious about conservatism. Instead, you're in it for the power and prestige and position. We aren’t. And we're mad as hell about your lies. Don't think Donald Trump's willingness to speak truth to fraudulence is something we don't appreciate. Some of us just prefer the Republican candidate doing it be an actual Republican.

You ought to be learning from this, but you seem almost as stubbornly resistant to facts and evidence as the Trump superfans. Look at the candidates you keep trying to shove down our throats – astonishingly, they manage to simultaneously be both stiffs and squishes.

You started off with Jeb Bush, the alleged adult in the room, who not only pushes Common Core and amnesty but does it by scolding us about how we are selfishly rejecting an “act of love.” I doubt Katie Steinle’s family feels much love right now.

Jeb’s toast, and the GOP establishment’s takeaway from all this seems to be to sell us “plain speakers,” candidates programmed to tap into what the establishment sees as the base’s desire for a certain style, while ignoring the base’s actual desire, which is for a certain ideology – conservatism.

First, they offered up Obama-hugging, gun-hating, pork chop advocate Chris Christie. He was a plain talker who mostly talked about how we conservatives are morally and intellectually inferior. He failed. This week, there’s plain speaker du jour John Kasich. Most of his plain speaking seems to involve telling us about how Jesus wants those of us who work for a living to pay more money to subsidize lazy deadbeat Democrat constituents who refuse to. I can just see the Team Kasich K Street strategy session: “Well, just tell those rubes Jesus said to jump on board Obamacare and they’ll eat it up!” Kasich is a loser too.

The fact is, the Washington establishment doesn't like us, it doesn't respect us, and thinks we're stupid. It seems to have learned nothing from Trump and what his rise means. It thinks it can just wait him out and get back to business as usual, which seems to be passing out favors to crony capitalist big business as usual.

Of course, that kind of leaves the heart of the Republican Party, the small business people and middle class, out in the cold. Do you establishment types think we will just shrug and submit to your whims?

Time is on our side, not the establishment’s. If we have the patience, we need only wait till the actuarial tables send the bodies of our enemies floating past us down the Potomac. The new generation of conservatives that has taken the statehouses in most of the country are not composed of establishment dorks. These are committed conservatives mobilized by the conservative revolution. The clocks are ticking until Mitch McConnell, John Boehner, Lindsey Graham, Bob Corker and the rest of those losers dodder off to retirement and well-deserved anonymity. When John McCain goes away — and he's going to go away relatively soon because he's like 282 years old — the guy who takes his place is not going to be a squish. There are no squishes left on the GOP bench.

Don't even think this will blow over, GOP establishment. The fight for the soul of the GOP has just begun, and we are younger, tougher and meaner than you are. So if any of you establishment types want to stick around, you better learn the right lesson from the rise of Donald Trump. In the words of Rush – the band, not the talk radio legend conform or be cast out.