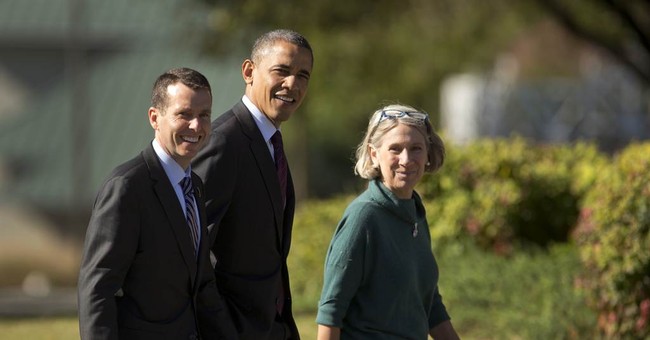 It’s clear that liberals like David Plouffe and David Sirota have a moral duty to kill me. And to kill you too.

Plouffe says I’m a traitor, since I support “economic treason.” David Sirota says I’m a “secessionist,” that I support a “coup” leading to the destruction of the Union. This is the kind of mature, carefully-considered insight I’d expect to be tweeted by the “Senior Advisor to the President.” I expect nothing less from a writer at Salon.com, a website that has nearly achieved its goal of tying the page view rankings of its main competitor, NaughtyElderlyCheerleaderAction.org.

These trendsetters have displayed the courage to call us what we are – traitors – so the next obvious step is to take action. We must be stopped. It’s hard to see what choice they have – I, and all those enemies of the state like me, must die.

Now, the tough part is doing it. Since between the two Davids and me, I am the only one of us who swore to give my life to “support and defend the Constitution of the United States against all enemies, foreign and domestic,” I’m obligated to help defeat the threat to this nation posed by me and those like me. So listen up, because neither of you defenders of the Constitution has ever served in a war, much less two. On a gun, there’s this long metal tube called the “barrel.” At one end, there’s this hole called the “muzzle.” Now, put that muzzle up to my treasonous forehead and pull that trigger thing.

Do it for your country. You’re the real heroes.

Plouffe can do it. He served at the University of Delaware and did a few tours on Democrat campaigns, so he’s an expert on duty, honor and country. Where is his parade, people?

Sirota can do it. He’s a warrior-scholar in residence at Salon, where he pioneered a hitherto unknown mixed martial art called “Siroting.”

These guys definitely have the stones to defend their country against threats like us. I know I feel safer with them on the job, even though I’m the threat.

There have been a lot of people showing the courage to call us out lately, but it’s the Davids who have gone the extra mile and called us out for what we truly are.

Sure, Harry Reid called Tea Party folks “anarchists,” but he seemed to like anarchists when he’s dealing with the Occupy Wall Street folks, so we can’t be sure he means that as invective.

Nancy Pelosi calls us “arsonists,” but she’s a liberal and arsonists are common criminals. When a liberal calls you a “criminal,” it means she thinks you’re a victim of society as well as a key constituent demographic. In other words, she definitely meant it as a compliment.

Lots of the interchangeable WaPo/NYT types have labeled conservatives with various permutations of the word “crazy,” per the memo. The drooling shut-ins who still watch the network news have heard nothing but how conservatives are mindless extremists between the Cialis commercials.

But, finally, someone has pointed out the elephant in the room – that the elephant party, with the exception of a few visionary submissives who can be relied upon to do their duty to facilitate progressivism, is composed of traitors.

After all, what should happen to traitors? Not so-called “traitors” like Hanoi Jane Fonda, who actually went to an enemy country and cavorted with its military as Americans were tortured down the street. She’s cool. Remember - dissent is the highest form of patriotism if there’s a Republican in office.

No, I mean real traitors – you know, American citizens like us who exercise their rights of free speech, of the press, to assemble, and to petition for the redress of grievances in opposition to what the progressive overlords command. The overlords are right not to forgive this outrageous affront to their personal policy preferences. Our task is submission and obedience as we work hard to generate tax receipts that can then be used to buy off vast numbers of Democrat-voting losers eager to embrace serfdom in exchange for a few crumbs in the form of EBT cards and Obamaphones.

Nope, we must be destroyed. It’s tough but fair. Using the IRS to intimidate and harass us was a good start, but it’s time to take the next step. Plouffe, I bet you can find Bill Ayer’s number on the White House rolodex – ask him for his insights into dealing with recalcitrant kulaks.

I’m not wrong about what you meant, am I? I mean, you used the words “treason,” “secessionist,” and “coup,” and I can’t imagine you’d use words and not understand their implications. Traitors and secessionists and coup plotters are really bad people, and they need to be punished. You wouldn’t knowingly use inflammatory language just to dehumanize your opponents and pump up your pinko fanboys as they sit in their biker shorts gazing at their iPads while sipping locally-sourced chai tea. You meant what you said, right?

Of course you did. Why, otherwise, you’d just be mouthy little posers.