When Did the GOP Become Tax Collectors for Liberal States? 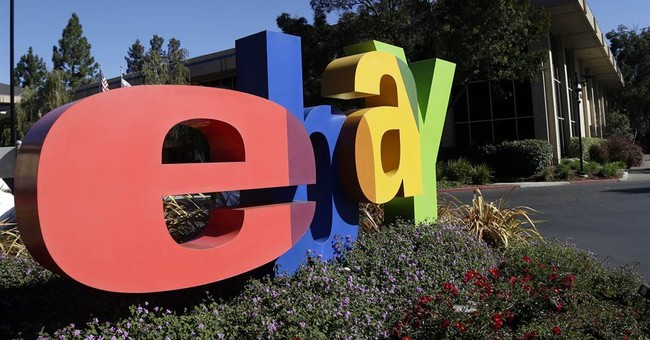 If the Republicans convened a council of renowned political half-wits to try and come up with a plan to simultaneously strengthen its opponents while hurting its supporters, it would be hard to beat the so-called Marketplace Fairness Act.

The Marketplace Fairness Act, which has as much to do with “fairness” as global warming does with “warming,” was designed to cure a problem that doesn’t exist. Currently, rapacious states and municipalities that levy a sales tax on their inhabitants can force those merchants residing within their borders to collect their taxes. However, they cannot touch merchants outside their jurisdictions. Naturally, locals avoid these levies by using the internet to buy their stuff sales tax free, leaving the tax collectors fuming and fussing.

Well, one would think so. But then one would have to disregard the GOP’s unique ability to put aside principle in the pursuit of alienating its most loyal supporters. It’s gone beyond being the Stupid Party. Now it’s the Kamikaze Party, except they are crashing their figurative Zeros into their own carriers.

The Marketplace Fairness Act would require businesses grossing more than a million dollars a year to start collecting taxes for all these states and municipalities for free. In other words, it takes the kind of small businesses that Republicans say they love and forces them to spend their time and their money doing the dirty work of literally thousands of different state and municipal entities.

How could that possibly go wrong?

The high tax states and cities and their Democrat patrons love the idea. It gets them a nationwide army of tax collectors working for free to rake in more money which these entities can then squander. And, of course, much of that squandering comes in the form of government paychecks that go largely to unionized government flunkies who then kick back a chunk of their salaries to the public employee unions who then give it over to their local Democrat politicians. Then these Democrats use that money to beat…Republicans.

Call it the Republican Circle of Defeat.

But it’s not just the Democrats and the local machines that want it. Brick-and-mortar retailers in high tax localities want it too. Anything that makes internet shopping less attractive – like jacking up the price of web buying with sales taxes – is a-ok with them.

But why do the big companies love the idea? Aren’t corporations like Wal-Mart paragons of free enterprise that want to see laissez-faire prevail in the marketplace?

Sure they are. And I have a bridge in Brooklyn to sell you, though I’ll have to collect the New York sales tax on it.

This law is just another exercise in manipulating the government to tilt the playing field toward the behemoths. Big corporations can easily hire the extra staff and pay the additional costs of doing the sales tax collecting – what’s another 200 high school dropouts making just over minimum wage to Wal-Mart?

Nothing – but it’s a huge deal to their competition. The little companies that the internet made possible can’t just hire a bunch of folks do all the uncompensated work associated with processing the paperwork for the benefit of far-away localities. I know what it’s like to run a small business. When you have a handful of employees, you don’t have economies of scale. You spend most of your time trying to ensure you have any economy at all.

Only a Beltway politician could imagine that a business grossing a million dollars a year qualifies as “big business” with money to burn. They don’t understand that there’s this critical thing businesses call the “net,” and making small businesses do free collection work for faraway government entities makes it even smaller. It seems most politicians’ only experience with small businesses involves trying to stamp them out.

The giant companies don’t want free enterprise. They want regulations, regulations they can easily comply with (by passing the costs on to us) but which kill their competition.

And who is the competition?

That’s what makes the GOP’s embrace of this noxious scheme so baffling. The victims will be the kind of small business people who used to vote for Republicans before it became abundantly clear that the establishment GOP no longer feels it even has to pretend to care about their interests. Republicans have grown far too enamored of “business” to care about “free enterprise.”

And who else gets hurt? Well, ordinary American families who like to shop via their laptops. You know, exactly the kind of people the GOP wants to represent.

We understand when the President and his liberal pals blow off their promise not to raise taxes on regular Americans. We expect that – that’s what Democrats do. But when the GOP goes along with a giant tax increase, which is what the Marketplace Fairness Act is, those of us who had some faint hope remaining that the Republican Party still stands for something like the principles of Ronald Reagan are left scratching our heads. The idea is to starve the beast, not to send it to an all-you-can-eat buffet on Republican voters’ tab.

Instead, the Bizarro World Machiavellis of the GOP have found a way to help their enemies and punish their friends all in the cause of…what? Giving more money to the kind of people who brought us Detroit? Somewhere, that council of renowned political half-wits is adjourning its meeting, knowing its dumbest ideas for GOP strategy couldn’t possibly compete with reality.