Kristan Hawkins
|
Posted: Apr 07, 2020 11:16 AM
Share   Tweet
The opinions expressed by columnists are their own and do not necessarily represent the views of Townhall.com. 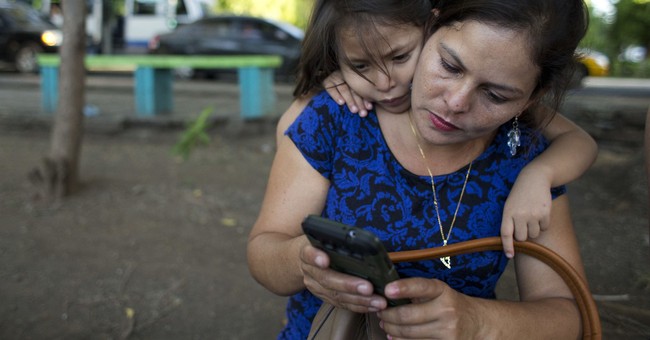 Pro-lifers are often accused of not really caring about human beings after they’re born. Consider that after Alabama’s Human Life Protection Act passed, abortion advocates once again started using arguments about poverty, foster care, and adoption to argue against the legislation. But a developing story out of the commonwealth of Virginia shows where the problems lie—with radical, pro-infanticide delegates.

In January 2020, pro-life state Senator Bryce Reeves (R-Spotsylvania) introduced Senate Bill 501, which would give the state, counties, and social service agencies greater flexibility to recruit and train home study inspectors, the people who ensure that prospective foster care and adoptive parents are approved or denied to take in the most vulnerable among us.

This law would have potentially allowed people like nurse practitioners, teachers, or law enforcement officers to become approved home study inspectors, assuming they could have met the requirements. It would have relieved a burden of overworked social workers and given agencies and counties the ability to add more home study inspectors. And most importantly, it would provide children a chance at loving homes quicker.

The legislation was on pace to pass the House of Delegates, until it encountered pro-infanticide delegate Kathy Tran, who infamously tried to push for legislation in 2019 that legalized delivery-room abortions, where babies could be aborted a moment before being born.

The legislation languished in a subcommittee she runs with pro-infanticide legislation co-sponsor, Elizabeth Guzman. Coincidentally or not, both delegates’ districts were targeted by Students for Life Action in the 2019 Virginia elections over their support for legalized infanticide.

The same delegates helped push through legislation that allows nurse practitioners to commit abortions. In other words, a handful of pro-infanticide delegates believe nurse practitioners should be able to kill babies, but trained state employees shouldn’t be allowed to help kids find foster or adoptive parents faster. That legislation, SB 733, now sits on the governor’s desk.

This shows the infanticide agenda of what I call the Tran wing of the Democratic Party —those who are vindictive and zealously in support of abortion, so much so that common-sense legislation that is simply supported by pro-life groups is killed.

Virginia kids in foster care deserved the help this law could have provided. By no means is it a silver bullet; but freeing up the state government to innovate and develop new training programs to increase the number of home study inspectors and reduce the backlog in the social services system should appeal to all elected officials.

In 2018, the state’s legislative analysis team, the Joint Legislative Audit and Review Commission, released a report on foster care problems in Virginia. The report found that, “About 5,300 Virginia children are in foster care, and total federal, state, and local spending on foster care and adoptions amounts to nearly $500 million annually. Both the number of children in foster care and expenditures for administering the system have increased in recent years.”

Furthermore, it found that not every child was being visited every month and sometimes not even visited in consecutive months, in part because of a lack of staff.

Another part of the report found that Virginia trailed the nation in placing children with relatives; often recognized as the better option, compared to being placed with families the children don’t know.

Even though teachers, law enforcement officers, and nurse practitioners would all be able to help identify these networks and help ease the transition, Delegate Tran and Delegate Guzman refused to advance the legislation to reform Virginia’s foster care and adoption system.

Governor Ralph Northam has until April 11 to sign the abortion legislation. Adoption reform, right now, is off the table.

Unfortunately, Delegate Tran and Guzman let them down while serving the interests of the abortion industry.