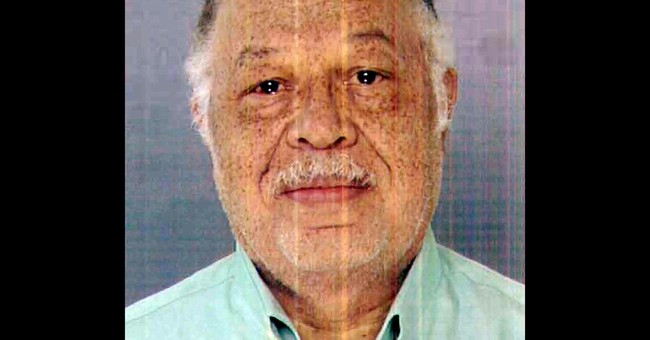 Pro-abortion zealots want you to believe that convicted killer Kermit Gosnell was an exception. That his "House of Horrors" was the only bad apple. But you don't have to look far to find other Gosnells. They are lurking in communities across our nation, enabled by politicians and officials who won't enact or enforce basic regulations and health safety standards on abortion businesses because of their own utmost devotion to abortion eugenics ideology or for fear of the powerful abortion lobby. Late-term abortionist Douglas Karpen is one such man who has thus far escaped into the system, like Gosnell did for decades.

Of course we all know how Gosnell infamously snipped the necks of babies who were born alive. It's horrible to think about, but that seems to be the modus operandi for late-term abortionists. Down in Texas, Douglas Karpen does the exact same thing when he fails to kill his patients' children quick enough, i.e. before they leave the birth canal.

In eye-opening testimony, former workers for Karpen's abortion business have spoken out about his abhorrent practices. One of Karpen's former operating room assistants confirmed she saw babies born alive every day but didn't realize it was illegal. She helped Karpen with the abortions and said, "Most of the time the fetus would come completely out before he cut the spinal cord; or he introduced one of the instruments into the soft spot of the fetus, in order to kill the fetus."

Just as Gosnell witnesses testified that they saw some of the babies breathing or moving before he "snipped" them, Karpen's assistant described, "It was still moving, you could see the stomach, breathing. That's when he would snip the spine." Often, she said Karpen would pull a baby out feet first until he clamped down on the head with "Bierers" (forceps with with serrated jaws.) She had to look away after too many times watching the baby's toes wiggling, then jerk and spread open, before finally going limp.

She and other former Karpen workers told of other ways Karpen would kill babies born alive. How he pushed a surgical instrument into a baby's stomach to kill it, put his finger down a baby's throat, or twisted a baby's head to break it off his neck. And just as we saw the dead bodies of the babies Gosnell snipped, the bloody images of at least two late-term babies Karpen killed have been smuggled out of his chop shop as proof of his practices.

"Fetuses and Blood All Over the Place"

In the bloody business of abortion, the name of the game is to get women in and out quickly. One of Gosnell's unlicensed workers testified that at times, when women were given medicine to speed up their deliveries, “it would rain fetuses. Fetuses and blood all over the place.” Another worker testified in the Gosnell Grand Jury report "that one or two babies fell out of patients each night. They dropped out on lounge chairs, on the floor, and often in the toilet."

Karpen's workers spoke of similar horror stories where women went into labor too early. The workers said, "We saw a lot of cases where women felt like they had to push and they had to run to the bathroom. On some occasions, we had women where the fetuses were falling into the toilet…or before even getting to the clinic." They went on to say that one woman left her baby in a McDonald's bathroom. Another was walking to the operating room for her abortion, but ended up giving birth in the hallway. In that case, Karpen simply picked the child up and threw him in a trash bag.

It gets worse. Another Karpen assistant said that sometimes a baby was too far along to be delivered easily: “Sometimes he couldn’t get the fetus out. He (Karpen) would yank pieces – piece by piece – when they were oversized. And I’m talking about the whole floor dirty. I’m talking about me drenched in blood.”

The fetuses and blood really did get everywhere. At Gosnell's clinic, they backed up the facility plumbing regularly, and the janitor had to clean out the fetal parts, babies' arms and legs, from the pipes. When Karpen's clinic had a sewer leak, a woman at the business next door reported, “This whole area is nothing but raw sewage and bloody pieces. There were little legs coming out from one side.” It sounds like a scene out of a horror film, but the horror of abortion is all too real.

Medical Boards that Refuse to Investigate or Discipline Serious Complaints

How do mom and pop chop shops like Gosnell's and Karpen's stay open? Because the authorities in charge of regulating and licensing abortion facilities turn a blind eye. The Gosnell Grand Jury reported:

"The [Pennsylvania Medical] Board overlooked Gosnell’s unprofessional conduct not only in the 1970s but for the next three decades, as he continued to employ unlicensed workers to practice medicine at his clinic, and as his patients continued to suffer serious injuries or worse during abortion procedures. …

"Between 2002 and 2009, Board of Medicine attorneys reviewed five cases involving malpractice and other complaints against Gosnell. (The Grand Jury also received records of three older complaints – from 1983, 1990, and 1992 – one of which resulted in a reprimand.) None of the assigned attorneys, or their supervisors, suggested that the Board take action against the deviant doctor. In fact, despite serious allegations, three of the cases were closed without any investigation. The other two were investigated and then closed – without any action being taken."

Similar stonewalling is taking place in Texas with the Karpen case. Operation Rescue filed a complaint against him to the Texas Medical Board in 2011 documenting years of violations, botched abortions, and at least one girl's death. OR's Cheryl Sullenger thought the investigation was moving along, until communications with the board dropped off. On Feb 8th, the Medical Board dismissed the case in a letter:

"The investigation referenced above has been dismissed because the Board determined there was insufficient evidence to prove that a violation of the Medical Practices Act occurred. Specifically, this investigation determined that Dr. Karpen did not violate the laws connected with the practice of medicine and there is no evidence of inappropriate behavior, therefore no further action will be taken."

Didn't violate the law? No evidence of inappropriate behavior?

Once again, this is just state authorities sweeping the crimes of an abortionist under the rug, and the media is trying to ignore the story. The similarities between Karpen and Gosnell are eerie until you realize that this is business as usual. This is what 40 years and 55 million dead by legal abortion has wrought. This is what abortion truly is.