Why Guns IN Schools Save Lives

Kevin McCullough
|
Posted: Mar 21, 2018 12:01 AM
Share   Tweet
The opinions expressed by columnists are their own and do not necessarily represent the views of Townhall.com. 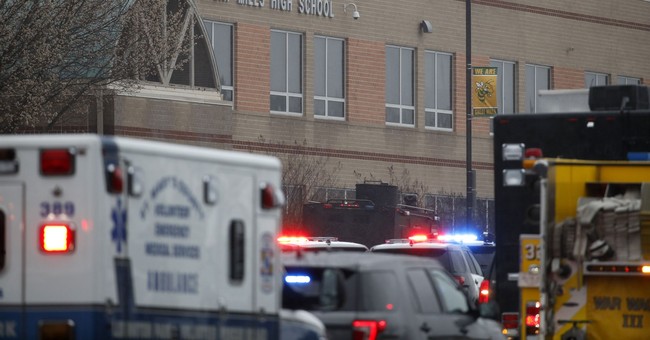 There will be no more school shootings at Great Mills High School in St. Mary’s County, Maryland.

There may be additional future shootings at Marjory Stoneman Douglas High School in Broward County, Florida.

The reasons for these assertions are many:

Parkland student David Hogg and other attention grabbers will likely try to discount the effectiveness of the response in Maryland. They would argue that extenuating circumstances caused the outcome to be different. They will argue that these differences nullify the title of this column. They will argue that these concepts are illegitimate because… who knows why? Hogg and others aren’t interested in saving lives. They have been manically demanding air-time to spout the most heinous ideas that will, if adopted, only serve to get more children killed.

But they would be wrong.

To be clear guns in the hands of trained personnel inside school buildings is only a piece of the larger solution to making our schools safer. I will not be fully convinced that our schools are safe until school districts fully adopt the seven simple steps to prevent school shootings I wrote about recently.

Hardening the targets of our public schools does not have to be expensive, or even take inordinate amounts of time. In most places it doesn’t require legislation, the approval of Congress, or a president’s signature. Making our schools the safest place on earth is not hard, unless the stupidity of people arguing that inanimate objects can suddenly do things all by themselves gets in the way. Making our schools safe doesn’t require much at all.

What it does require is a commitment by the district administrators, school boards, staff, and parents to do that which is necessary to keep our children safe.

Banning a type of firearm did nothing to stop Columbine. Raising age limits on purchases would have had no impact at Sandy Hook. Waiting for the cowards of the Broward Sheriff’s office to “handle it” got 17 victims killed.

The series of events in St. Mary’s County will sadly be forgotten probably by tomorrow’s news cycle. Victimizers like Parkland student David Hogg and Broward Sheriff Scott Israel will continue to rewrite history in the utterly clear failures in Florida. The phony “student walkout” idiocy will continue to be propped up and supported by terrorist sympathizer Linda Sarsour and other organizers of the Women’s March.

But if we truly care about the welfare of our nation’s school children we should not let it be forgotten, because in the shadow of the utter incompetency, negligent, and horrific foolishness of Marjory Stoneman Douglas High School, Great Mills High School gave us an example of how to respond to a shooter who invades the hallowed halls of education.

Simply stated, it is to put him down!