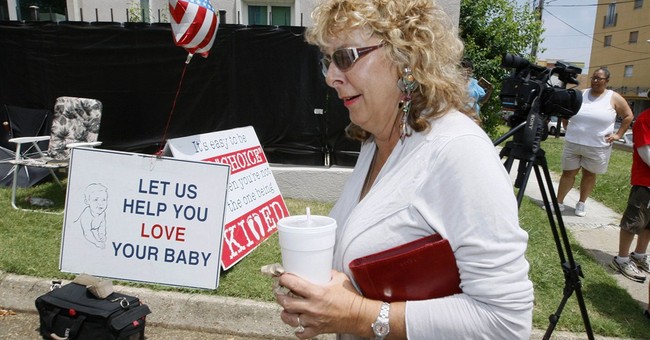 For those who believe that life begins at conception, abortion hangs over society like a dark cloud. So long as the culture and the courts continue to embrace this barbaric practice as simply a matter of "women's health care," there remains a need for pro-life advocacy and activism. According to the most recent statistics gathered by the Centers for Disease Control and Prevention, however, the pro-life community has reason to feel hopeful. As of 2010 abortion was at its lowest level in 30 years, and rates continue to fall.

One possible influence on the falling abortion rate lies in the twin realms of science and technology. As reproductive science has advanced, the humanity of an unborn child has become increasingly apparent. We now know that unborn children begin interacting with their uterine environment at a very early point in the pregnancy. They respond to physical stimuli. They can feel pain. With each progressing week in the pregnancy an unborn baby acquires new capacities and abilities. The antiquated notion that an unborn baby is merely an extension of the mother's body has been proven false. Since the baby is a separate and genetically distinct person, the argument that abortion is simply a matter of "my body, my choice" has less resonance. Even if that argument were true (never mind the fact that the law places all sorts of limitations on what we can do with our bodies, e.g. cannot smoke before 18 or drink before 21, can't ingest illegal drugs, etc.), the argument doesn't apply to another individual. A person's right to swing his fist ends where another's nose begins. Increasingly, society is recognizing that a pregnant woman is bound by certain moral – and perhaps one day soon, legal – obligations to the person residing within her womb.

The increasing sophistication of ultrasound imaging might also be a factor in abortion's falling rates. For years pro-lifers maintained that if only we could put a window on the womb, the rate of abortions would decline. Why? Because people would see that the subject of the potential abortion really is a baby and not just a blob of tissue. They would see just how vulnerable and precious an unborn child is, and the monstrosity of abortion would be cast into stark relief. A picture is truly worth a thousand words, and since an unborn child is unable to speak up for himself and incapable of defending himself from the abortionist's instruments of destruction, the images conveyed via ultrasound are crucial. For too long the "rights" rhetoric deployed by the Left has obscured the reality of what we are dealing with in the womb. Anecdotally, I can say that when I served on the Board of Directors for Care Net, an organization dedicating to supporting and educating pregnant women with life affirming alternatives to abortion, I was told that the reversal rate for abortion minded women was as high as 90% at crisis pregnancy centers where ultrasound imaging was available.

Organizations like Care Net and the crisis pregnancy centers it supports are on the front lines in the battle to turn the tide of abortion in America. Their efforts may well help account for the falling rate of abortions. Those involved in the pregnancy care movement have learned that the best way to save a baby threatened with abortion is to offer love, assistance, and hope to her mother. And they are applying that lesson in practical ways by reaching out to women experiencing crisis pregnancies. Often the impulse to abort is borne out of fear and panic, and a failure to recognize that there are life affirming ways to cope with an unplanned or unwanted pregnancy. Instead of the fatalistic notion that an unplanned pregnancy necessarily dictates death for the baby and trauma, guilt, and regret for the mother, crisis pregnancy counseling says, "okay, you're pregnant and scared, and that's okay. You are not alone. We're going to support you and love you and figure out the best path forward for you and your baby." Now, that's real choice.

Whatever the pro-life movement has been doing, they should keep doing it. We've always known that standing up for the protection of innocent life if the right thing to do. Meanwhile, it's becoming increasingly evident that we have science on our side. Unborn children are people too, and they and their mothers deserve our protection and support.

The latest statistics on declining abortion rates are encouraging, but we still have a long way to go. Even one child lost to abortion is one too many.