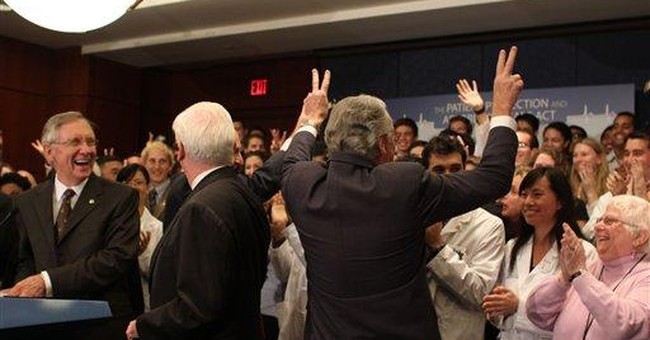 Affordability, accessibility, quality?the hallowed trifecta at the center of the debate over health care reform.  Proponents of reform argue that these three goals must be achieved for all Americans before any reform effort can be called a success.  As a means to this end, supporters of market-based solutions to the health care problem are pushing to lift restrictions preventing the sale of health insurance across state lines.  They maintain that allowing consumers to shop for insurance nationwide would increase competition, thereby lowering prices.

Critics of this measure warn, however, that overturning the current ban on interstate sales of health insurance will harm, not help, consumers. They argue that such a policy would enable out-of-state insurance companies to skirt strict consumer protection laws currently at work in states like California.  Essentially, these laws mandate what kinds of services and treatments must be covered by all health insurance plans in their state; and, if the interstate ban was lifted, these states would have no power to regulate the content of policies purchased by their citizens from companies based out-of-state.

To put it another way, opponents of interstate insurance sales don't want consumers to be able to choose a policy that fits their specific needs; they want them to be required by law to purchase only those policies that government bureaucrats think is best for them.

This blatantly anti-choice position is, of course, couched in terms of "consumer protection."  Politicians and consumer advocacy groups insist that mandates are necessary to protect vulnerable consumers from the unscrupulous machinations of greedy insurance companies.  They fear that opening the market for insurance sales across state lines will result in a "race to the bottom," in which "insurers compete to sell bare-bones policies at the lowest price, lacking benefits such as maternity care."

This rationale is the equivalent of saying that consumers looking for a cell phone should not be allowed to purchase the Jitterbug because it lacks the features of the i-Phone, or that people should be prevented from buying the Ford Ranger because the Ford F-250 Super Duty is a bigger, better vehicle with superior towing capacity and greater horsepower.  There are, undoubtedly, individuals out there who would like to be able to purchase a policy that meets their basic needs?a"Jitterbug" or a "Ranger"?and who don't want and can't afford coverage for maternity care, in vitro fertilization, reconstructive surgery, or tobacco cessation classes.

The issue in question boils down to an matter of choice.  The bureaucrats have decided that the people need Big Brother to dictate their health insurance decisions because they can't be trusted to make good choices themselves.  This is the height of paternalism: Government knows best and damn the torpedoes.

The flip side of this seemingly benevolent government coin is that when people are unable to afford the "Cadillac" plans mandated by state law and barred from purchasing lower priced alternatives, the rest of the taxpaying public is forced to subsidize the cost of the pricey state-approved plan in an attempt to achieve coverage for all.  Meanwhile, companies willing to sell basic, affordable insurance are shut out of the market.

If our representatives at the state and federal levels are serious about securing affordable, accessible, and high quality health care options for every American citizen, they would do well to support reform efforts that include a wide variety of insurance options?options generated by the market, not by regulators.  Consumer choice should guide the health insurance market, not the dictates of know-it–all bureaucrats who presume to know what's best for the rest of us.
No Surprise: California AG Xavier Becerra Is Withholding Vital Firearm Statistics and Data
Beth Baumann
Matt Gaetz Wonders If a Transition from Biden to Harris Is Already Underway
Bronson Stocking