No Premature Surrender in the Battle for the Supreme Court

Ken Blackwell
|
Posted: May 06, 2016 12:01 PM
Share   Tweet
The opinions expressed by columnists are their own and do not necessarily represent the views of Townhall.com. 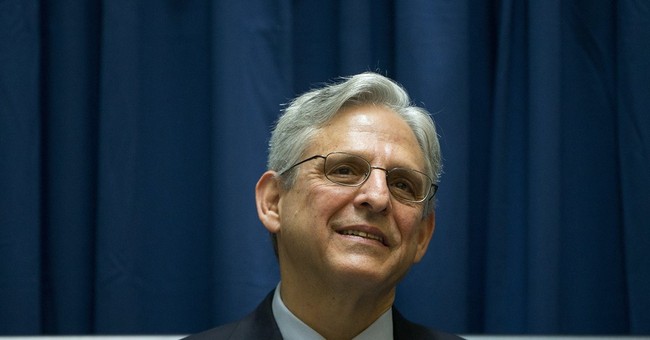 Living through the craziest and most unpredictable election season in my lifetime, it appears that nothing goes according to plan and there is always another surprise. However, even in this volatile political year, there are still some things you can count on. A lone conservative voice will predict loss and call for early surrender and the media will go into overdrive to shine a light on this tiny minority to declare victory or amplify a story of conservative division, where one does not exist.

On cue, this Tuesday’s primary results in Indiana (which were disappointing to many in the movement) were met with a new call to surrender on the battle over the Supreme Court. Leon Wolf, the managing editor of RedState called for Republicans to immediately bring up a vote on Judge Merrick Garland. Wolf looked into his crystal ball and declared the November election over and said that nominees by President Clinton with a Democrat Senate will be worse than Garland and younger, so they will influence the Court longer. He doubled down on the argument in a CNN appearance as the media tried to give more oxygen to his arguments.

The argument is even more concerning since RedState has long been one of the leading voices for conservatives to stand firm on our principles and not surrender at the first sign of danger. In fact, Erick Erickson, the former editor of RedState, took issue with this argument and said even if you assume the Presidential race is lost this takes away a key argument for Republican Senators who can make the case that they will hold the line on dangerous judicial appointments. “Republicans rushing now to confirm Merrick Garland would just confirm that they think everything is doomed, anger voters who might help them keep the Senate, and further depress Republican turnout in November. They should resist the temptation.”

Echoing these sentiments is Weekly Standard executive editor Terry Eastland, who served as director of communications under Attorney General Ed Meese in the Reagan administration. Commenting on Wolf’s suggestion Eastland wrote: “Acting on that advice would aggravate the party’s conservative base and surely cost the Republicans the Senate.”

The idea that we should declare the war over and let President Obama cement a liberal court right now is lunacy. The New York Times even said recently that the confirmation of Judge Garland would lead to the most liberal court in 50 years. On business issues, he has sided with government agencies over small businesses almost every single time, according to the National Federation of Independent Business, which took a stance against a Supreme Court nomination for the first time in its 70 plus year history. On the Second Amendment and issues of importance to the family, Garland has been a solid liberal vote and will solidify the liberal bloc on the court from day one.

It’s hard to see how we can take the chance of getting a worse nominee. Garland will no doubt have a profound influence on the Court and its interpretation of the Constitution for years, notwithstanding the argument that he is older than other potential nominees.

While the mainstream media has tried to play up one blog post as evidence that conservatives are ready to surrender on the nomination, nothing could be further from the truth. In addition to Erickson’s argument, leading conservative voices, including the Tea Party Patriots, Carrie Severino of the Judicial Crisis Network and Ed Whelan, a former Scalia clerk have rejected this silly argument, as have Sen. McConnell, Grassley and many others. In his column, Whelan wrote, “[y]es, things look bad on the presidential front. But that’s no reason to go wobbly on keeping the Scalia seat open through the election.”

The bottom line is that we do not yet know what will happen in November –if we’ve learned nothing else this election season it’s that we have no idea what will happen. Therefore we cannot prematurely surrender today on President Obama’s choice to provide a steady and reliable vote to join Ginsberg, Kagan, Breyer and Sotomayor. Conservatives trying to defend our courts and our Constitution need to stand firm and battle this nomination with everything we have and prepare for whatever may – or may not – come in the months ahead.