The Foolishness of Progressivism 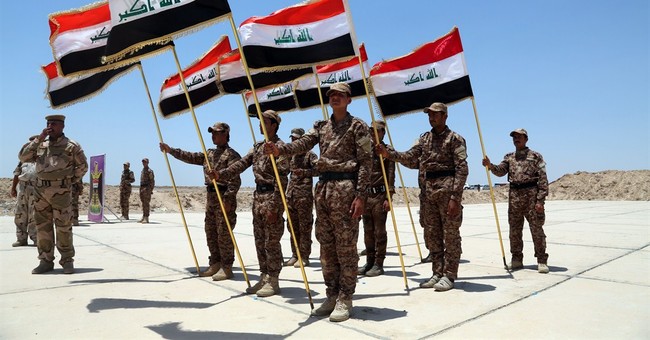 Looking at President Obama’s foreign policy toward the Muslim world, especially Iran, makes me feel like America has followed Alice into Wonderland. Nothing makes sense anymore, as the surreal has displaced the logical. Given Mr. Obama’s progressive ideology, it’s exactly what we should have expected.

Foreign policy is the realm of realpolitik. It has to be so, because the stakes are so high: the prosperity and even the survival of the human race. The first duty of every president has to be ensuring that the nation does not become vulnerable to the attacks of its enemies, but Mr. Obama fails to understand who our enemies are.

Progressivism also errs fundamentally about the reality of human nature. Conservatives understand that man is a fallen creature, morally imperfect and inherently capable of evil in motives and actions.

Therefore, in foreign policy, you need to keep your powder dry.

Progressivism believes that man is innately good. In terms of foreign policy, that means we must trust that men’s motives are good, and we can work out our differences by talking with each other. After all, we’re all brothers under the skin.

The problem comes when reality refuses to conform to the utopian vision. One inescapable fact of foreign affairs is that it takes two to make peace, but only one to make war.

The late Robert Kennedy once said, “Some men see things as they are and say why. I dream things that never were and say why not.”

Barack Obama’s dream that never was is to see America reconciled to the Muslim world. He has been obsessed with Islam right from the beginning of his administration. To realize his dream, he insists on treating implacable enemies like Iran as if they were already friends.

Thus, we’ve witnessed inanities like repurposing NASA from space exploration to making nice with the Muslim world (yes, Allah began as the moon god of an Arabian tribe, but it’s not as if we’re going to find him on the Far Side). But emasculating NASA is not a laughing matter. While NASA has been sidetracked for the last six years, the Russians, Chinese, Indians, Japanese and Western Europeans are making strides in their own space programs. Some future president is likely to learn the hard way that falling behind in space will have very painful consequences for America.

We’ve witnessed incomprehensible tactical policy blunders like releasing diehard jihadists from Guantanamo and watching them return to the battlefield, and the infamous exchange of five al-Qaeda generals for an American deserter. How many Americans realize that the leader of ISIS, Abu Bakr al-Baghdadi, was in U.S. custody in Iraq at the beginning of the Obama administration?

We’ve witnessed colossal strategic blunders, like supporting our sworn enemies, the Muslim Brotherhood, in Egypt and elsewhere, and the inexplicable failure to support the pro-Western, pro-democracy revolution against the Iranian mullahs in 2009. Many foreign policy experts have agreed for years that the best chance we have to prevent the mullahs from obtaining nuclear weapons was not a U.S. invasion, but support for a popular Iranian regime change . Obama is missing every opportunity presented him.

We’ve even witnessed the outright denial of reality, such as Obama’s refusal to acknowledge that the Fort Hood massacre was the work of a Muslim terrorist. Officially it is considered “workplace violence,” even though Maj. Nidal Hassan was shouting “Allahu Akbar” as he gunned down his fellow soldiers. Obama won’t even allow his administration to use the words “Muslim” and “terrorist” in the same sentence.

Obama doesn’t seem to understand that the jihadists are not just like us. They have completely different values and ethics, and a worldview radically opposed to both Western secularism and Christianity. They don’t want peace with us; we are the Great Satan, and they want to destroy us.

Back to realpolitik. The situation in the Iran nuclear arms talks is dire. Our European partners suspect that Obama is functioning primarily as Iran’s apologist, not adversary, and by watering down economic sanctions, may be cooperating with the mullahs in their quest to obtain the Bomb. Nuclear weapons in the hands of the mullahs would pose an existential threat to Israel immediately, and in time to the entire world as Iran improves its long-range missiles.

As the Obama administration winds down, I expect the situation only to get worse. The increasing desperation of the administration to realize the dream of fraternity with the Muslim world by 2016 will lead to ever more ignominious acts of national self-abasement that may soon verge on outright insanity.