Cincinnati Must Face the Crisis that Sealed Detroit’s Fate 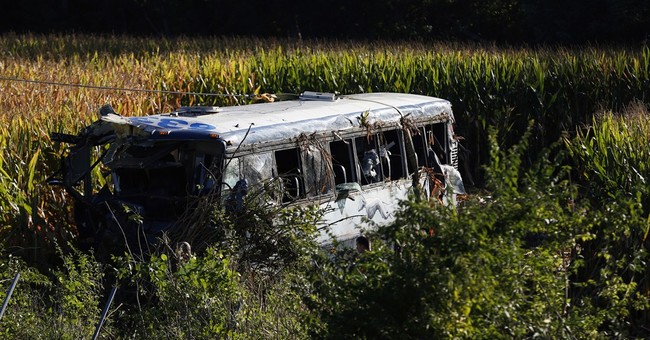 Editor's Note: This column was co-authored by Prof. Richard Vedder, the Distinguished Professor of Economics Emeritus at Ohio University.

Cincinnati and Detroit are separated by barely more than 250 miles – a five-hour drive at worst, or under an hour by plane. Despite this proximity, many Cincinnatians would prefer to believe that Detroit’s horrendous fiscal situation couldn’t possibly hit their city. Not so fast.

As the largest bankrupt city in America, Detroit has seen its population drop by more than half, unemployment soar to well over double the national average, and services decline. This is what happens to a locality mired in $18.5 billion of debt.

No, Cincinnati is not in immediate danger of that degree of collapse. But as Ohioans with some 75 years of combined experience in public service and fiscal policy, we both strongly believe the City should learn a lesson from Detroit now … before the seeds of such a crisis grow out of control.

Roughly half of Detroit’s debt is due to the excessively generous pension and health care plans for 20,000 Motor City retirees. They’re not alone. The Pew Center found that 61 of America’s major cities had a total gap of $217 billion in unfunded pension and health care liabilities, and determined that ample benefits had been guaranteed to retirees without a viable way to manage the inevitably high long-term costs.

Cincinnati has been strained by bloated pensions for several years now; leaders appointed two task forces and created a Board of Trustees for overhauling the City’s retirement programs between 2007 and 2010. By 2011, that Board was warning of pension fund insolvency for City workers within 21 years Although the City Council instituted reforms in response, more recent news indicates there is a great deal of urgent work still to be done.

In June of this year, Ohio Auditor David Yost sent a letter to City officials, detailing an $862 million unfunded pension liability as of the end of 2012. That works out to over $6,500 for every household in the City. Other estimates, using different financial assumptions, put the total much higher – and those numbers don’t even include potentially tens of thousands more per Cincinnati household from state-level government pensions. It is therefore no wonder that, on July 15, Moody’s downgraded the City of Seven Hills’ general obligation bonds due to “budgetary pressure” from pension contributions.

In the early 2000s, the City’s pension plan was nearly 100 percent funded. But thanks to poor investments (including the 2008 market crash) and policy miscues, the funding now sits at a paltry 61 percent and the debt is accelerating. Between 2012 and 2013, the unfunded liability rose by nearly one-fifth. According to a consultant for the Cincinnati Retirement System’s Trustees, if left unaddressed the burden will only worsen through 2042, when it will be a mere 40 percent funded.

By doing nothing on pension reform, the most at-risk Cincinnatians stand to lose out first. As the public pension program devours an ever-greater share of receipts, government services are almost certain to be starved. The pressure to raise taxes will also be greater, making the City a more expensive place in which to reside. As Chicago Mayor Rahm Emanuel famously declared, “Without pension reform, we’ll be forced to mortgage our children’s future to pay for our past.” Meanwhile, City workers themselves would have less certainty for their own financial futures.

Next week, Cincinnati voters have a chance to address these pension problems at the ballot box. Issue 4, a Charter Amendment Petition, would enroll new City employees in a defined contribution plan, rather than the current defined benefit plan. The amendment would also put in place contribution caps for the City, keep cost-of-living adjustments honest, and stipulate that City employees do not receive paychecks and retirement checks at the same time. These common-sense reforms would be a step in the right direction, and would help ensure that the City does not follow Detroit down the road to financial ruin.

Cincinnati’s downgrade and growing pension debt should serve as a warning sign to lawmakers and taxpayers: without major reforms such as transitioning to defined contribution plans, the City faces a daunting road ahead. Fortunately, a saner course is available, one in which everybody, in and out of government, regardless of political party, has a vital stake. Issue 4 may not be perfect, but we urge Cincinnatians to consider the cost of delay. Time is not on the side of this great city.