Why Pay Clintons Top Dollar for No Answers on Jerusalem ? 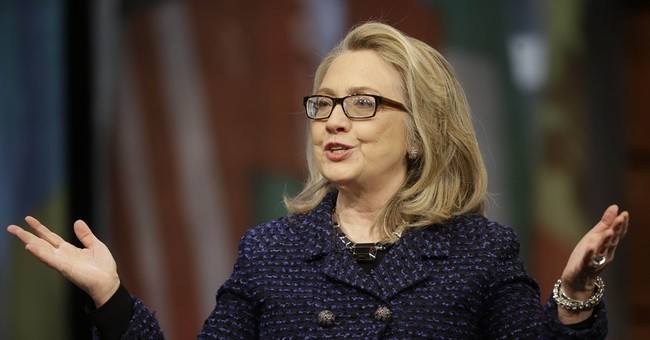 Former Secretary of State Hillary Clinton is commanding big speaking fees. She regularly gets $200,000 for unburdening her mind on important topics of the day. Bill Clinton has topped all former presidents, however, in speaking for dollars. He can command as much as $500,000 for a 45-minute address. That ain’t chopped liver.

As interesting as it would be to hear these very knowledgeable folks, however, one thing they do not tell us is why they thought it was a good idea to divide Jerusalem and give a portion of it to Yasser Arafat’s PLO faction.

Yasser Arafat was for many years listed as a leading terrorist in the world. He invented airline hijacking for terror purposes. It would not be out of line to call him the mentor to the 9/11 hijackers. Yasser Arafat personally ordered the murder of U.S. Ambassador Cleo Noel in Sudan in 1973.

When President Clinton came to office in 1993, however, the U.S. had recognized already Yasser Arafat’s PLO as the so-called Palestinian Authority (PA) and was pressing Israel to make major concessions in territory to Arafat. Bill Clinton famously posed on the White House Lawn in 1993 with Arafat and Israeli Prime Minister Yitzhak Rabin. Rabin would tragically be assassinated in 1995, after he and Arafat, and current Israeli President Shimon Peres were jointly awarded the 1994 Nobel Peace Prize. The citation says it was given “"for their efforts to create peace in the Middle East.”

Part of the Oslo Accords that led to the White House ceremony involved granting Arafat custody over Bethlehem and the area surrounding Manger Square. The PLO treated their takeover of Bethlehem as the Second Coming of Yasser. Huge posters of his unlovely, unshaven face festooned the buildings in Manger Square. Many Christians felt intimidated about going to Bethlehem to celebrate Christmas. Arafat planned to use the Church of the Nativity to broadcast a speech on Palestinian nationalist themes to a captive audience. There was even an effort to cast Jesus as a first century Palestinian Arab.

Despite this bad experience, President Bill Clinton in 2000 tried for a Second Camp David agreement, bringing Yasser Arafat and the leader of a shaky Israeli coalition government, Ehud Barak, to the U.S. for another round of high-stakes talks. Bill Clinton, just weeks from the end of his second term, wanted desperately to pressure the Israelis into making even more concessions to Arafat. Prime Minister Barak offered an unprecedented amount of territory to Arafat’s PLO (PA).

Under prodding by a most persuasive Bill Clinton, Prime Minister Barak offered to give the Palestinians custody over that area in Jerusalem surrounding the Church of the Holy Sepulchre, where Jesus’ body was laid for three days following his crucifixion.

Despite offers of more than 90% of the West Bank, Arafat rejected the Clinton-brokered deal and incited yet another intifada. As a result, Prime Minister Barak’s coalition government collapsed. He and his Labor Party were thoroughly repudiated by Israeli voters in the next elections.

Shortly thereafter, taking advantage of the gains they had made under the Oslo Accords, Palestinian militants in 2002 staged an intifada against the Israelis. Pursued by Israeli Defense Forces (IDF), they retreated to and occupied Bethlehem’s Church of the Nativity. Their occupation effectively held Christian priests as hostages for 39 days.

The IDF refused to storm this Christian holy site, and so the Palestinian terrorists holed up there desecrated the ancient shrine, using the pages of sacred texts for toilet paper. When they were assured of safe passage out by the European Union negotiators, the terrorists left behind forty explosive devices—in the birthplace of the Prince of Peace.

Jerusalem was not divided by Bill Clinton, but not because of anything he did as President. He made every effort to divide it.

When she was Secretary of State, Hillary Clinton continued to press for a comprehensive peace settlement that would have divided Jerusalem. The Obama State Department that Hillary led refused to acknowledge Jerusalem’s status. Under persistent questioning in 2012 by State Department reporters, Hillary Clinton’s spokesperson, Victoria Nuland, famously refused—repeatedly—to describe Jerusalem as Israel’s capital.

What happened to Jerusalem the last time Jerusalem was divided? In the thousands of years that Jerusalem has been regarded as the Holy City, it was formally divided only for a brief period, 1948-1967. Then, the neighboring Jordanians occupied the Eastern part of the city. Jews were forbidden to approach the Western Wall, their holiest place. Their cemeteries—some going back a thousand years—were used for latrines. Their grave markers were uprooted and carted away for paving stones. Christians’ access was severely limited, too.

If Jordan, widely regarded as a moderate Hashemite monarchy, could so treat East Jerusalem, how would Palestinian militants treat it? Look to the Church of the Nativity in Bethlehem to learn how.

This is why Jerusalem—regardless of what timid, droning Obama State Department apparatchiks keep saying—must never again be divided. Here’s a pop-quiz for Bill and Hillary Clinton the next time they give one of their high-fee speeches: What is the capital of Israel?