Defending those Who Defend Us 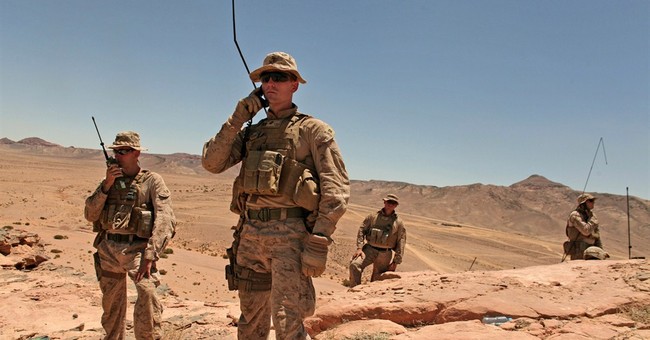 If you go to the D-Day Memorial in Bedford, Virginia, you will see a moving tableau, a series of statues of the brave young Americans who stormed ashore on June 6, 1944 to liberate a continent from the grip of Adolf Hitler. One of these statues is called “Death on the Shore.”

It shows a soldier who was cut down as he left his landing craft. His Bible is seen falling out of his rucksack. That Bible included an endorsement from President Franklin D. Roosevelt. The body of this young man, one of the many from the little Southwest Virginia town of Bedford, was never found but his Bible was returned to his loving family. Bedford was chosen for the D-Day Memorial because it sacrificed more sons, proportionately, than any other American town on that Longest Day.

The rights for which that young soldier laid down his life include first religious freedom. Religious freedom is the first right protected in the Bill of Rights. Americans have cherished religious freedom since before we were an independent nation. That is why many of the original colonists came to America in the 17th and 18th centuries.

Those religious freedoms are very much at risk today. Under the Obama administration, there is an ongoing effort to suppress free speech and free exercise. The view of this administration is becoming clearer each day: Freedom of worship will be grudgingly tolerated, but try to live out your faith, try to share your faith in the public square and you face trouble.

My organization, Family Research Council (FRC), has combined with a broad spectrum of religious, social, and educational groups to alert Americans to a rising tide of hostility and discrimination faced by Christians and others in our all-volunteer military. FRC has issued a report titled “Clear and Present Danger.” You can click on the link and download the entire report. You can also gain critical intelligence on this important topic on our new website, http://www.militaryfreedom.org/

The FRC report documents many actions that have occurred under this administration and before that endanger the very religious freedoms that are guaranteed by our Constitution. It is these freedoms that members of our armed services take an oath to defend—So help me God. As you read the timelines of the threats, you will see they are increasing in frequency and scope.

FRC is urging Congress to enact religious freedom legislation for our service members. In the U.S. House of Representatives, this measure is sponsored by Rep. John Fleming (R-La.) Mr. Fleming says: “Those who fought for religious liberties the most are the ones having their religious liberties taken from them.” The legislation got a strong boost from Congressman Jim Bridenstine (R-Okla.) Mr. Bridenstine is a former Navy pilot who put his life on the line every time he stepped into a cockpit. He knows the importance service members attach to their faith. Congressman Bridenstine says religious freedom is “under attack” in our military.

One egregious example documented in the Clear and Present Danger report was the order at Walter Reed National Medical Center in December, 2011, that banned visitors from bringing Bibles to wounded warriors. This order would be unconstitutional and offensive anywhere in the military, but Army Dr. Walter Reed, for whom the facility was named, was a devout Christian. A century ago, this most famous military physician publicly thanked God for enabling him to eradicate the deadly scourge of Yellow Fever.

While suppressing Christians in the military, the Obama administration goes out of its way to avoid the obvious when it comes to Islamist jihad. When Nidal Hasan, then serving in the Army, went on a murderous shooting spree at Fort Hood, Texas, he killed thirteen soldiers, including a pregnant young mother, Francheska Velez. She cried out: “My baby! My baby?” Hasan showed no mercy. That was November, 2009.

Hasan carried a business card. This army psychiatrist did not identify himself as a U.S. soldier, even though the American people had paid for his education. Instead, he self-identified as “Soldier of Allah.” As he murdered his fellow soldiers, he cried out: “Allahu Akbar,” the Arabic words for “God is Great.”

Pretty obviously, this was an act of religious hatred. Did the Obama administration view treat this as an act of terrorism, as a jihadist attack? No. They referred to this worst of all attacks on a U.S. military base merely as a case of “workplace violence.”

The cover of FRC’s Clear and Present Danger report shows a white cross from the U.S. Cemetery at Normandy. It might as well have shown the Stars of David that are nestled among those beautiful crosses. For Jewish service members have their religious freedom threatened by Obama policies, as well. Now is the time for Congress to act to protect the religious liberties of all those who protect us.