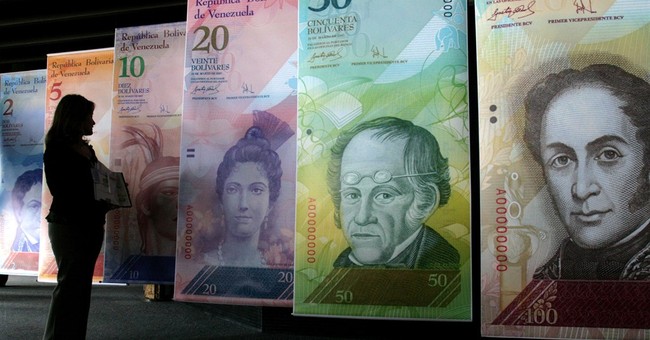 Trending
America is only four months into the second term of Barack Obama and already one of its most promising industries is suffering from a pair of grossly obtuse government agencies who have banded together to aid a foreign state-owned company at the expense of domestic firms.

It all begins and ends with Etihad Airways, the government-owned flag carrier of the United Arab Emirates that has enjoyed uncommonly generous subsidies and courtesies from the U.S. government.

The Department of Homeland Security announced earlier this year it had designs on establishing a Customs and Border Protection (CBP) pre-clearance facility at Abu Dhabi International Airport in the UAE.

The facility would be the first of its kind in the Middle East, intended as a subtle indication of the warming business environment for Western interests. That is, if the customs hub would actually be used.

But the taxpayer-backed favors don't end with the construction of a costly customs pre-clearance facility in which few Americans would ever step foot.

The U.S. Export-Import Bank, a controversial Great Depression-era federal agency that underwrites American exports abroad, has also funneled significant sums of taxpayer dollars to Etihad and the wealthy foreign nation that owns it.

According to the bank's public ledger, ExIm awarded the company at least $593 million in 2012 alone to finance the purchase of new planes and route expansions.

The sum total of these bizarre favors means a considerable market advantage was awarded to a foreign state-owned company in its efforts to poach customers from U.S. companies, and all courtesy of the U.S. government.

For our American airlines, it was a one-two punch: ExIm finances a rival foreign carrier's jets, while Homeland funds an airport singularly serviced by that rival company. Something is obviously amiss.

The bungled Etihad experiment is perhaps the most compelling exemplar of the Export-Import's Bank's decay: the agency maintains it performs the critical function of countering foreign-subsidized competition, but its indulgence of the foreign-owned Etihad has fundamentally displaced unsubsidized American business interests operating in the same market.

If actually supplementing America's domestic economy is too great a challenge for government bankers, is it also too much to ask that they at least do no harm?