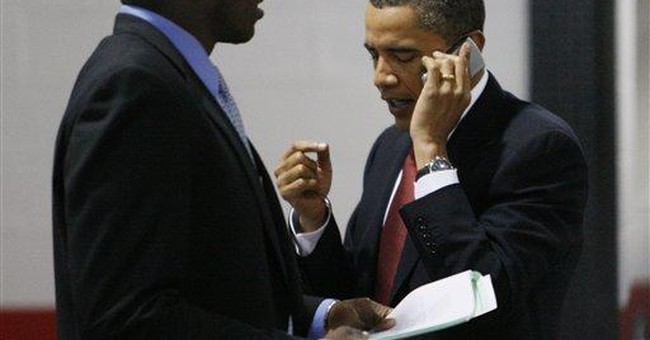 President Obama has no greater friend and supporter than Newsweek editor Evan Thomas. Actually, it’s not really accurate to describe Evan Thomas as a friend of the President; he’s more like a worshiper. It was Evan Thomas who managed what we all thought was an impossible feat: He one-upped Chris Matthews. Matthews had famously said that he felt a “tingling going up and down his leg” when he heard candidate Obama speak. Few thought it was possible to exceed that for adulation. But Evan Thomas said that Obama at Normandy “hovered above all like a God.” You’d have to go to North Korea to find more fulsome praise of a dear leader.

So, when Evan Thomas writes a column titled “The Case for Killing Granny” in a major news weekly, people should take notice. Thomas writes with evident feeling about his late mother. Suffering terribly from emphysema, Thomas’ mother wanted to die. She did not want the life-extending treatment that her doctors thought was best for her.

Thomas wants us to face up to reality. “Rationing,” he writes, is the R word that all politicians are afraid to breathe. Then he says: “The need to spend less money on the elderly at the end of life is the elephant in the room in the health-reform debate...Americans are afraid not just of dying, but of talking and thinking about death. Until Americans learn to contemplate death as more than a scientific challenge to be overcome, our health-care system will remain unfixable [emphasis added.]”

His column concludes with a moving and memorable passage. His mother waved off extraordinary treatment, signaled that she wanted to go to hospice to die, that she did not want to remain in the hospital ICU where she was hooked up to monitors and “all the tubes and wires.”

The column is really not about killing Granny at all. Evan Thomas’ mother’s decision was perfectly in accord with the best of ethical decision-making for end-of-life situations. None of us would second-guess Mrs. Thomas’ decision to forego further or futile treatment.

So why does Evan Thomas write such an incendiary column? Why does he insist on smoking in the paint locker? Why does he call his column a case for killing Granny? What happened to his mother—as he describes it—was not euthanasia. It was not voluntary euthanasia; it was certainly not involuntary euthanasia. It was surely remote from the elder killing that his column’s title suggests. His mother could have had her right to reject further treatment respected in every hospital I know. Certainly, that right is honored at Catholic hospitals.

What’s so dangerous about Thomas’ writing is that he claims that he is boldly thinking and saying the unthinkable, the unsayable, and then offers a totally different scenario to support the unthinkable and unsayable. Granny was in no sense killed. Mrs. Thomas was allowed to die, pure and simple.

Such confused, confusing, and illogical argumentation is exactly what we oppose in ObamaCare. It is a far, far cry from letting a competent adult reject treatment to “gently nudging” a medically fragile person toward that fellow with the scythe—Charles Krauthammer’s phrase, or convening a “death panel”--Sarah Palin’s phrase--to rule on whether Granny is ever put on life support in the first place.

Evan Thomas decries the fact that America spends a greater percentage of her Gross Domestic Product on health care than Europe does. Question: When Europe’s elites get sick, where do they go for treatment?

Much of what Thomas misses, in the midst of his genuflection, is that ObamaCare would be the greatest example in history of the Law of Unintended Consequences. A top Obama administration official recently spoke to the Washington Post (the parent corporation of Thomas’ Newsweek). Frustrated at the way the new administration was taking political punches for its takeover of GM, its bailout of Wall Street, its management of AIG, its setting of corporate salaries, its shareholding of major banks, the unnamed Obama aide said:. “There were so many things we had to do, and those are the things that feed into the skepticism that government is taking over everything or can’t get it right. These were things we had no interest in doing. That’s the irony” [Emphasis added.] Note to Obama aide: Life is what happens to you while you’re making other plans.

No, of course President Obama doesn’t want to unplug your grandmother. He surely doesn’t want to interfere with Evan Thomas’ mother’s perfectly acceptable decision to forego further futile treatment. It’s just that when he takes over health care, industry (through Cap and Tax), and education in this country, millions of decisions are going to be made. And they’ll be made by well-intentioned but fuzzy-thinking Obama worshipers like Evan Thomas. With friends like Evan Thomas, does Obama really need opponents?