The Mission for the Conservative Movement in 2021

Kay Coles James
|
Posted: Dec 30, 2020 12:43 PM
Share   Tweet
The opinions expressed by columnists are their own and do not necessarily represent the views of Townhall.com. 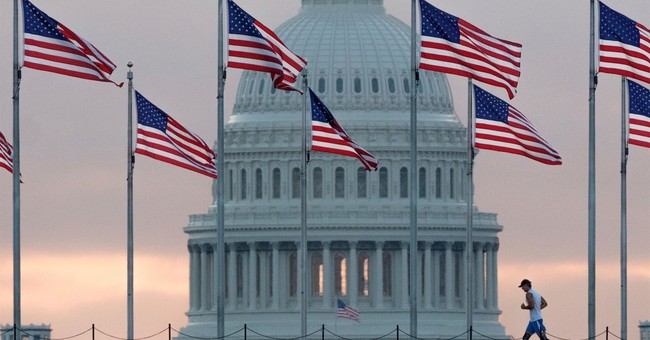 As we approach the end of 2020—a year with a deadly pandemic, a crushing economic shutdown, brutal riots, and a contested presidential election—it often feels as though things can’t get any worse.

Yet the political left sees these very moments when the American people are overwhelmed and exhausted as opportunities to push its destructive agenda. It won’t stop promoting socialist climate policies, government-run health care, identity politics, racial division, bending a knee to our worst enemies, and penalties for offending the sensibilities of the woke.

As the threats continue to grow, Americans are feeling anxious. They’re worried about whether America will still look like America two years from now.

That’s why in 2021, conservatives of all stripes must unite and work together in common cause to fight back.

We must put any differences aside to enter the battle immediately in front of us: preventing the takeover of America by the left.

This is not a call for some “Kumbaya” moment. It’s a call to band together to fight against those who are actively working to destroy America as we know it. Conservatives need to remember that, like a sports team, we don’t all have to play the same position, but we all have to play on the same team.

If we don’t stand united, if we become parochial in our thinking, if we let ourselves get distracted while our nation is under attack, we risk letting this great and precious gift we’ve been given slip from our grasp.

It’s OK to disagree among ourselves. Debate is good, because it can often lead to better answers. But to work together means civil discussion and being open to hearing new ideas. It means rejecting the tactics of the left—personal attacks and cancel culture have no place among conservatives. And it means keeping our eyes on the prize: a strong, free, and prosperous America for all Americans.

Those who believe that this country’s founding principles are what gave us the greatest nation on Earth must work together to keep her great. Our future is too important to leave anyone out of the fight.

And we have reason to be optimistic. During the recent elections, the conservative movement made substantial gains, even with Americans who hadn’t traditionally thought of themselves as conservatives before.

Voters rejected the far-left’s agenda in November. Rather than adding to the liberals’ numbers in the House of Representatives, governor’s offices, and even state legislatures, the people sent even more conservatives to office. And in the Senate, conservatives who were supposed to lose by double digits easily fended off left-wing challengers.

In addition, President Donald Trump saw historic gains with a broad coalition of Americans. He increased his percentage of Black, Latino, and Asian-American voters over 2016 despite the media’s attempts to tarnish his image at every turn.

Many of these voters are seeing that the left has gone off the deep end and that conservative policies just work better for everyone. They’ve already seen how cutting taxes and regulations gave rise to the greatest economic expansion in American history, to more and higher paying jobs, and to the lowest unemployment rate in five decades. They saw how conservative policies made America energy independent, proving that energy costs and gas prices don’t always have to go up.

They saw how conservatives prioritized veterans’ care and worked to rebuild our national defenses against increasing threats around the world to protect our families and our freedoms. And they found that their children performed better and were happier when they were free to choose schools that best met their children’s needs.

While these and other gains are undeniable, a long list of left-wing politicians, activists, and public officials are ready to roll most of them back without a moment’s hesitation.

That’s why, just as the conservative movement is building, 2021 is no time to take a break, to retreat, or to go off in our own separate corners. We must not fail in our duty to combine our efforts into a whole that’s greater and more powerful than the sum of its parts.

We must unite in common purpose against those who mean this nation harm. We must fight for those principles that gave us the freest, most prosperous nation on Earth. And we must fight to fulfill the promises of our forefathers and to pass on to our children and our children’s children a nation that’s at least as free as the one we inherited.

History and the infinite sacrifices of those who came before us have left that sacred obligation in our hands. America and her generations yet to come deserve no less than our fullest commitment to seeing it through.