Planned Parenthood’s ‘My Body’ Ad Should Show More Than Skin

Katie Yoder
|
Posted: Jun 21, 2019 7:45 AM
Share   Tweet
The opinions expressed by columnists are their own and do not necessarily represent the views of Townhall.com. 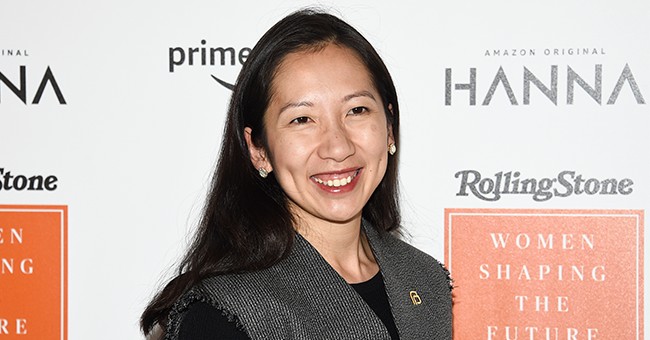 The nation’s largest abortion provider is fighting newly-passed abortion restrictions by declaring “bans off” a woman’s body. But, in doing so, it overlooks the pro-life position. Limiting abortion isn’t about controlling someone’s body; it’s about protecting someone’s body.

On June 17, Planned Parenthood President Leana Wen announced a campaign by her organization to protect abortion against state restrictions called “Bans Off My Body.”

Or so she says. But poll after poll reveals the majority of Americans want abortion restricted, including, most recently, an NPR/PBS NewsHour/Marist poll released in June.

In her tweet, Wen also shared a video from Planned Parenthood Action. The video featured naked women basking in a pink light. They declared, “This is my body. My life. My voice. My truth. My future. My decisions.”

“When we own our bodies, we are powerful. We are free,” they continued. “We won’t tolerate this assault on our health and our rights. And that means access to safe and legal abortion.”

With its wording, the Planned Parenthood ad appeared to applaud abortion as a self-centered decision based on “me, myself, and I.” But what makes humans heroic – extraordinary rather than ordinary – isn’t what they do for themselves. It’s what they do for others.

Every pregnancy consists of two bodies, not one. In the first trimester alone, an unborn baby’s heart starts beating. He or she grows fingernails and toes. If Planned Parenthood wants to promote bodily autonomy, it shouldn’t stop at women taking their clothes off. It should show Americans more: the inside of a pregnant woman – the ultrasound of a baby.

It did get one thing right. On the campaign site, the organization insisted, “Our bodies are our own — if they are not, we cannot be truly free or equal.”

That’s certainly true of the unborn.

The site also warned that “In 2019, state after state has tried to ban abortion at a point before most people know they’re pregnant — or even to ban it with almost no exceptions.” Planned Parenthood likely referenced the so-called heartbeat bills, passed in states like Ohio and Georgia, that ban abortion once a fetus has a detectable heartbeat.

Planned Parenthood further worried that “with the Trump-Pence administration in the White House and Brett Kavanaugh on the Supreme Court, state politicians feel emboldened.”

This campaign isn’t just online. To introduce its new plan of attack, Planned Parenthood is sponsoring a billboard in New York City’s Times Square through July 1 and invested in a six-figure digital ad buy, according to Refinery29. It also garnered some star power to spread the word by tweeting “#BansOffMyBody.”

Three days earlier, actress and activist Alyssa Milano (Charmed) chimed in by repeating the words in Planned Parenthood’s video: “When we own our bodies, we are powerful. We are free. And we won't tolerate this assault on our health and our rights — and that means access to safe and legal abortion. Together we say: GET YOUR BANS OFF MY BODY.”

That same day, Amy Brenneman (Judging Amy) and Alysia Reiner (Orange Is the New Black) repeated, “Together we say: GET YOUR BANS OFF MY BODY.”

Again on June 17, Sandra Bernhard (The King of Comedy) echoed and Christy Turlington (No Woman, No Cry) argued, “The abortion bans sweeping the country are an attack on ALL of us. This is about taking away our fundamental rights to make decisions about our bodies. So we demand: #BansOffMyBody.”

For her part, actress Tiffany Boone (Beautiful Creatures) added on June 17, “No abortion bans. Not now. Not ever.”

Elgin Charles (The White Sistas) urged on June 17, “Women are NOT going to tolerate this assault on their health and their rights! GET YOUR BANS OFF THEIR BODY!”

Women’s bodies should be left alone – empowered to live and flourish. But that starts in the womb.