Trump Is Right on Sweden

Katie Kieffer
|
Posted: Mar 06, 2017 12:01 AM
Share   Tweet
The opinions expressed by columnists are their own and do not necessarily represent the views of Townhall.com. 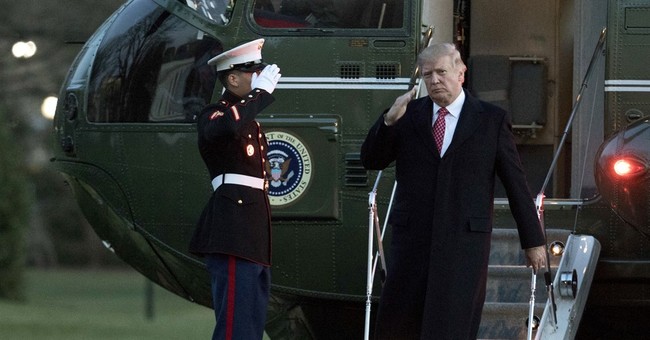 Sweden is drafting women into the military and endorsing “sex breaks” but, President Trump is right: Sweden has an immigration crisis and it is too late for even extreme measures.

Political correctness is crippling. We must begin telling the truth about why Sweden is struggling to replace its population; to maintain its culture; to create jobs; and to decrease violence.

Swedish councilman Per-Erik Muskos announced plans to offer his municipality’s public workers a paid 60-minute weekly break to hurry home and procreate as a way to jump-start Sweden’s dwindling birthrate and dying culture. The next week, the Swedish government announced plans to draft some 4,000 18-year-olds every year, including young women, in response to a what is being reported as a “deteriorating security environment.”

Sweden is indeed deteriorating under the weight of its overambitious immigration policy. In 2015 alone, Sweden accepted over 160,000 refugees. The country cannot support a 2 percent annual surge in population from a demographic with language, health and cultural barriers. Let’s face it: refugees are not workforce-ready. Sweden is now devoting more of its GDP to refugees than defense!

Murders escalated 77% since 1995—and 7% more murders were committed with a gun despite far stricter gun control than in the U.S.—according to Sweden’s Crime Survey. Reported rapes also increased by 13% in 2016. Stockholm law enforcement underreports refugee violence, such as the fact that teenage Swedish women were sexually assaulted by gangs of young male migrants.

Pope Francis will be a great leader of the Catholic Church when he decides to focus on matters of faith. Instead, he squanders his time in the public eye by opining on political topics on which he is sadly ignorant.

“The Pope specifically praised Sweden for welcoming and integrating foreigners,” The National Catholic Reporter wrote last month. In an interview with Scarp de Tenis magazine, Pope Francis emphasized: “Those who arrive in Europe are escaping war and famine. We are in some way responsible because we exploit their land but we don’t make any kind of investment for which they can benefit.”

Catholic teaching does not say that anyone arriving in Europe has a “right” to live in Europe. It’s also worth noting that the Middle East was largely held by Christian, Jewish or pagan landowners before Muslim invasions, so the Pope is on weak historical footing when he says the Middle East is “their land.” To what is Pope Francis referring? Muslims are not to the Middle East what Eskimos are to Alaska.

Pope Francis needs to stop speaking about politics; leave immigration policies up to individual countries; and focus on matters of faith.

We will collapse as a country if we try to emulate Sweden.

Most Americans heard (from the mainstream media) that President Trump made a “huge mistake” by claiming at a rally in Orlando Florida on February 18:

No one contested Trump’s claim of an escalation of violence in Europe. The media, and the Pope, however, lashed out at Trump’s assessment that a terrorist attack happened in Sweden on the night of Feb. 17, 2017.

Trump quickly clarified by tweeting that he was watching a Fox News segment on an increase of violence tied to Sweden’s immigration policies. Perhaps the president was multitasking while he was watching TV, because he came away from the program believing there had been an attack the previous night in Sweden.

Hours after Trump’s ominous remarks, an outbreak did occur in Rinkeby: a gang of 30 thugs hurled rocks, glass and bottles at police in a “no-go” migrant-heavy suburb of Stockholm, sending at least three police to the hospital.

Objective evidence, as shared at the outset of this column, from Sweden’s own government and crime reporting agency shows that violence has risen in tandem with swelling immigration.

You and I don’t want to wait for our culture to die and our immigration policy to get so out-of-hand that Congress relegates the conjugal act into the same category as other mindless errands we handle over the lunch hour: grocery shopping; oil changes; and dentist appointments. President Trump is right on Sweden. Spread the word.