Removing the Public from Public Discourse 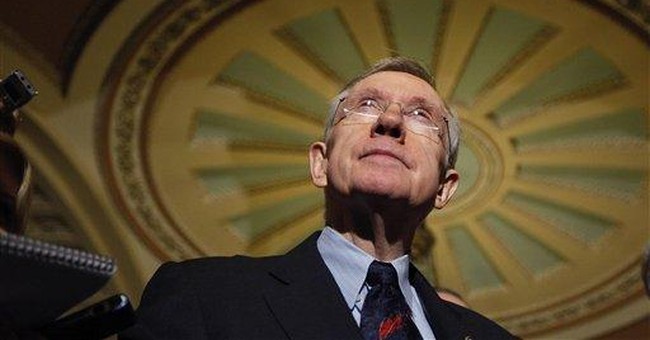 It seems that when you want a bill passed in Washington, the thing to do is go behind closed doors to shut out the American people’s voices. That’s the situation with the health care bill at the moment, as some Congressional leaders meet in private to craft a final version. I can’t ever remember C-SPAN pleading with Members of Congress to allow them access; almost always, it is the other way around.

The same secrecy scheme may happen with another bill that the American people have consistently been critical of – the Employee ‘Forced’ Choice Act or EFCA. Hailed by Big Labor as a so-called “solution” to declining membership, the bill would force workers to give up key rights in their workplaces all in the name of bailing out labor bosses.

Workers currently have the right to vote via secret ballot during union-organizing elections, but that right would be removed under EFCA. Workers also currently have the right to have a say in their workplace rules, salaries and benefits, but that right would end if the workplace were to be forcibly unionized. Instead, a government bureaucrat with no knowledge of an industry could determine a worker’s contract and it would be binding for at least two years without their consent.

This is a dangerous piece of legislation for workers and small businesses in particular, and would cause many employers to close their doors or move overseas. In fact, economic data indicates that over 600,000 jobs would be lost in the first year alone if EFCA was passed. Our country cannot afford the job loss that would result because of the unnecessary, new burdens that small businesses would have to bear under the Employee ‘Forced’ Choice Act.

And as the health care debate moves toward the final stages, Big Labor is beginning to position itself to work with allies on Capitol Hill to jam through this forced unionization bill avoiding debate or public scrutiny. Given the current secretive process going on with health care, it’s likely that union bosses and their allies in Congress will employ similar backdoor schemes in an effort to reward their financial and political benefactors.

News reports indicate that Senate Majority Leader Harry Reid (D-NV) is mapping out a process by which the Senate can get EFCA passed as quickly as possible so that opponents won’t have time to voice opposition. There is even talk of including it in the next “jobs bill.”

If EFCA is a bill that strengthens our economy and improves the lives of the American people, why would Members of Congress need to sneak around and prohibit citizens from engaging in the debate?

Big Labor’s top priority is getting EFCA passed this year, which is why they want Congress to jam it through as quickly and quietly as possible. After all, Big Labor understands the argument in favor of the job-killing Employee ‘Forced’ Choice Act defies logic and is simply, unsustainable.

According to SEIU chief Andy Stern, EFCA would bring in at least 1.5 million new dues-paying members. This would result in $35 billion in new union dues in the first 10 years of EFCA’s passage. It’s clear that Big Labor bosses have much to gain by its passage and may see 2010 as their last, best chance as pro-EFCA Senators continue to face uphill battles for re-election or opt out of running altogether.

We stand with small businesses and the vast majority of Americans who oppose the Employee ‘Forced’ Choice Act and oppose the backroom deals which foist this kind of dangerous legislation on the American people. We call on Congressional leaders to invite the public back into what should be a public debate.