Lighting Up the 'Midnight' of Our Current Society

Kathryn Lopez
|
Posted: Jan 23, 2021 12:01 AM
Share   Tweet
The opinions expressed by columnists are their own and do not necessarily represent the views of Townhall.com. 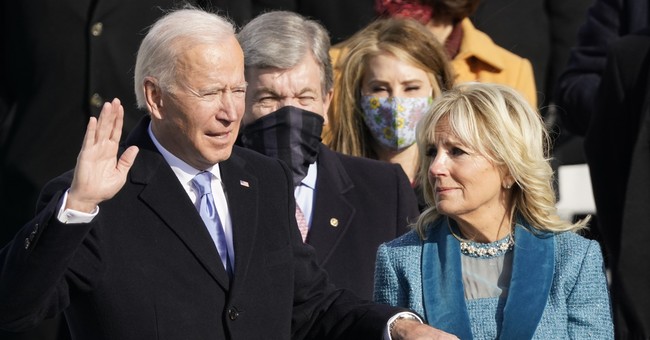 "It is midnight within the social order." Martin Luther King Jr. said this in a 1967 sermon called "A Knock at Midnight."

He based it on a passage from the 11th chapter of the Gospel of Luke, where Jesus asks: "Which of you who has a friend will go to him at midnight and say to him, 'Friend, lend me three loaves; for a friend of mine has arrived on a journey, and I have nothing to set before him'?"

There's something about our interconnectedness in that passage that seems especially important during a time of isolation.

King said: "Although this parable is concerned with the power of persistent prayer, it may also serve as a basis for our thought concerning many contemporary problems and the role of the church in grappling with them. It is midnight in the parable; it is also midnight in our world, and the darkness is so deep that we can hardly see which way to turn. ...

"When confronted by midnight in the social order we have in the past turned to science for help. And little wonder!" he said, mentioning plagues and the obvious benefits of medicine. "But alas! Science cannot now rescue us," he continued, "for even the scientist is lost in the terrible midnight of our age."

King continued: "It is also midnight within the moral order. At midnight colors lose their distinctiveness and become a sullen shade of grey. Moral principles have lost their distinctiveness. For modern man, absolute right and wrong are a matter of what the majority is doing. Right and wrong are relative to likes and dislikes and the customs of a particular community."

In the parable, he who knocks is seeking faith, hope and love. But so is he or she who doesn't knock. I often pray that the obstacles -- scandal and hypocrisy chief among them -- that keep people from knocking on the doors of religious institutions can be removed by God's grace and our love for one another.

Joe Biden hit some crucial notes during his inauguration. He talked about humility and tolerance. He reached out to people who didn't support him with respect. His initial executive orders were disappointing to some of us, but they really weren't surprises.

Archbishop Jose Gomez, the president of the United States Conference of Catholic Bishops and archbishop of Los Angeles, issued a statement about the Biden inauguration. It was congratulatory, praising him for his public acknowledgment of his reliance on his faith. It also stated the fact that Biden's policies on some essential issues are in conflict with church teachings.

But life, liberty and the pursuit of happiness have been our national undertaking from the beginning. That means protecting religious liberty -- including for those of us, like the Catholic bishops, whose fundamental views about the human person, the nature of marriage and even the ethics of medicine are opposed by the Democratic party. Pluralism means living together and working together for the common good, despite our differences.

In his statement to Biden, Gomez expressed his eagerness to do this: "My hope is that we can begin a dialogue to address the complicated cultural and economic factors that are driving abortion and discouraging families. ... If the president, with full respect for the church's religious freedom, were to engage in this conversation, it would go a long way toward restoring the civil balance and healing our country's needs."

Gomez's request was in line with these words of King's on church and state: "The church must be reminded that it is not the master or the servant of the state, but rather the conscience of the state. It must be the guide and the critic of the state, and never its tool."

We need more of this -- respecting one another, talking about our differences and trying to move ahead together -- not less. It's the only way to have a healthy country again.