Clinton on the Verge of a Nervous Breakdown 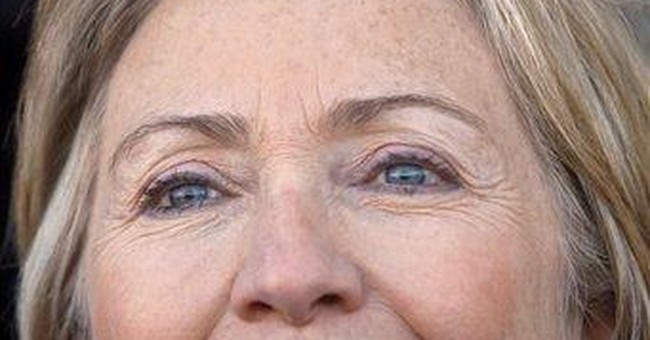 Hillary Clinton snapped. It was unfortunate, because she is our secretary of state, and she blew a fuse while abroad; but it's only human to unload now and again, and it was all a misunderstanding, in any case. What I find dispiriting is how the media's treatment of situations like this has a decided partisan bias.

Unless you were on vacation and avoiding all media, you probably know the story. During her seven-nation tour of Africa, the former first lady lashed out at a student in Kinshasa, Congo, who apparently asked her a question about her husband's views on China and the Congo. (According to reports, the student claimed it was a mistranslation and he was asking about President Obama's views.)

As it happens, the student's query wouldn't have been the most inappropriate thing to ask. Clinton's husband, we must recall, is a former president of the United States. And his own mission to North Korea to secure the release of two imprisoned journalists had just eclipsed his wife's trip to Africa.

In reporting the incident, NBC's Andrea Mitchell explained on the Today show: "A lot of jet lag, clearly. By then she was at the half point in a 12-day trip, seven countries, very difficult travel. She had done 22 speeches and five interviews and she was exhausted -- and clearly, some would say, having a bad hair day. So not an easy day for Hillary Clinton." Later in the morning, she repeated the bad-hair day observation and excuse.

One liberal columnist, in defending Clinton, took the occasion for an additional defense of President Obama and his assessment of the arrest of Harvard professor Henry Louis Gates Jr. In a line that became increasingly familiar in media circles, both the secretary of state and the president were coyly condemned for their authenticity, as if they were being "too real" for the sensitive, ethereal world of politics.

The alternative explanation is that both Clinton and Obama behaved unprofessionally and got called on it. Both succumbed to a very human error -- falling victim to pride -- but they did so in a very public manner. Democrats are not alone in flubbing it in such unfortunate ways. But it's not typical for NBC reporters to defend a Republican the way they'll defend Hillary Clinton or the president, even weeks later.

Things were not the same for another live-wire female politician. On NBC's sister network, during the presidential campaign, Newsweek's Howard Fineman declared: "Sarah Palin makes Barack Obama look like John Adams. I mean, it's just, it's no contest." Also during the campaign, NBC's Chris Matthews declared: "The fact of the matter is, the comparison between (Sarah Palin) and Hillary Clinton is the comparison between an igloo and the Empire State Building!" And just this month Matthews led a conversation on whether or not it was racist for Palin to raise concerns about health-care reform and end-of-life issues.

But that's nowhere near the most biased media coverage of the former governor of Alaska: An otherwise well-respected magazine has allowed a prominent writer on its Web site to regularly question whether her youngest child is actually hers. So Palin obviously knows by now what the uneven playing field looks like in politics. I've even seen MSNBC commentary on Palin's daughter's rhetoric. So Hillary Clinton gets a pass but Bristol Palin doesn't?

Outbursts have consequences. There will be tabloid coverage, and there should be criticism. But then we all move on and maybe spare a prayer for people who serve. It's hard to exist in the spotlight.

NYT Columnist's Op-Ed About Liz Cheney Shows How the Left Really Feels About Her...And It's Not Shocking
Matt Vespa
Guys, If Only Someone Made Ma'Khia Byrant a Sandwich, She Might Be Alive Right Now
Matt Vespa
Biden's Top DOJ Nominee Tries to Clean Up Her Support of the Jussie Smollett Hoax
Katie Pavlich
'No More Masks!': School Board Adjourns Early After Meeting Becomes Heated Over COVID Restrictions
Julio Rosas