The Media's Double Standard on Resumes 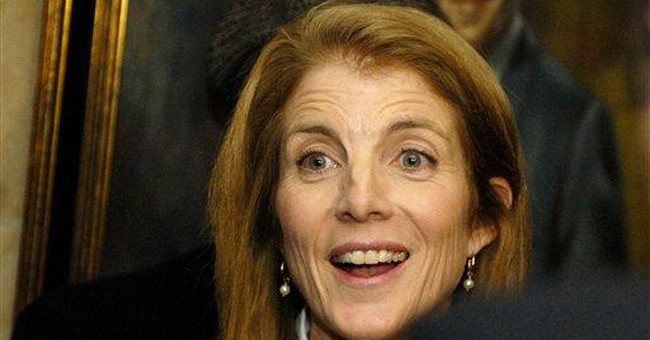 WASHINGTON -- It is a legitimate question: Why is the resume-thin Caroline Kennedy being treated seriously as a prospective appointee to the U.S. Senate when the comparatively more-qualified Gov. Sarah Palin received such a harsh review?

It is legitimate, at least, to those inclined to see apples and oranges as essentially the same.

Some of the differences between the two women benefit the pro-Palin argument, but the underlying premise of the debate is flawed. Though they both are women, the important distinction is the power differential of the respective offices being sought.

There can be little debate that Palin, as a governor and former mayor, has the superior political resume. More to the point, she was duly elected to both of those positions and has enjoyed an 80 percent approval rating as governor.

Her biography is familiar to all sentient beings, so there's no need to belabor it here. Suffice to say, she worked hard to get from Wasilla High to the governor's mansion.

Not so Kennedy, who, upon her marriage to Edwin Schlossberg, never changed her name. The girl-child of Camelot, Kennedy was to the political manner born and heiress to a famous brand. And though she undoubtedly has worked hard to become a lawyer, education-reform fundraiser, author and mother (none small feats), she hasn't had to press the flesh and fashion a national identity only from her own raw materials.

Suddenly, after a lifetime shunning publicity -- one of her charms -- Kennedy is a likely U.S. senator solely on the basis of having decided that she'd like that quite a lot.

The question for detractors isn't so much whether she's qualified, smart enough or even experienced enough. Respectively, "no," "yes," and "it may not matter" are reasonable responses. Among her qualifications is an ability to raise money and broker deals on the weight of her name. That such power is endowed by birthright doesn't diminish its political value.

The real rub is that she hasn't earned it. The sense of entitlement implicit in Kennedy's plea for appointment mocks our national narrative. We honor rags-to-riches, but riches-to-riches animates our revolutionary spirit.

Palin paid her own passage unfreighted by privilege. But I and others opposed her spot on the Republican ticket for good reasons, some of which resemble concerns now aimed at Kennedy.

To wit: It isn't enough to want the prize. One must be up to the job, in a league with one's fellow actors.

In Kennedy's case, those actors would be senators, not heads of other, potentially belligerent, nations. If appointed, she would be a single vote among 100 and otherwise a placeholder until 2010, when she would have to run for election as any other.

Palin, who one could argue was similarly anointed -- cynically selected without proper vetting -- was headed for much bigger business. As vice president, she would have been a heartbeat away from The Button, though she would not have been "in charge of the U.S. Senate," as she told a child who asked what the vice president does.

Critics on the other side of the political aisle may have had other reasons to oppose Palin (such as her pro-life position), but the loyal opposition was firmly based on substantive concerns about competence, as well as wariness about her tone and temperament, which became increasingly divisive.

Palin's demonstrated lack of basic knowledge, her intellectual incuriosity, her inability to articulate ideas or even simple thoughts all combined to create an impression of not-quite-there.

Few doubt that Palin is here to stay. She is the GOP's chosen closer, as demonstrated in Georgia when she roused the crowds to help re-elect Sen. Saxby Chambliss. What she possesses by immeasurable orders of magnitude -- personal power, presence, pizazz -- one can't purchase. The rest -- theoretically -- she can learn.

Kennedy, a relatively erudite person who has authored several books, may have the political clout to get herself a Senate seat, but it isn't clear that she has the people power needed to sustain her. The electorate eventually will sort out the differences that matter.

In the meantime, a Sen. Caroline Kennedy would not be a nuclear-enabled leader of the free world, whereas a Vice President Sarah Palin might have been.

As such, they are as apples to ... zebras. Their treatment has been commensurate with that difference.