Questioning the Hairiness of Feminism 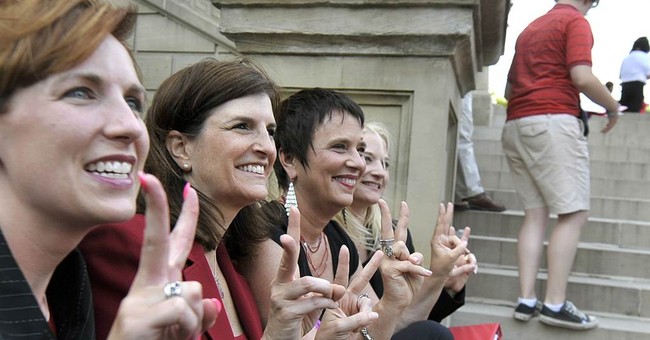 Parents sending their children off to college this month may be surprised at some of the ways students can earn extra credit these days.

At Arizona State University, coeds can boost their grades for one professor by refusing to shave their legs and underarms for ten weeks, and keeping notes to document their journey into hairiness. Their male classmates can earn the same extra credit by picking up their razors and shaving their entire bodies from the neck down.

A college woman who wants to make a difference in feminism would be better off getting back in the classroom and addressing some of the serious criticisms of feminism today, rather than participating in activist stunts.

One wonders how Associate Professor Breanne Fahs, who teaches women’s studies at ASU and presides over this novel project, plans to grade her students. In her academic studies, Fahs focuses on three themes: women’s subjective accounts of their bodies and sexuality, radical feminism, and social movements and political socialization. A Ph.D. in Women’s Studies and Clinical Psychology, Fahs is the author of Performing Sex: The Making and Unmaking of Women’s Erotic Lives. The book examines the “unintended consequences of the women’s liberation movement for women’s sexuality—for example, faking orgasm, female Viagra, minimization of sexual violence, and women performing as bisexual.”

With the unemployment rate for young people still in double digits and many millenials spending their post-college years living in mom’s basement, it is worth questioning whether the 900 women’s studies departments across the U.S. are preparing our “best and brightest” for the challenges they will face in the workforce.

The good news, however, is that such exotic courses of studies directed by Fahs and other self-described feminists seem to be backfiring. According to a HuffPost/YouGov poll from last year, only 20 percent of Americans, including 23 percent of women, self-identify as feminists.

For many young women, their experience with feminism begins on campus, with students wearing vagina costumes to advertise The Vagina Monologues, a variety of activities involving condoms for Sex Week (just Google that for a list of programs), or other projects similar to ASU’s no-shaving lessons. It’s not surprising that so many women feel detached from feminism.

Woman Against Feminism, which was started about a year ago as a Tumblr, is bringing attention to some of the problems with feminism through a forum in which people can post pictures stating why they don’t need feminism. While participants air a number of complaints, some more accurate, some more personal, and some with better grammar than others, common themes emerge that are worth considering—and are certainly worth as much or more attention than that spent on shaving. Take these posts:

“I don’t need feminism because my son should not be made to feel less of a person simply because of his gender.”

“I don’t need modern feminism because I…don’t need others to fight my battles for me…believe in earning things for myself…believe in proving I am worthy of what I want, and not expecting them to be handed to me because I feel entitled.”

“I don’t need feminism because they reject femininity but try to feminize men, and demand equality but ask for special treatment.”

“I don’t need feminism because: I don’t need to grow out my body hair to prove I am equal to men.”

Obviously, these women self-select to participate in this effort and have their own reasons for taking issue with feminism. A college woman who wants to make a difference in feminism would be wise to get back in the classroom and think about how to address some of the issues raised by these posts and other criticisms of feminism today, such as the way participants perceive feminism as treating men. Students passionate about feminism would likely do more to help the cause of feminism by addressing some of these issues, rather than participating in feminism activism on campus.

Ladies, shave your legs and address these issues.