A NeW Direction for Female Happiness 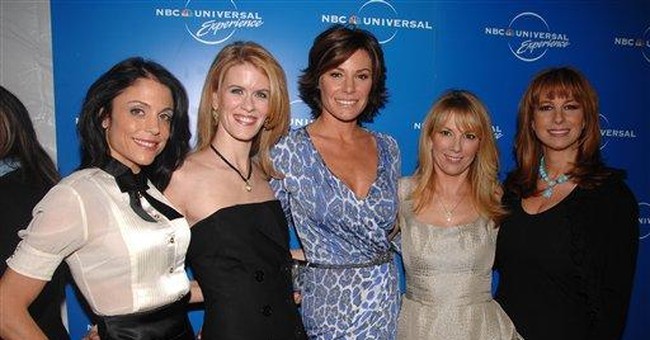 According to the United States General Social Survey, women’s overall level of happiness has dropped since 1972.  Two professors at The Wharton School at the University of Pennsylvania released a paper exploring female happiness, “The Paradox of Declining Female Happiness,” this spring which garnered national press attention.   One of the major findings in this study is that women’s happiness has declined both compared to 35 years ago and compared to men’s happiness.

This study has prompted me to ask once again—Is feminism good for women?  Does feminism make women happier?  What does feminism hold for me?

NeW was started to fill a niche on one campus.  It turns out there was a need for NeW elsewhere.   Within a few months of starting NeW at UVA, women from other campuses contacted me to see if they could start chapters of NeW on their campuses.  That began our national expansion.  NeW grew steadily—one chapter at a time as more and more women heard about NeW.  NeW continues to grow this way.

Today, we are celebrating NeW’s fifth anniversary.  In these last five years, NeW has grown to over 15 campuses, held four national conferences in D.C., launched the NeW Blog and been covered by national press such as TIME, The AP and The Washington Post.

NeW’s rapid growth demonstrates on the grassroots level what this study found in surveys: Women are still trying to figure out how to manage our lives.  Feminism does not hold all the answers.  We want to talk about it.

NeW members regularly discuss the opportunities and challenges facing women today as well as feminism.  One of the most popular books that the NeW book clubs read is What Our Mothers Didn’t Tell Us: Why Happiness Eludes the Modern Woman by Danielle Crittenden.   Crittenden exposes how feminism has hurt women today, such as by selling the idea that the key to female happiness is independence.  Who Stole Feminism? by Christina Hoff Sommers and The Politically Incorrect Guide to Women, Sex, and Feminism by Carrie Lukas are two other popular books for NeW chapters.  These books resonate with young women, much more so than a radical feminist agenda.

Many NeW chapters even hold campus-wide events to broaden the discussion.  Among others, NeW chapters have hosted speakers, held careers panels and sponsored debates.  Take Blayne Bennett, the President of the NeW chapter at Arizona State University, for example.   She was frustrated by the negative attitude toward men that campus feminists promoted through The Vagina Monologues.  In response, she organized a Gentlemen’s Showcase to encourage her peers to talk about chivalry, gentlemen and relations between the sexes.   At the Gentlemen’s Showcase, the ladies of NeW honored the top ten most-nominated gentlemen at ASU to show their appreciation for those men who treated women with dignity and respect.  This event sparked quite a discussion.

Five years ago, I did not anticipate NeW becoming a national movement.  NeW’s success is a product of college women rebelling against the feminist message that dominates campus and trying proactively to find ways to increase their level of happiness.  Young women are seeking a new message—one that embraces femininity, acknowledges that there are sex differences and values the role of women as mothers and in the workplace.  NeW provides a place for women to explore this message and seeks to turn women in a NeW direction—one that will lead to an increase in women’s happiness.