Justin Haskins
|
Posted: Feb 27, 2016 12:01 AM
Share   Tweet
The opinions expressed by columnists are their own and do not necessarily represent the views of Townhall.com. 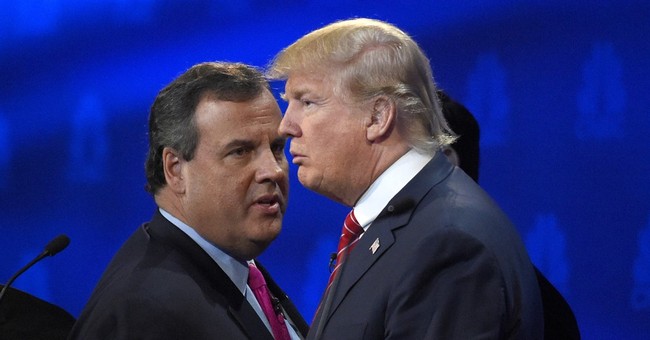 Real estate mogul Donald Trump has climbed his way to the top of the Republican Party and is now only weeks away from wrapping up what could be a truly historic campaign season. If Trump wins the GOP nomination, it will be the first time in over 100 years a major U.S. party’s presidential nominee could call himself or herself a true political outsider with no political experience, a claim Trump has consistently used to convince voters he’s not going to be the same-old politician Republicans are all-too-familiar (and dissatisfied) with.

But if Trump is really the outsider he keeps saying he is, why has he surrounded himself with experienced Republican Party insiders that have supported some of the very same “establishment” Republicans Trump is always railing about?

Take Michael Glassner, for instance. He’s Trump’s chief political advisor and one of the three individuals The Washington Post reports is nearly always by his side. Glassner is a former advisor to the 2008 McCain-Palin campaign and served Sen. Bob Dole (R-Kan.) for more than 15 years in numerous roles, including as his senior political advisor.

Trump’s campaign manager, Corey Lewandowski is a long-time political operative who has worked for several different well-known Republicans, including former U.S. Sen. Bob Smith (R-NH) and former Ohio Rep. Bob Ney (R). According to a report by NPR, Lewandowski “vouched for Ney’s character” when the congressman faced corruption charges related to the notorious Jack Abramoff lobbying scandal. Ney was convicted of corruption and served more than two years in jail.

Then there’s Timothy Jost, the Trump campaign’s treasurer. Jost is the vice president and “team leader” of Red Curve Solutions, a “comprehensive treasury, budgeting, and FEC compliance” services company. Red Curve Solutions’ leadership, including Jost, has had a long relationship with former Republican presidential candidate and Massachusetts Gov. Mitt Romney. Jost started working for Romney in 2003, serving as the deputy finance directory for Romney for Governor. Jost also served as Romney’s assistant treasurer during his run for president and has worked for various other congressional and gubernatorial campaigns.

Red Curve Solutions’ president, senior vice president, and another vice president (not Jost) all served for Romney at one time or another as well, which is now looking quite ironic considering the massive feud occurring on social media between Romney and Trump over Trump’s tax returns.

In addition to Trump’s connection to well-established Republican staffers, Trump has an extensive and well-documented history of financially supporting both Democrat and Republican politicians. Since the mid-1990s, Trump has donated thousands upon thousands of dollars to establishment politicians, including Hillary Clinton, former Rep. Mark Foley (R-FL), former Sen. Joe Lieberman (I-CT), former Democratic Sen. Chris Dodd from Connecticut (of the hated Dodd–Frank Wall Street Reform and Consumer Protection Act), Democratic Sen. Chuck Schumer from New York (one of leaders behind the “Gang of Eight” amnesty bill), Sen. Harry Reid (D-NV), and former Sen. Arlen Specter (R-PA). Trump even donated money to Sens. Lindsey Graham (R-SC) in 2014 and Mitch McConnell (R-KY) in 2013, both of whom Trump has been highly critical of in recent months.

When Trump won the Nevada Caucuses, political pundits across the nation pointed out Trump’s incredible success with virtually every demographic, including demographics that don’t normally support the same candidate in a Republican primary. For example, Trump won 44 percent of self-identified conservatives in CNN’s exit polling, more than any other single candidate, as well as 55 percent of those who identify as “moderate or liberal.” Trump won evangelical Christians and those who don’t identify as evangelical Christians.

He was able to accomplish this incredible feat because the one thing the vast majority of his supporters agreed on was that they are angry at the “establishment.” An incredible 70 percent of voters who said they think the GOP nominee should come from “outside the establishment” voted for Trump. But as the evidence clearly shows, Trump has consistently supported establishment candidates, has given thousands of dollars to entrenched politicians, and has surrounded himself with long-time Republican establishment operatives.

If Donald Trump is “anti-establishment,” then what the heck does “establishment” look like?