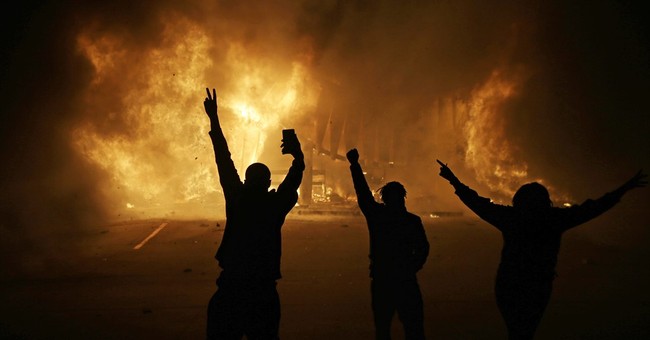 I don’t have a lot in common with Black Lives Matter activist and Daily Kos blogger Shaun King. We stand at opposite ends of the political spectrum on a lot of issues and run in completely different political circles.

But, despite our differences, we agree on at least one thing: The treatment King has received from the conservative media over the past few days has been unfair and is the result of poor journalism.

The so-called “scandal” that has erupted around King focuses on two claims many conservative media organizations are now calling into question. The first is that King has repeatedly claimed that he was once the victim of a racially motivated gang attack while he attended Woodford County High School as a teenager in Versailles, Kentucky. The second is that many are now claiming, based on a report by Breitbart, King has been lying about his race. According to some reports by conservative journalists, King is actually not black or biracial, as he has often claimed, but is instead white and has lied about his race to further his ideological goals.

King is a well-known activist connected to the protests in Ferguson, Missouri and has appeared in many publications and on numerous national television news networks, including CNN.

The disputes began back in July, when The Daily Caller published a story citing sources that disputed King’s claim about being attacked by a mob in high school.

King has said on multiple occasions that the beating he suffered was brutal, at one point referring to himself as “a bloody mess on the floor.” He insisted the attack, which he says was orchestrated by a “self-proclaimed” group of “rednecks,” forced him into the hospital. King says his “body never fully mended,” as reported by The Blaze.

The story really started to heat up on Monday, when The Blaze featured an article citing eyewitness accounts and a police report that seem to show that King’s story about the racially charged attack may have been greatly exaggerated. The report clearly acknowledges an attack took place, but the witnesses cited said it was a “one on one” fight between two boys and that King’s injuries were relatively minor.

The Blaze investigation further claimed to reveal that the detective assigned to the case, Keith Broughton, says that his memory of the event does not match King’s. Broughton says King’s injuries were “minor” and that although he remembers visiting King in the hospital, he doesn’t remember King being “beaten to a pulp.”

On the surface, it seems as though The Blaze has presented an interesting story. There are, however, several serious problems with its claims that, in my opinion, amount to poor journalism.

First, there are witnesses who have come forward after The Blaze published its story to refute the claims made in the police report. One source, a former student at Woodford County High School named Shea Gold, wrote on Facebook that he remembers seeing the attack first-hand and that it matched King’s description.

Gold wrote, “I have been asked to post my memory of that day, which I am happy to do. ... I was a senior in high school and had just walked out of the band room when I saw Shaun walking towards me in the hall. ... Shaun was quite literally ambushed by a large group of large people.

“He never saw what hit him,” wrote Gold. “He never had a chance. ... They were big white farm boys ... Immediately a crowd formed while they stomped the life right out of Shaun, who couldn’t have weighed much more than 100 pounds, if at all. ...

“As soon as the chaos attracted the attention of two teachers, it was over and the attackers deftly dispersed. There was blood all over the floor.”

Although The Blaze can’t be blamed for not knowing about Gold, they should update the story with the new eyewitness accounts claiming King was actually right.

The second problem is that it relies heavily on a police detective’s memories about the details to an event that occurred 20 years ago.

Third, although the police report does provide information that conflicts with King’s story, King’s eyewitnesses corroborate much of his story. The police report should definitely be taken as serious evidence, but can a small-town police report written 20 years ago about a high school brawl really serve as damning evidence, even when others who claimed to have been at the school say the report is wrong?

The second suggestion that King isn’t really African-American is supported by even less evidence. The primary report, originally published by Breitbart on Wednesday and picked up by a variety of news outlets, relies on the very same police report used by The Blaze, which lists King as “white” on the form, as well as evidence presented by a blogger named Vicki Pate that allegedly proves King’s father is white. King has always acknowledged his mother is white.

The first piece of evidence is easily dismissed. It wouldn’t be difficult for the detective filling out the report to check off the “white” box under the “race” category without giving it much thought. King clearly has lighter skin compared to many other African-Americans, which makes sense considering his mother is white. Just because a detective marked “white” on a form 20 years ago doesn’t prove King is lying.

Blogger Pate, who has no real credentials to speak of as far as I can tell, bases almost all of her claims on “Facebook stalking” King and his family. She suggests that because many of King’s brothers and family members appear white, he must be too.

But as King has explained, “My family is blended and we all have different dads and moms. Everybody was divorced and remarried many times ...”

Pate and Breitbart have also pointed to tenuous evidence that King’s father may be white, but this is based on a lot of assertions and ultimately on a mug shot of the elder King, who appears to have light-colored skin but could also be biracial.

I’m not saying I’m absolutely certain King is telling the truth. I wasn’t at his high school 20 years ago, and I don’t know him or his father personally. But considering his friends and family acknowledge he’s black, and when eyewitnesses suggest the police report is wrong, I think there isn’t anywhere near enough evidence to overcome those claims.

Conservatives rightfully complain about the unfair treatment they receive from the media (and we do), but “two wrongs don’t make a right,” as they say. Whatever you think of King and his politics, we should treat him fairly and with integrity.

I have written for Breitbart and The Blaze, where I am a branded contributor, many times, and I strongly support both organizations, but in this case, I think they both made some mistakes and should remedy the situation.