How Conservatives Can Fundamentally Transform America 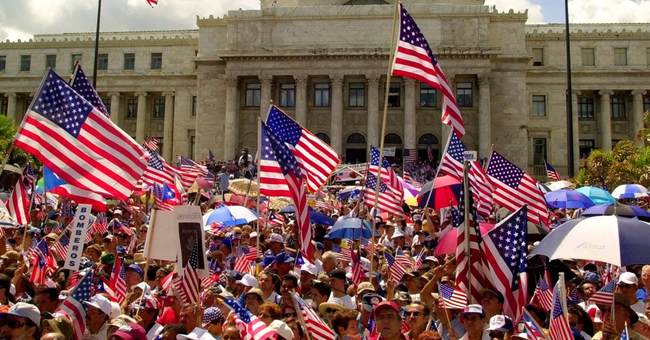 It’s been a long six years under President Barack Obama’s administration. From billion-dollar bailouts and skyrocketing food stamps rolls to Obama’s “war on coal,” it’s been one setback after another for those who support the pursuit of liberty.

While many conservatives have spent the better part of the past six years blaming Obama, the out-of-control Supreme Court, or the mainstream media’s clear bias in favor of those who support liberal positions, the true underlying cause behind the reduction of freedom is the U.S. education system.

For the past six decades, liberals have continuously increased their control of America’s public schools and collegiate system. Students are indoctrinated with leftist philosophy from the moment they first walk into a school building until they graduate from college with $100,000 of student loan debt.

The U.S. public education system is the perfect microcosm of what liberals want the world to look like. Kids are told to walk in a straight line everywhere they go, everyone is told they deserve a trophy no matter how talented they actually are, and “silence is golden” posters litter the hallways of virtually every single public school in the nation. Many school districts even make 17-year-old students ask permission to use the restroom and ban salt for students’ lunches because it’s considered to be too unhealthy.

America’s first universal school choice program, a plan that will allow every parent in the state to have access to a restricted-use education spending account that will help parents pay for a variety of different education options. Parents will receive 90 percent of the funds that would have been allotted on their children under the traditional model, a figure that amounts to between $5,100 and $5,700 annually. Parents who have children with special needs will receive the full 100 percent.

For the first time, all parents are being empowered to use tax dollars in a way that will be most beneficial for their own children. The positives of such a program are seemingly endless, and much has already been written about how this model could revolutionize the U.S. education system and improve the lives of millions of kids. What I think has not been properly considered though is what this means for the pro-liberty movement in general and how conservatives can and should take advantage of this model.

For more than a generation now, pro-liberty parents have been shelling out thousands of tax dollars to fill the coffers of teachers unions, who predominantly support Democrats, and to bankroll an education system that largely rejects the belief people ought to have as much freedom as possible. Conservative parents have watched their kids transform into cute little wealth redistributionists without any way of stopping it.

With educational freedom, however, that can all change. Parents, at least in Nevada, can now remove their children from schools where their kids are being taught values they reject and moved into schools that share similar values, or at least aren’t actively rooting for socialism!

But moving children away from schools that preach liberalism as if it is a religion is just the tip of the iceberg. Imagine a network of schools across the nation committed to promoting liberty and emphasizing the importance of the free market, the Constitution as it was originally written, American history, civics, true equality and civil rights, and charity.

Some religious schools in America do already promote these values, but not everyone is a Christian, and many Christians don’t want to send their kids to a nearby Christian school that teaches certain religious beliefs that conflict with what the family’s church is teaching on Sunday.

Yes, building hundreds—and eventually thousands—of liberty-focused schools would be expensive, but if conservatives stopped investing $300 million in disastrous and ineffective organizations such as Karl Rove’s American Crossroads, there’d be plenty of funding for building schools. Especially wealthy conservatives (I’m talking to you Koch brothers) committed to liberty could even create financial institutions that could help get pro-liberty schools up and running.

Even if wealthy conservatives never get on-board, imagine how much money could be raised in a nationally televised telethon-type event hosted by prominent pro-liberty personalities such as Glenn Beck, Mark Levin, Michelle Malkin, and Sean Hannity.

The possibilities here truly are endless. Nevada is just the beginning.