Congress Should Focus on Problems at Home, Not in Syria 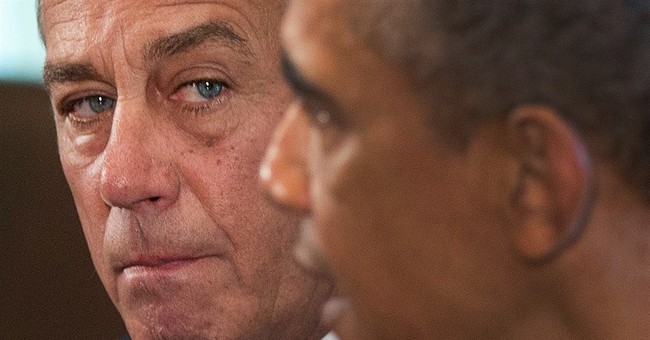 The economic problems that this country faces are escalating. The official national debt is quickly approaching $17 trillion. It is roughly seven times that amount with the unfunded liabilities of Social Security, Medicare, and Medicaid factored in. Millions of Americans still can’t find jobs to feed their families. The value of the U.S. dollar is rapidly declining with the Federal Reserve printing out money like no tomorrow. Rather than focusing on fixing these urgent issues at home, President Obama is preparing to wage an unnecessary and likely costly war against Syria that the American people largely do not want.

The simple reality is that the United States cannot afford to be the policemen of the world. National defense is a constitutional function of the federal government. But intervening militarily in the internal civil wars in foreign countries is not. We especially cannot afford a war against a nation that has not attacked the United States. Big government foreign policy racks up quite the bill on the taxpayer’s tab.

There is no doubt that the current situation in Syria is tragic. It is impossible to look at the disturbing images of the Syrian Civil War without feeling empathy for the people. But it’s important to remember that the conflict is super messy and complicated.

Real life rarely resembles a good guys vs. bad guys Disney movie. President Assad is a brutal dictator that is responsible for horrific deeds. But the Syrian rebels, that want to oust Assad, are not exactly angels that have the United States best interests in mind.

President Obama has failed to answer questions about how a rebel-controlled Syria would be preferable for the Syrian people and the United States. Obama’s plan lacks an end game—and a clear definition of “victory.”

Just imagine what peace presidential candidate Obama would say about needless war in Syria. He was elected to end the wars in the Middle East, not create new ones. But it appears that President Obama is taking a page right out of the George W. Bush Iraq War playbook. The Iraq War is a lesson that Presidential Administrations greatly underestimate the cost and length of wars when selling them to the people.

On July 19, 2013, General Martin Dempsey wrote an assessment of five potential U.S. military options in Syria and their associated costs, ranging from $500 million per year to over $1 billion per month. President Obama prefers the more expensive option of air strikes against Syria. And who knows how entangled the U.S. government would get in this overseas civil war with Russian and Iran on the opposing side. Remember President Lyndon B. Johnson broke his 1964 campaign promise not to send ground troops to Vietnam.

The American people are sick and tired of endless wars that are bankrupting this nation. According to a National Review article, the phones are ringing off the hook and virtually no one is calling in to support intervention in Syria. Most congressional aides say they have received hundreds of phone calls in opposition to the war, only a few calls in favor. Representatives can ignore the wishes of their constituents at their own peril.

It is time to focus on our biggest security threat: the exploding U.S. national debt. The government should not start a new potentially limitless foreign war at the expense of American prosperity at home. Putting another unjustified war on America’s credit card is downright irresponsible.