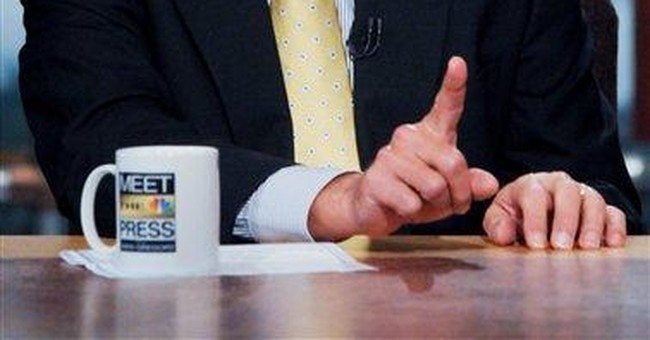 To paraphrase Thomas Paine, “these are the times that try conservatives’ souls.” Paine thus began The American Crisis, now enactment of the health care bill appears to herald a Conservative Crisis. After almost a year, victory had seemed finally within their grasp. Instead, it just eluded them. However this is just a short-term view. Hard as it now may be, conservatives must see beyond the horizon, if they are to seize the long-term initiative that still favors them.

Conservatives had ample reason to believe something as unpopular as the health care bill would surely fail. To their core, they felt something so wrong ultimately would be rejected. Now they face repercussions to America’s health care system, economy, and deficit. Reality has replaced hope; the extent of their loss looms large. Conservatives therefore lost more than just a bitter ideological struggle, they lost a lot more of the economy to the government.

Sure, opposition to the health care plan remains strong nationally. And that opposition already is yielding political opportunities. However, rolling back the health care bill will be hard. Conservatives would need Congressional majorities to even pass such legislation and then a president to sign it. And parts of it will prove popular, repeal of which will prove challenging, even when the political means exist.

It is easy then for conservatives to see an inexorable expansion of government. A vision whereby it moves at times incrementally – at others exponentially – but always irresistibly forward. How can the private sector stand against it?

Amidst this gloom though, there is more than a glimmer for conservative hope. To see it though, they need to look beyond the short-term and even beyond America’s own boarders.

The Left’s ascendancy is far from pre-ordained. Instead, as history shows, just the opposite has prevailed.

Many countries far more committed to the Left have retrenched rightward. In these countries, the state had seized the “commanding heights” of the economy. In their 1998 book of that name, Daniel Yergin and Joseph Stanislaw remind us of the worldwide abandonment of socialist and communist ideologies at last century’s end. These happened precipitously. States did so not because they wanted to; they did so because they had to.

The host of nations that veered from the Left quite simply impoverished their people. It is the Left’s inherent and insoluble contradiction that its states demand people to produce ever more of the wealth that it seeks to redistribute ever more of. Eventually, unable to produce wealth at all – or borrow or confiscate from those who do – their state-run enterprises collapsed. Their states ceased to work, because state-run enterprises in state-run economies ceased to work – and both did because people ceased to work for the state.

In just the current generation, this scenario has played itself out again and again. Globally, the Left has gone from appearing a threat to capitalism to now remaining in only a handful of countries. In the largest, China, capitalism is now a threat to it.

If such retrenchment can happen in places far more hospitable to the Left than America will ever be, it will happen here. The only question: How far down the path must America travel before it does? How much wealth must America squander and forego? How much future must we waste? How much human potential must be dissipated?

Perhaps America has not reached the tipping point yet, but it has taken an enormous stride toward doing so. It is the hubris of America’s liberalsto imagine they can “square the circle” that the Left in no other society, at no other time, and in no other circumstances, has succeeded in doing.

To even the stubbornest ideologues, failure can be – and repeatedly has been – a most persuasive teacher. The Right inevitably will win, not just because it is right, but because the Left, if left to its own lack of restraint, will wreck itself and those under it. Nations operating on the principles and practice of state primacy over the people and the private sector cannot succeed.

Conservatives therefore should be preparing for victory, not wallowing in temporary defeat. As Paine stated, “Tyranny, like hell, is not easily conquered; yet we have this consolation with us, that the harder the conflict, the more glorious the triumph.” The future will forever be conservatives’, regardless of the past, or even the present.