Unholy Alliance: The Church and the Welfare State 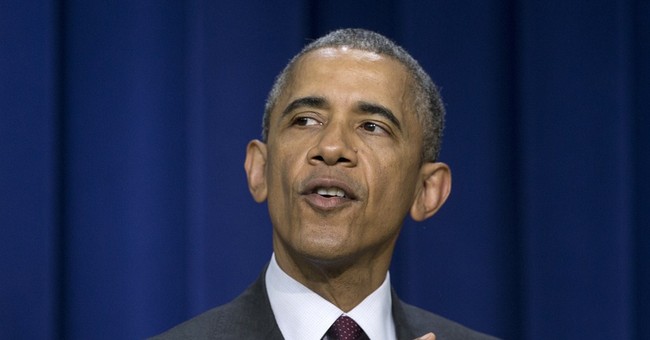 The 120 faith leaders attending the recent Georgetown University "Catholic-Evangelical Leadership Summit on Overcoming Poverty" submitted meekly to the guilt trip laid on them by President Obama as he flogged the church dignitaries to energetically support more government aid to the poor. They seem oblivious to the stark conflict between the Obama vision for humanity’s dependence on the all-almighty state and the diametrically opposed Christian vision of humanity’s dependence on all-mighty God. His stealth mission is to change the culture by replacing centuries-old Christian charity, which is accountable and faith-based, with government gimmees that create a dependent class dependably voting forever for their Santa Claus.

Holy reality, church dignitaries: Obama doesn’t like you. You are his competition. In an America founded on Christian principles, he is wrestling you for dominance as the culture’s arbiter of morality, and you don’t even get it. He is bent on using the sacred Eucharist of “social justice” to trump your musty old-time religion. And he’s winning.

That’s why he bashes Christianity for taking back the lands the terrorist Muslims captured by bloody force nearly 1000 years ago, and equates the Crusaders with the jihadists who torch and behead human beings all over the world in 2015. That’s why his “Justice Department” prosecutes the Little Sisters of the Poor for refusing their employees abortion-causing drugs, instead of giving these humble nuns the Presidential Medal of Freedom for aiding the destitute elderly for over 100 years. The commander in chief is why military chaplains are reportedly being required to marry same-sex couples and forbidden to pray “in Jesus’ name.”

Obama’s scolding is unfair too: Christians through the ages have answered Jesus’s compassion call. Christians decades ago founded most of the organizations doing the charitable heavy lifting to aid the sick and needy in America and around the world, groups like the Salvation Army, the Red Cross, Compassion International, World Vision, and Catholic Charities to name a few.

Mr. Obama perverts the very character and basis of Christian generosity. Certainly Jesus stressed caring for the destitute, but he didn’t mean we should indefinitely support the able-bodied who can work but who’d really rather not, thank you, when government checks and subsidized housing stand ready to take care of the basics. While Jesus often reminded his followers to give to poor “widows and orphans,” which were the largest impoverished class in an era when virtually all men worked, he never said, “give your money to the government so they can give it to the poor.”

The same Bible that Obama is so fond of quoting when he’s stumping for welfare is fiercely pro-work. Jesus’ main man, the apostle Paul, put it bluntly: “If anyone is not willing to work, let him not eat. For we hear that some among you walk in idleness, not busy at work but busybodies. Now such persons we command and encourage in the Lord Jesus Christ to do their work quietly and to earn their own living.” II Thess.3:10-12.

In work, there’s the joy of achievement, one of the great satisfactions of our earthly lives as God-created human beings. God knows that joy is part of his plan for us. That’s why he gave us each individual talents and unique potentials. Accomplishing something adds meaning to our lives, whereas lying on the couch playing video games, waiting for the government check – not so much.

Of course, all of us agree that for those who can’t earn their own living due to illness or disability, the safety net should be available. That’s what it’s for. Traditionally, the church and neighbor helping neighbor stepped in to help. They knew who needed help, what kind of help, and for how long.

When help is local it’s kept honest but when it’s doled out by a huge, distant bureaucracy it gets out of control and corrupt as has America’s welfare system. Fifty years after President Lyndon Johnson declared his “War on Poverty” the poverty rate has shifted little from the 14% it is today, even though government spends 16 times more, adjusting for inflation, on anti-poverty programs than it did when the War on Poverty started.

And does anyone really believe that in the richest nation on earth, with unemployment under 6%, fully half of our citizens are so needy they require some form of government assistance? When the welfare system rewards single moms with bigger checks the more kids they have, and reduces payments if there’s a man in the home, is it any surprise when children are fatherless?

Food stamp assistance has risen 70% on Obama’s watch, partly because states are rewarded for more sign-ups, partly because Obama diluted the welfare-to-work rules of the Clinton/Republican welfare reform legislation, and partly because of creative taxpayer-funded advertising campaigns that have attracted so many more users that they now actually number nearly 48 million of our 300 plus million citizens. Obama also changed the rules so people with higher incomes can get food stamps, assuring more permanent Democratic voters in what was once the middle class.

Census records reveal that today’s “poor” show little resemblance to the woebegone Dickensian dummy the liberals drag out whenever there is talk of trimming welfare. Forty-two percent of “poor” households actually own a (typically three-bedroom, 1 ½ bath) home, and in fact the average American classified as “poor” by the U.S. government has more living space than the average citizen living in Sweden, France, Germany, or the United Kingdom. That’s the average citizen, not those deemed “poor.”

Nearly three-quarters of America’s poor have a car or truck and 31 percent have two or more. More than half of poor families with kids have a video game system such as an Xbox or PlayStation; forty percent have a wide-screen plasma or LCD TV. Obama laments what happened to the middle class? Many have a very comfortable lifestyle being “poor.”

Meanwhile, organizations such as World Vision and Catholic Charities take grants from the government and use the money for charitable outreach. Sounds great. But with the handouts come subservience to government rules that often clash with Christian religious values. Kids are the losers when Catholic Charities shut down their adoption services rather than let same-sex partners adopt as the government demands. “Anti-discrimination” rules pressure Christian charities to hire employees hostile to their religious principles. If they take government money, Christians operating services such as soup kitchens are admonished not to “prostelize.” The administration didn’t renew a contract with the US Conference of Catholic Bishops to provide services for human trafficking victims because the group wouldn’t provide referrals for contraception and abortion to sexual assault victims.

Christian leaders must face that this clash between religious freedom and big government isn’t going to end. It will just become more incendiary if the Supreme Court forces same-sex marriage on the nation and the government can reinforce its claim on the church’s moral turf.

Barack Obama sees Christianity as merely an agent for his “social justice,” another term for “wealth redistribution.” But what big-government enthusiasts like Obama call compassion -- taking from those who earn it, and giving to those who want it -- is known in the Bible as stealing. Of the Ten Commandments, two forbid taking the fruit of anyone else’s labor; No. 8: Thou shall not steal, and No. 10; You shall not covet…anything that is your neighbor’s.” Maybe the next summit could include some Bible readings.