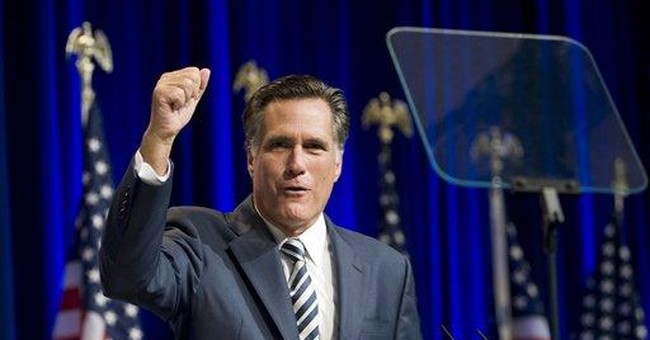 A little bit of wisdom that was shared with me not too long ago. “God gave us a Powerful gift – your mind. As you look around at any object, it began as an idea in some one’s mind. Any change of situation begins as a thought.” Indeed there is infinite power in an idea.

There is a film I recommend everyone rent and watch. It is called “Amazing Grace.” It is the story of William Wilberforce and his struggle to end the slave trade in the British Empire.

During an especially poignant moment, the former slave and abolitionist, Olaudah Equiano, opens his shirt displaying the brand burned into his chest when he reached the West Indies from Africa. In his words it was a mark that let him know that he no longer belonged to God, but to men. This moment in the film is striking not because it affirms the cruelty of slavery. Slavery was/is not evil because of its cruelty, but because it violates the natural state of man by reducing the divine to the profane.

For me this moment eloquently illustrates the seed idea of conservatism—that all men belong to God! Thomas Jefferson was equally eloquent when he said that “some men were not born with saddles on their back and others with boots and spurs to ride them by the grace of God.” Jefferson of course codified this idea into the Keystone document of our Republic.

It is the assertion of divine ownership that is the basis upon which we claim our liberty. The natural rights of man emanate from this simple truth: God made man free and independent. As free men, we must own our bodies, our ideas, and the fruits produced by same. No man or no government can morally lay claim to that which God has made ours through his grace and mercy. It is upon this concept that rights are properly defined; upon this rock that America was founded and this idea that is the bedrock of conservatism.

Not too long ago I was in my home town of Denver, Colorado. I was speaking at a luncheon sponsored by the Claremont Institute of which I am a Lincoln fellow. I was on the phone with a very old and dear friend of mine trying to make plans to meet following the event. “The Claremont Institute?” She asked, “What is that?”

I responded, “It’s a think tank devoted to restoring the founding principles to our national life.”

“Uhm exactly which of the founding principles do you disagree with?” I responded.

I have made it my habit to never admit to being a conservative unless I am allowed to define what that means. It is routinely and wrongly asserted that the conservative objects to change. Frankly it is a fallacious argument the new left routinely makes and one conservatives far too frequently – and to our detriment - neglect to refute. The fact is that to conserve has never meant simply arguing for the status quo. Conservatives might be more properly understood if we referred to ourselves as conservationists.

Like conservationists conservatives are not content with current conditions. Rather they are both seeking to prevent the depletion of some treasured resource. Both Conservatives and conservationists act to defend and protect; to restore, to supervise and nurture those things essential for the survival of a society or culture. Preservation is achieved through education and prudent management or husbandry.

For many citizens stepping forward and demanding that we conserve trees or some rare species of bird is looked upon as a noble undertaking. It is a pity that some of those same eyes view the act of conserving, defending, restoring and supervising the prudent management of the principles upon which this nation was founded as a whacky or evil endeavor.