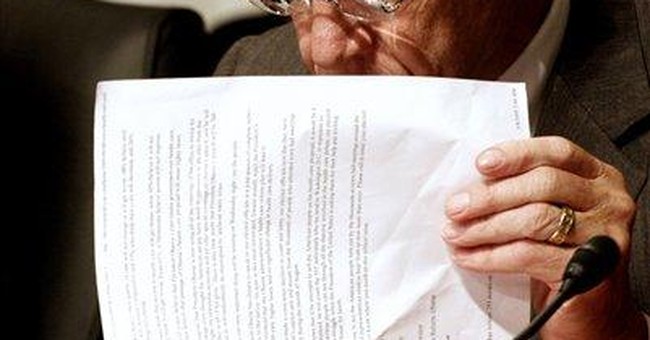 In his first year in office former president Bill Clinton, who had run as a centrist, was drawn into the new left vortex of socialized healthcare, which led to a resounding defeat for Clinton and the Democrats in the 1994 mid-term elections. Current President Barack Obama too is attempting to reform healthcare and like Clinton has seen his popularity sink. Some political pundits are drawing comparisons between the two administrations and positing that democrats are setting themselves up for a bit of a spanking come 2010. It is, as Shirley Bassey sang, “all just a little bit of history repeating.”

In 1994 the political right offered voters something more than simply criticism of the President. Republican members of the House of Representatives presented voters with the “Contract with America.” This document, signed by all but two Republican congressmen and all of the Republican congressional candidates, detailed the specific legislative action Republicans would take if the American people handed them the reigns of government. The contract was a “detailed agenda for national renewal, a written commitment with no fine print.”

At the time of this writing I am not aware of Republicans having any such detailed agenda nor, unfortunately, am I confident that there is one in the works. I have a recurring nightmare that we will all awake on January 1st with a President and Democrat congress weakened by continued economic malaise, a healthcare boondoggle and threats of huge energy taxes designed to save the planet only to be greeted with the Republican mantra of tax cuts – a tune that has become monotonous and rings rather hollow, due primarily to Republican complicity in building the ship that delivered us to these rocky economic shores.

And yet like 1994 over-reaching by the new left has provided Republicans with a huge political opportunity to perhaps retake the House of Representatives or at the very least deny Democrats their filibuster proof majority. But in order to convince voters that the right is prepared to drive domestic policy the GOP needs more than complaints and criticism; they must present a committed and detailed agenda.

Rather than call it a “Contract with America,” which seems a bit old hat, we can perhaps refer to this as a Political Warranty – a warranty that if the GOP is returned to power they will be bound to a short-list legislative agenda aimed at delivering true healthcare reform, true education reform and truly trying to realize a post racial America.

I am not talking about rhetoric or an articulation of principles. Alas, Republicans are all too adept at articulating principles; they have as of late been rather lackluster in conveying specific policy.

What is the specific legislative action the GOP is going to take to increase competition in health care? How willing is the GOP to buck the system and remove barriers to insurance purchases across state lines? To removing obstacles to new insurance companies entering the industry? How committed is the GOP to instituting real tort reform? True price and quality transparency? Are they willing to butt heads with the AMA and make it easier to build new medical schools in order to train more doctors?

Republicans talk about education reform, but what is the specific legislative action they promise to take in order to remove decisions about k-12 education out of the pockets of the bureaucrats and back into the hands of parents? How will they encourage innovation? How will they rebuild our vocational schools to meet the needs of the 21st century?

Finally, criticism of the President for not moving the nation beyond race means very little without a GOP re-commitment to being the post racial party. Republicans must warranty that they will be most committed to legislation that furthers the battle against discrimination of all kinds. Further the warranty must make it clear that the party will not tolerate bigotry of any sort within its ranks.

I will leave it to others more politically astute than I to fill in the blanks, but the questions must be answered. The GOP has a real opportunity to become the true party of reform, but history will not simply repeat itself without a little nudge.