How Wooden Arrows Will Save America 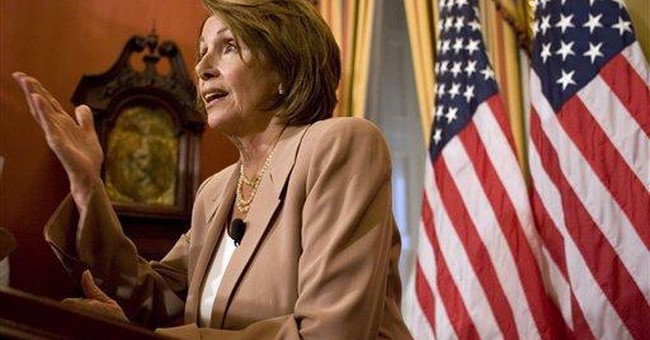 America is on the precipice of Great Depression II: Free Markets Bugaboo. We are in fact teetering on the brink, and if you don't know what teetering is, suffice it to say that anything that sounds like a titmouse in its death throes cannot be good.

And do you know what's going to save us? What, let failing companies fail and have their assets bought up by companies that know what they're doing? No. Resist the urge to socialize financial institutions? No. Avoid a bugeyed panic every time politicians in an election year want you believing you couldn't live to see tomorrow without them? No, no, no.

Admit it — you don't know what's going to save us. Fortunately, a governing elite in Washington does. True, their bailout bill is a big bunch of hooey. True, it sets a dangerous precedent that is bound to be abused repeatedly. What you're missing is that it's supposed to be those things.

This bailout bill is, in fact, a carefully constructed haystack hiding a very important needle. You see, a tiny part of is critical to our national security, and it's so vital that it requires a $700 billion pile of straw to hide it.

What is it? Let me whisper it to you. I'll give it to you in just two words: wooden arrows.

Think about it. It's brilliant. None of us could have seen that coming. You can bet nobody in the European Union, Russia, the Middle East, China or elsewhere thought of it. Only our Congress and our White House with all their access to incredible information resources could come up with that — and then make it look like just another one of countless other piddling legislative add-ons.

Those of us deep in the American hinterlands may be excused for questioning the wooden arrow excise-tax exemption and all the manifold other bizarre insertions into the federal bailout bill. Of course it seems to us very strange that, for a bill supposed to ward off financial collapse so imminent as to be mere hours away, our congressmen are tripping over themselves to stuff it with all kinds of trivial earmarks, special favors and graft.

But that's the brilliance of it. If Americans think that Congress and the White House are just conducting the same old disgraceful Washington-business-as-usual, then our rivals and our enemies aren't going to suspect anything. They'll miss the strategic importance of the wooden arrows entirely till it is too late.

You may wonder how wooden arrows could be so critical to the security of this great nation. The process is surprisingly simple:

So go ahead. Say that those politicians in Washington are making hay with this trumped-up bailout bill. But if you see one when you're saying it, give him a significant nod. He'll understand.