Why Remember the Holocaust?

Jonathan Feldstein
|
Posted: Jan 27, 2022 10:20 AM
Share   Tweet
The opinions expressed by columnists are their own and do not necessarily represent the views of Townhall.com. 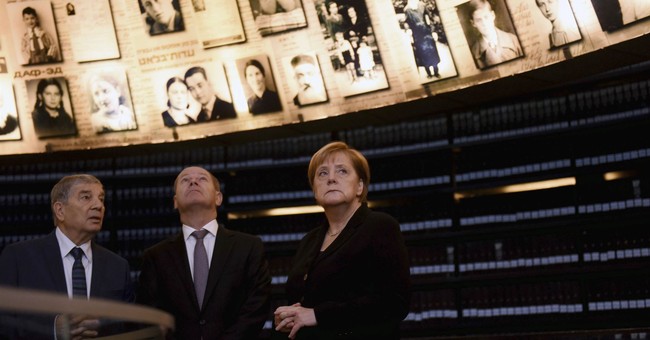 This week, the world commemorates International Holocaust Remembrance Day on the anniversary of the 1945 liberation of Auschwitz, one of the Nazi’s most infamous death camps.  Now, 77 years later, when the youngest survivor is in their 80s, and the youngest Nazi war criminal is in his 90s, why do we remember the Holocaust at all? Why still chase and bring to justice Nazi war criminals? What are the challenges going forward in a generation where there are no more survivors to tell their stories, and in a world of increased Holocaust denial and distortion?

This week, most Holocaust related stories you’ll read are about the increasing number of deaths that take place year to year among aging survivors, and of some of their miraculous stories of survival, despite their suffering and in many cases, the murder of their entire families. Many will write about the shocking and embarrassingly high level of poverty among survivors, living their final years suffering a different kind of fear and survival that they suffered when they were young men and women.  There are needs but there are also ways people can help.

For those of us who did not live through or suffer the unspeakable horrors, and in an era of historical revisionism or relativism, or both, why is it important to remember at all and how is this done?  One doesn’t go to college to become a Nazi hunter, but today Dr. Efraim Zuroff is just that, in addition to being one of the world’s leading Holocaust historians.  He’s a widely sought out authority who has many successes under his belt, and made a few enemies along the way as well.

Dr. Zuroff explains how even if they are old and feeble now, bringing remaining Nazi war criminals to justice is imperative.  Among the reasons is that letting them off is an injustice to the memory of their victims. It also allows others to think that after a certain amount of time passes, their crimes are no longer worth prosecution.  Surprisingly, there are still many Nazi criminals and their collaborators out there. One reason is that there were so many Nazis and their accomplices to begin with.  And another is that people are just living longer. But once they are found and their identities proven, what should be done with these old people who made murdering Jews a central point in their lives when they were young?

Some of the more egregious examples of obstacles overlaid with nationalism and antisemitism today includes a recent Polish law that make it illegal to refer to “Polish” death camps, “Polish” genocide, or other atrocities in Poland that were part of complacency with the Nazis, and indigenous Polish anti-Semitism, even if the Poles were also Nazi victims.  Another more recent law all but prevents Jews from reclaiming personal property that was stolen by non-Jewish neighbors and/or nationalized by the communists, or both.

While some western European countries have confronted their past and complicity in the Holocaust, many haven’t.  Germany is a model of where the country has understood their collective guilt, and done much to make reparations and reconciliation, instill Holocaust education in their schools, and come to terms with what they did.  Yet particularly in the post-communist countries of eastern Europe, there are added challenges to any reconciliation. As they try to build national identities free from the cloud of Soviet communist control, they look for national heroes and narratives of proud nationalism. In many cases, however, they don’t care and don’t see any contradiction if their heroes’ hands are stained with Jewish blood.

Many also seek to rationalize that the communists also committed mass murder so there’s no difference in the end between mass murder and genocide, and therefore everyone is equally guilty. Accordingly, the genocide in which one third of the Jewish people were murdered is no worse and not unique from the atrocities of others, and especially if they have to confront the fact that many of their fellow citizens, and new national heroes, were guilty and willing Nazi accomplices.

There’s too much to lose in not remembering.  This week, if it’s the only time we actually do pause to remember, it’s imperative that we do so.

Author's note: Join an enlightening conversation with Dr. Efraim Zuroff about his life, history of the Holocaust and tracking down Nazi criminals, and why remembering remains so important today.