Jonathan Feldstein
|
Posted: Sep 16, 2020 10:38 AM
Share   Tweet
The opinions expressed by columnists are their own and do not necessarily represent the views of Townhall.com. 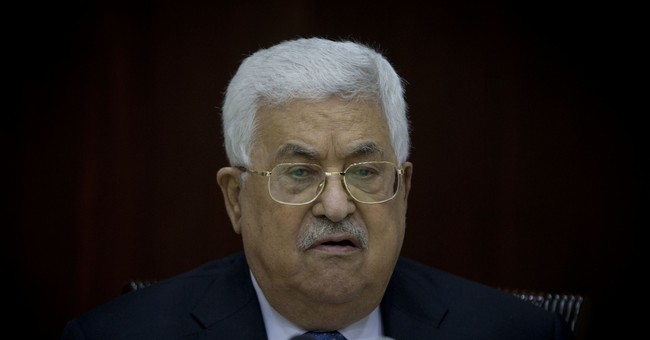 Like most Israelis, I was glued to the TV listening to the speeches and watching the ceremony of the signing of declarations of peace between Israel and both the UAE and Bahrain. Historic is an understatement. It brought me back to the day in March 1979 when Israel signed the Camp David Accords with Egypt, ending decades of hostility.

Since then, Israel making peace with its Arab neighbors has been more or less a once-a-generation occurrence.  Indications are that one or more of as many as five other Arab countries may also be on the verge of making peace with Israel as well, making this a more regular occurrence. If we add the four that now have peace with Israel, and project that there could be another four to five, it’s realistic that in this generation we could see Israel at peace with a third or more of the 22 nations of the Arab League.   That’s all the more significant given the state of dysfunction experienced by so many of the rest of the states of the Arab world, failed states that have no short-term prospect for peace domestically, much less with Israel. Nevertheless, looking at the prospects for peace, it’s an optimistic way to go into this holiday season, and something to pray to become a reality.

I have to admit that I was skeptical, wondering if gestures from our Arab neighbors were real.  After all, it was this month in 1993 that Israel signed a purported peace deal with the PLO at another White House ceremony with similar hope then about what we have today vis-a-vis the Emirates and Bahrain.  The Oslo Accords were a bust because even though the PLO officially recognized Israel in an exchange of letters a few days earlier, it was clear immediately that the recognition of Israel and Oslo Accords were a Trojan Horse to fulfill the PLO’s true goal of destroying Israel.  Indeed, 25 years and thousands of Israeli lives and casualties later, the PLO withdrew its recognition of Israel.

As the Arab world comes to realize that Israel is not an obstacle to peace but a cornerstone of it, hopefully the agreements this week will be more sincere, long lived, and mutually beneficial, ushering true peace to the Middle East.  And hopefully, the peace agreements this month will forever overshadow the fake peace that the PLO promised and either never intended to or could deliver a generation ago.  Let us hope that September 2020 becomes the defining paradigm of relations between Israel and its neighbors, not September 1993, or September 2000 when the unscrupulous terrorist Arafat unleashed what’s now called the Second Intifada.

Hopefully, this week’s milestone will have Palestinian Arabs looking carefully and talking among themselves.  With the Jewish High Holiday season of deep introspection and prayer upon us, it wouldn’t be a bad thing for them to learn from us a little bit.  Other than realizing that their leaders have failed them, they should see this week’s peace agreements offer another model.

Now, the Palestinian Arabs have another model, a model that sees living in harmony and to one another’s mutual benefit, without war or threats. It’s a model that shows Palestinian Arabs, who had no real national identity before 1964, that a conglomerate of desert emirates can unite and build an ultra-prosperous country without any particular history. And that the country that these emirates would establish could thrive, and not have Israel as an impediment in doing so.   If the Emirates can do it, there’s no reason that the Palestinian Arabs can’t.  But they need to come to the table and leave behind war, terror, threats, and incitement.

If the rest of the world in general wants to see Palestinian Arabs uplifted, they should look at the model from this week and stop enabling them with funding that fuels their fantasies.