The World Responds to Help Children Devastated by Fires in Israel

Jonathan Feldstein
|
Posted: May 24, 2019 9:38 AM
Share   Tweet
The opinions expressed by columnists are their own and do not necessarily represent the views of Townhall.com. 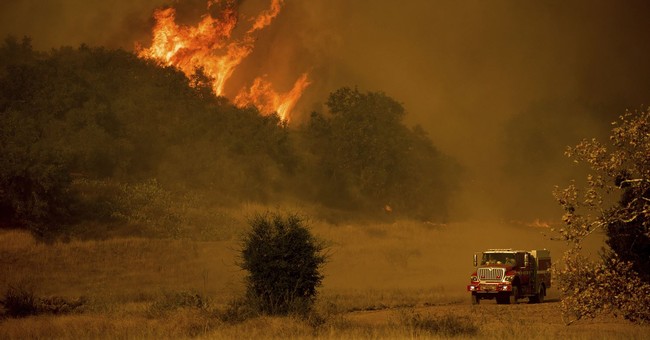 Israel needs your prayers, and help.  Almost overnight, wildfires broke out, scorching acres, burning dozens of houses including entirely destroying a whole community. Over 3500 people have been evacuated as Israel braces for more. So far.

Israel is considering declaring a national emergency due to fear of the spreading of existing and igniting of new fires. Temperatures are expected to reach a sweltering 110º F in areas between Jerusalem and Tel Aviv. The Dead Sea and Jordan Valley are expected to see even higher temperatures, as much as 118º F at the lowest place on Earth.

Parallel to this, on Thursday, Prime Minister Benjamin Netanyahu instructed the Foreign Ministry to reach out to nearby countries for “immediate” help to put out the hundreds of fires that were ravaging the country.  In response, the Foreign Ministry said Italy, Greece, Cyprus and Croatia were sending help, but the aircraft and their teams would only be able to depart for Israel on Friday, leaving Israel still vulnerable as the temperatures climb and the potential for more fires is expected to continue.

But the tangible impact of many of these will be months away.  In response, and to undertake a targeted immediate effort to help, the Genesis 123 Foundation and Run for Zion has launched a campaign to help those who are the most vulnerable: the children.

Of more than 3500 evacuated, most are children. Among families whose lives have been disrupted temporarily, and certainly for those whose family homes have been destroyed, the trauma is great.

You can join the Genesis 123 Foundation. Pray for the people impacted and the land.   You can also join to make an immediate and tangible impact. Through a crowd funding campaign that’s been established, The Genesis 123 Foundation will help replace children’s toys and games immediately so they can be comforted as their families deal with trauma and loss.

This will also serve as a respite to entire families as parents who have suffered, and are counting their blessings that nobody was hurt, still have to deal with their loss and recovery which may cause extra strain on their ability to care for their children. Not all parents are equipped to help their children understand how and why this happened. Toys and games will help, even through play therapy.

The Genesis 123 Foundation is partnering with Israeli toy manufacturers, distributors and stores to purchase new toys and games at cost. This way, every donation will have the maximum impact.

Mevo Modiin, a community of some 250 people is located in the Ben Shemen forest east of Tel Aviv. Or, it was. It is one of several communities completely evacuated Thursday, to get residents to safety and out of the way of the raging flames. Eighty percent of the homes in the town were damaged or destroyed by the fire, according to the Ynet news site. Pictures showed a massive wall of flames sweeping though the community, and homes and cars completely destroyed by the fire. This was aided by record setting temperatures and strong winds.

Firefighters and other communities were bracing Friday for a fresh outbreak of wildfires, with temperatures expected to soar across the country again, a day after hot and dry conditions caused a rash of fires that consumed buildings and forced thousands from their homes.

Residents of nearby community, Gimzo, evacuated themselves, and rescued sacred Torah scrolls from their synagogue as the flames advanced.

In addition to Mevo Modiin and Gizmo, a spokesman for the Israel fire service said that Israelis had been evacuated from the central towns of Tarum, Neot Kedumim, Kfar Daniel, Kfar Uriya, Karmia and Harel. As a result, major roads were closed in areas abutting these communities, snarling traffic as Israelis headed home for the weekend. Preparations were being made to evacuate thousands of more Israelis, including ones in the central towns of Shilat, Kfar Ruth and Lapid. Hopefully the fires won’t spread further.

While it’s not believed that the current flames were started by arson, Israel is gearing up for the risk of Palestinian Arab terrorists in Gaza stepping up their own deliberate arson campaign.  For months, terrorists have used balloons, inflated condoms, and kites to send incendiary devices and burn hundreds of acres of farm land and threaten nearby communities.

Overnight Thursday into Friday, Genesis 123 Foundation board members prayed and asked what could be done. Rather than setting huge and long-term goals, the decision was made to help children by replacing their toys.

Funds raised in excess of what the need is to buy and replace toys will be used to buy and plant trees, restoring dozens of acres that have already been damaged.

Please pray that the fires don’t get worse and those impacted recover physically and emotionally. You may also go to the Genesis 123 Foundation campaign or email info@runforzion.com for more information.