Jonathan Feldstein
|
Posted: Apr 18, 2016 11:51 AM
Share   Tweet
The opinions expressed by columnists are their own and do not necessarily represent the views of Townhall.com. 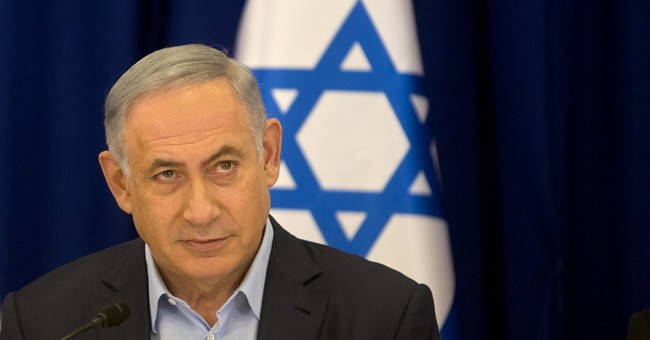 Silly me. When I heard reports throughout Israeli national media about three Palestinian Arab youth missing for nearly two weeks, I was concerned on two parallel levels. First I was concerned that because if Israeli media was reporting the missing youth, there must have been serious concern that something bad had happened to them: Something so bad that it was even relevant to Israelis and noteworthy in our media. It’s rare that Israeli kids go missing as in other western countries making the notion of Amber Alerts quite foreign. We have other concerns and threats, so that when a child goes missing, or a missing child is found, it is indeed national news. So naturally, that’s what I thought was going on.

I was also concerned that somehow these missing Palestinian Arab youth might have been harmed by misguided Israelis for political reasons. I prayed of course that the youth would be found safely, but that also if something had happened to them, it was not involving any Israelis. As remote as an Amber Alert situation is here, it’s even more so that Palestinian Arabs are the object of such violence directed at them by Israelis.

It never entered my imagination that the real concern regarding the three missing Palestinian Arab youth was not that something bad had happened to them, but that they were plotting to do something bad to others, in particular Israelis. The concern was that they were part of a mini terror cell on the verge of action. When they were found after a wide manhunt, it was affirmed that they were indeed ok. That’s assuming of course that the range of what’s “OK” includes plotting a horrific terror act against others which it seems was exactly what they were doing.

After they were found, it was confirmed that “Palestinian security forces arrested three Palestinians after finding grenades, guns, and an M-16 sub machine gun in their backpacks. According to the sources, the three were on their way to carry out a shooting attack against unspecified Israeli targets. The three were arrested in the village Arura, northwest of Ramallah.” The Israeli Security Agency (Shin Bet) took the suspects into custody afterward and is investigating. Fortunately, other than the manhunt that was taking place, the three aroused suspicion after they were noticed carrying unusually large backpacks.

Two of these “youth” live no more than 20 minutes from my home. They may have been plotting to attack on the road or near where I, my family and friends, or neighbors, were driving to work or grocery shopping. Except for one who is a teen, and the other in his early 20s, these were not the definition of what I’d call “youth.” Maybe the media referred to them as youth as disinformation in order to make these three think that they were not even on anyone’s radar.

There are a few things other than their being caught that are encouraging. First of all this incident displays a wide range of Israeli intelligence abilities. Second, the would-be terrorists were caught by Palestinian security forces. Third, this means that the Palestinian and Israeli security forces were in close contact to make the arrest. Fourth, the terrorists were transferred to Israeli intelligence for interrogation. All these together mean that there is hope, and means that at some level, despite the outrageous anti-Israel rhetoric that emanates from the Palestinian Authority daily, some are at least aware that terrorism is bad and cooperation with Israel is good and in deed in our mutual interest.

Of course there were predictable down sides in that Hamas terrorists railed against the Palestinian Authority for collaboration with Israel. This means Hamas will likely double down and try to carry out some terror attack for which it can take credit. Further, it will likely turn many in the Palestinian street against the Palestinian Authority, a catch 22 because of the rabid anti-Israel rhetoric coming from the PA that seeps down into Palestinian society (the truth is it doesn’t need much help), and then when they see the PA cooperating with Israel the negative backlash is inevitable.

Whether by design or by coincidence, the day after the arrest, Israel’s Prime Minister took a victory lap of sorts. Maybe the two were related, maybe not. At the start of his weekly Cabinet meeting, Netanyahu described why there’s been a recent drop in terror activity and the overall number of “successful” attacks.

“The main factor leading to the spread of terror, elsewhere and in Israel, is success,” Netanyahu said. “The degree to which we reduce the successes, we are reducing those who want to join those successes. That is the main thing that we are doing, and we will continue, as well as in parallel taking aggressive action against the Palestinian incitement.” He noted that he was talking about a significant decrease in the number of attacks with “caution, since this trend can change.” Yet Netanyahu credited the decrease in the recent plague of terror attacks to an “aggressive, responsible, and systematic policy that the government has led," contained both offensive and defensive elements, and “brought about a situation where the terrorist elements are succeeding less.”

As good news as that is for Israelis living under a cloud of fear and terror since September, and it is good, the problem in making public statements to that effect is that though it’s reassuring to Israelis, it’s almost certain that there will be other terrorist wannabes who hear this and think to themselves that there’s no way Netanyahu is going to win, much less take credit for doing so. I pray I’m wrong but don’t be surprised if you hear news in the coming days of Palestinian Arabs’ enhanced threats, and actual wielding of knives at Israelis, trying to run us over with their cars, or some other impulsive (or planned) way of harming or killing us all in the name of whatever cause and god they serve.